From Lucasfilm comes Willow, an all-new action-adventure series based on George Lucas’ 1988 fantasy-adventure film Willow. It is slated to premiere on Disney+ Hotstar on 30 November 2022, with subsequent episodes releasing every Wednesday.

The story began when an aspiring sorcerer, played by Warwick Davis, is whisked away on a journey to protect an infant empress Elora Danan and vanquish the evil Queen Bavmorda from their world of Andowyne. Now, the story continues with Davis reprising his titular role, as he leads an unlikely crew of heroes on a quest to protect Andowyne from an even larger foe than they had imagined possible. Willow also stars Ellie Bamber, Ruby Cruz, Erin Kellyman, Tony Revolori, Amar Chadha-Patel, Dempsey Bryk, and Joanne Whalley.

Courtesy of Disney+ Hotstar, we received the opportunity to interview Dempsey Bryk (Airk) & Ruby Cruz (Kit). This interview has been edited for clarity. Stay tuned for the video version of the interview and our review of the series.

Did both of you watch the original Willow movie or were you fans of it before joining the cast?

Ruby Cruz: I wish we could say we were.

Dempsey Bryk: And we are now, of course. We’ve seen it a million times, it’s a beautiful movie. It’s really special. The thing was, I remember when I was auditioning, there are secret sides, because Lucasfilm, you don’t even know what you’re auditioning for.

Our showrunner, Jon Kasdan, wrote this scene where I’m in a bar flirting with a girl and we send it off and I get onto a Zoom with Jon, and he’s like, “have you seen Willow?” And I was like, “oh, no.” And he was just like, “oh, god, okay.”

Is that true, Jon?

Ruby Cruz: He watches all our interviews to make sure we’re on.

Jonathan Kasdan: I thought you said yes, so now, apparently…

Ruby Cruz: You told him to watch it, and then, do it again.

Dempsey Bryk: Yeah, that’s true. And then I watched it and it was beautiful, and there’s like a heart to it, just like an authenticity and I think that’s from Warwick (Davis). But yeah, that’s my story.

Ruby Cruz: Yeah, I hadn’t seen it either but once I was attached to the project, I definitely wanted to experience it the way it was meant to be experienced so what I did was I went to my living room and I took the TV from my living room and I dragged it into my room and put in front of my bed so that I could explode my senses.

Ruby Cruz: Yeah, that was probably the craziest part. Just to be front row to his magic show. He did magic on and off set.

Dempsey Bryk: He was, honestly, in a way, really magic because he’s just got this presence and I think that anyone who’s seen the original Willow would attest to that. He’s just genuine, he’s just kind and nice, and that was the thing that first struck me about being on set with him. 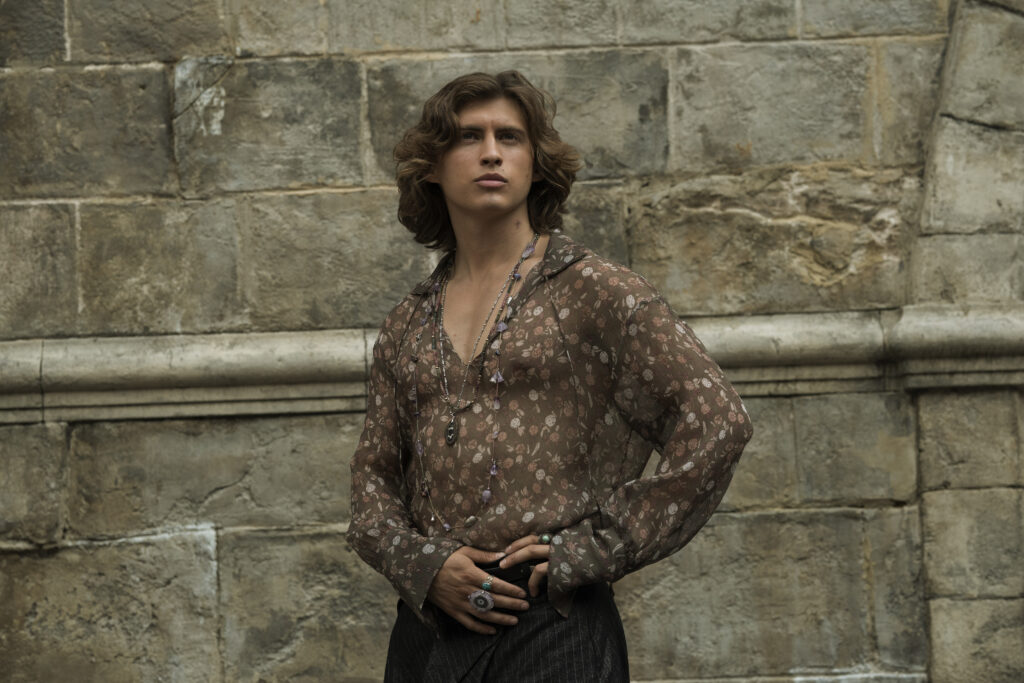 For the monsters that you fight in the series, it looks like a lot of them were accomplished with practical effects. Is that true, or were they mostly CGI?

Ruby Cruz: Oh, yeah, the monsters are real. (laughs) But no, actually, the Scourge, are we able to say the names? Whatever.

Ruby Cruz: I mean, yeah, he was like seven feet tall, so they put him in this like, foam giant, his whole face was covered and his head was in this huge cage with goop oozing out and they were like, they had this tube in there to give him water.

It was so detailed and it was so incredible, the costumes, the props and the special effects were just like unbelievable, unbelievable calibre.

I’ve read in the production notes that the cast attended a boot camp. What was it like, learning to swordfight and horse ride?

C.C. Smith was the leader and my stunt double and trainer was Neil Chapelhow. They just took time to just teach us everything that they could in the amount of time they had and the dream to do your own stunts was finally realized.

Ruby Cruz: It was so, so crazy that I was capable of it.

Ruby Cruz: Thanks, you too.

News
This Is Why The Halo Infinite Map Feels Unfinished

Halo Infinite finally launches today on 8 December 2021, or later tonight at 2am GMT+8 on 9 December 2021 for those living in Southeast Asian countrie...

News
Days Gone Director: If You Love A Game, Buy It At Full Price

On a recent episode of David "I Made Twisted Metal" Jaffe's YouTube show, he featured another developer in the spotlight in the form of Days Gone crea...