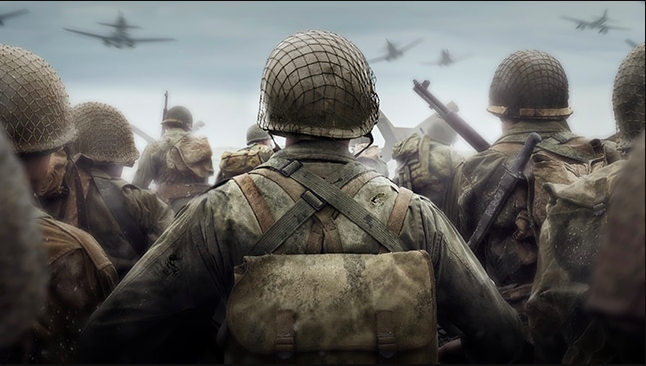 A couple weeks back we wrote about how Activision sneakily applied for a patent application for an in-game engine to manipulate multiplayer matchmaking experience to subtly drive its users to perform microtransactions. And they are at it again!

First uncovered by Dotesports, the self-explaining patent application by Activision Publishing Inc entitled “SYSTEM AND METHOD OF IDENTIFYING PORTIONS OF VIDEO GAME STREAMS FOR DRIVING MICROTRANSACTIONS” was filed on October 21 2015 and is yet to be granted. At first the application read as replay tool ala enhanced killfeed for multiplayer games but the sinister nature of the application is shown later on as the microtransaction-driving mechanicsÂ rears its ugly head.

The extract of the patent application read:

If our understanding is correct, this method will display details of the weapon, most probably of the one that just killed you in game and how and where to get it via an established microtransaction system. The Summary section of the application read:

“In some instances, a metadata track may include micro-transaction information that identifies an item available for purchase. In some instances, the item may include a virtual item depicted in a corresponding video game playback, or a real-world item advertised as an overlay over the corresponding video game playback. In some instances, the metadata track may include hotspot information that indicates selectable coordinates on the video game playback corresponding to the item available for sale. For instance, in a shooter game, a location on the display (e.g., pixel position) of a virtual weapon that may be purchased by the viewer for use in the viewer’s gameplay may be encoded in the metadata track. In this instance, during playback, the viewer may be able to select the location (e.g., the â€œhotspotâ€), which causes a purchase transaction to occur. The purchase transaction may cause the virtual item to be made available to the viewer when the viewer plays the video game. Similarly, an advertising item may be selected to cause a purchase transaction for a real-world item to be initiated.”

So how about that. In your moment of frustration, anger and most vulnerable, verging on a tilt, the game tells you “HEY LOOK! THIS IS WHAT THE DUDE WHO JUST KILLED YOU IS USING. BUY IT NOW. RIGHT HERE. RIGHT NOW. CLICK TO BUY!”. Abusing human impulsiveness and emotion, the patent manipulates you to rage-buy items to gain parity in your gaming. Now imagine if they paired it with the aforementioned patent application. Nothing is stopping them from doing so anyway.

While for some the dodgi-ness of this application *probably* is nowhere close as the first one we discussed about last time around, it still reflects Activision’s *cough* active stand in perpetuating microtransactions in their games. OK we get it. Publishers need to sell more games and if there’s an opportunity for them to eke that extra cent from their customers, it is their duty to their shareholders to do so. However, we vehemently oppose any move to make microtransactions as the essential feature in full-paid games to levels of free-to-play titles. And this application paves the road for that.

We understand that none of these systems have been implemented into Activision’s more recent games and fingers crossed, they never will be. Just it still leaves a bitter taste in the mouth knowing how some publishers are fully on-board to a point that they are filing patent applications tailored to manipulate their customers. That is just wrong. We may have misinterpreted the patent application so feel free to take a gander at the application here yourself (if you wish so).

What do you think of this patent application and what is your stand on microtransactions in full-priced, AAA games? Comments section is right down below.

Ubisoft Doing Well, PC Gaming Is Number One In Revenue