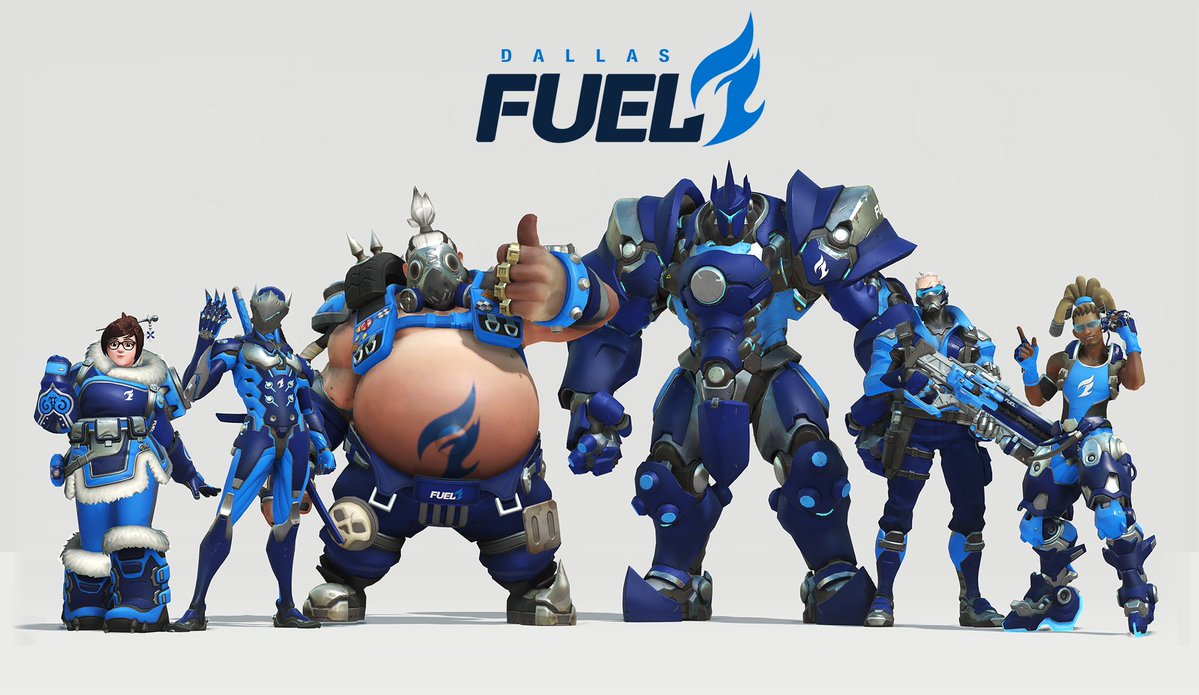 The Dallas Fuel fell 0-3 in the Overwatch League after losing 0-4 to Houston Outlaws earlier today. The highly popular team fielding a core of the most successful Western Overwatch team in history appear to be on the right path on day-1 despite narrowly losing to season favorites Seoul Dynasty and were expected to bounce back immediately. However, subsequent losses to teams many perceived to be weaker than Fuel; LA Valiant and Houston Outlaws cause many to question the team’s overall quality and whether they will ever be able to recover – for Stage 1 at least.

Featuring new faces to the team in support specialist Custa, tank main xQc and flex DPS Seagull, many expected to see Dallas Fuel to be spearheading the north American teams’ charge against the Korean teams’ dominance yet recent performances have totally flipped the form books. No one saw their back-to-back losses coming and the Overwatch scene is rife with suggestions that this team is in trouble and aren’t that great as on paper.

We have to disagree with it. While all credit to Los Angeles Valiant and Houston Outlaws for soundly beating Dallas Fuel, it was down to these teams having rapidly improved coupled with the fact that Dallas Fuel still in the midst of acclimatising with their new recruits. Both LA Valiant and Houston Outlaws are easily among the better teams in the OWL and results between these teams can go either way. Of course it is no excuse considering Valiant and Outlaws had more work to do in terms of finding that team chemistry compared to Fuel but hear us out.

The Dallas Fuel of old, EnVyUs was well known for pulling out unconventional tactics when taking on their opponents. This is a team known for their willingness to experiment, flexibility and ability to change approaches just like that and the addition of the earlier named players was proof of that philosophy.

This string of poor results isn’t down to the players’ mechanical skill. Any of the Dallas Fuel players would easily qualify as starters in other OWL teams and if you rewatch all their matches, Fuel, on multiple occasions were just one team fight or even one kill away from reversing the results. Even legendary teams aren’t immune to a bad patch of form – heck even Seoul Dynasty a.k.a Lunatic-Hai went through it in their last season on OGN APEX where they were swept 0-4 twice by eventual winners, GC Busan and look at where they are now. The point we are trying to make is that kneejerk reactions from fans won’t serve Dallas Fuel.

EnVyUs is an establishment known for their winning ways and we are confident they will get back to their groove much sooner than later. Perhaps lady luck wasn’t on their side considering their schedule which pits them against four top tier teams in their opening matches but the season is long – there are 37 matches left to be played! Their next one will be against another season favorites, London Spitfire so don’t expect that losing streak to end just yet (the Spitfire are flying high at the moment) but if there’s one team that is able to rise from the ashes, it’s the Boys in Blue and we are counting on seeing them lighting the OWL on fire as the season progresses.

Ganyu Is Broken: What This Means for Genshin Impactâ€™s Future