E3 2018: Sekiro Marks A Familiar Route For From Software

Let us go back to the way-back-when machine, during the early and late 2000s. Before From Software became synonymous with Dark Souls, Bloodborne, and “goddamn tough-but-fair JRPGs with so much goth & despair”, they used to make a ton of action games.

With Sekiro: Shadows Die Twice, revealed during Xbox’s riveting E3 press conference, it seems that the company is going back to its roots.

What do I mean by that? Sekiro is NOT an RPG. There aren’t any stats or leveling up in this game. There are no classes to pick from, no option to create your own ronin/samurai/person, and no souls to collect and lose when you die. We’ll talk about the death mechanic of Sekiro later on.

Sekiro is action-adventure gaming all the way. It’s set during the Sengoku period of 1500s Japan where youÂ play a shinobi with a mechanical grappling hook arm thingy and want to satiate his vengeance.Â Said arm is also capable of hosting a number of gadgets, which you can find scattered around the world.

That sounds pretty reminiscent of the trick weapons found in Bloodborne, so it’s not like they’re not putting in some Dark Souls/Bloodborne flavour. I mean, the trailer seems to show off a ton of human warriors small & big, and giant weapons. Oh, and a giant ogre dude and a mountain-sized snake thrown in for good measure because old Dark Souls habits die hard.

From Software’s Yasuhiro Kitao seemed to imply that the game may follow the Legend of Zelda template where you unlock new paths and stages when you come across a new item or weapon. 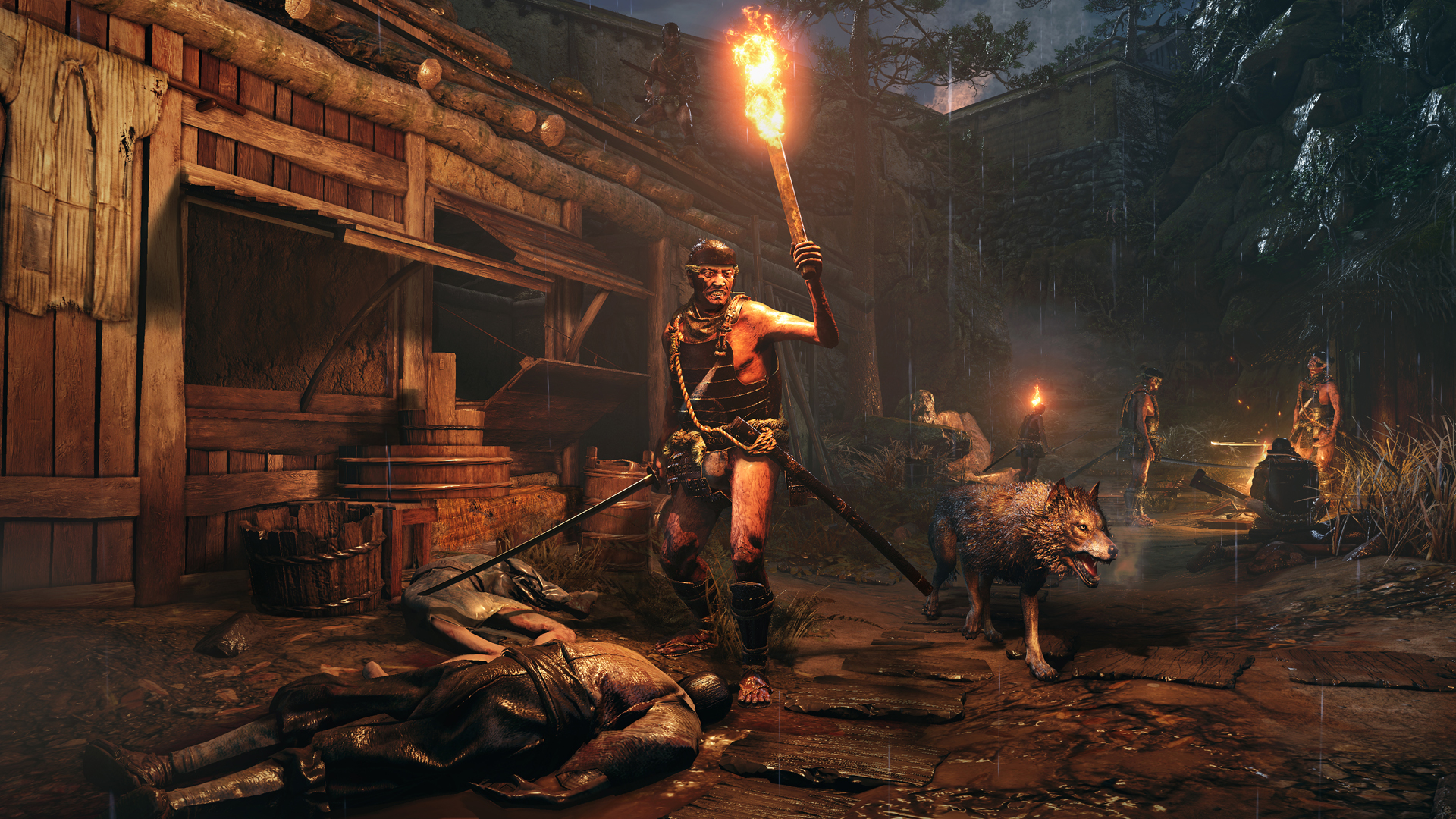 Our shinobi buddy wields his trusty katana on his right hand, but his left hand can use a plethora of gadgets we alluded earlier. Shields, axes that break shields and tough hides, firecrackers, torches: this ninja could out-gadget Batman if he could.

And as mentioned earlier, his grappling hook can either get him to high places or leap atop enemies and perform a downward sword thrust on their heads. Or you can pull off a Scorpion and pull them towards you for your blade.

So How’s The Fighting?

Glad you asked, giant-sized subtitle. Combat revolves around your shinobi’s posture. Attacking an enemy who blocks too much will whittle their posture level, and if it’s lowered enough you can perform a finisher on them. Of course, this applies to you too, so turtling is not encouraged. 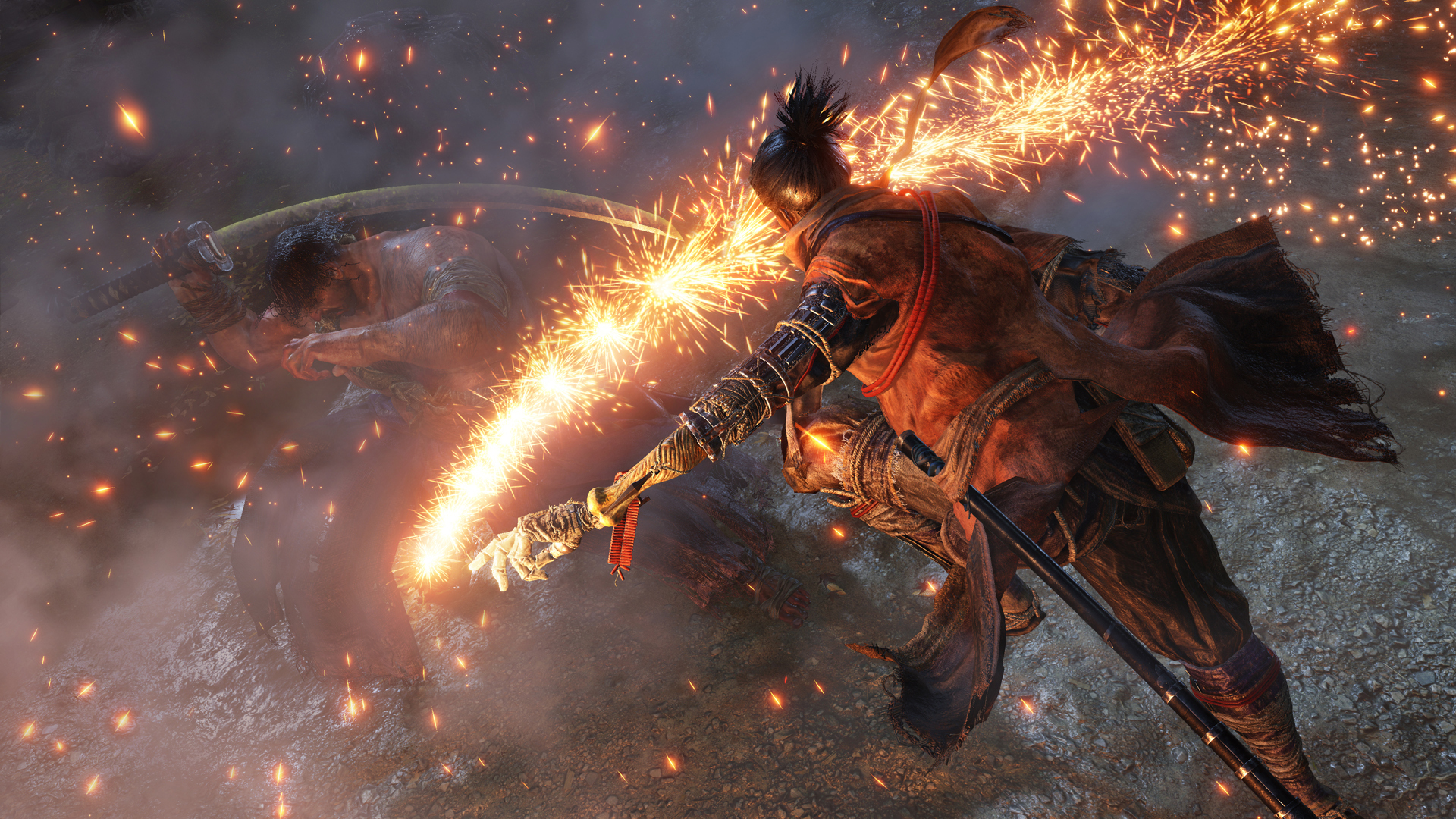 What you need to do is block perfectly, most likely by pressing the block button at the right time of the attack (like Mark of the Wolves’ Just Defend). Doing this will lower your attacker’s posture instead.

This all sounds like bits of that classic SNK title Samurai Shodown, where you only need one blow to kill your opponents, but you need to whittle down their defences and find the right moment to strike once and hard.

If you don’t want too much conflict, the game throws in a stealth mechanic to give you a chance to kill enemies quietly and without suspicion. Some enemies can sound the alarm if they even so much as spot you. You’re a ninja, so best you act like one sometimes.

Oh and if you die, and you will, you’ll just lie dead there until you press a button to revive yourself. When you are dead, enemies just revert back to their last-known position so you can surprise attack them like the zombie ninja that you are. Of course there is a limit as to how many times you can revive in combat, but Kitao said that these details will come in at a much later date. 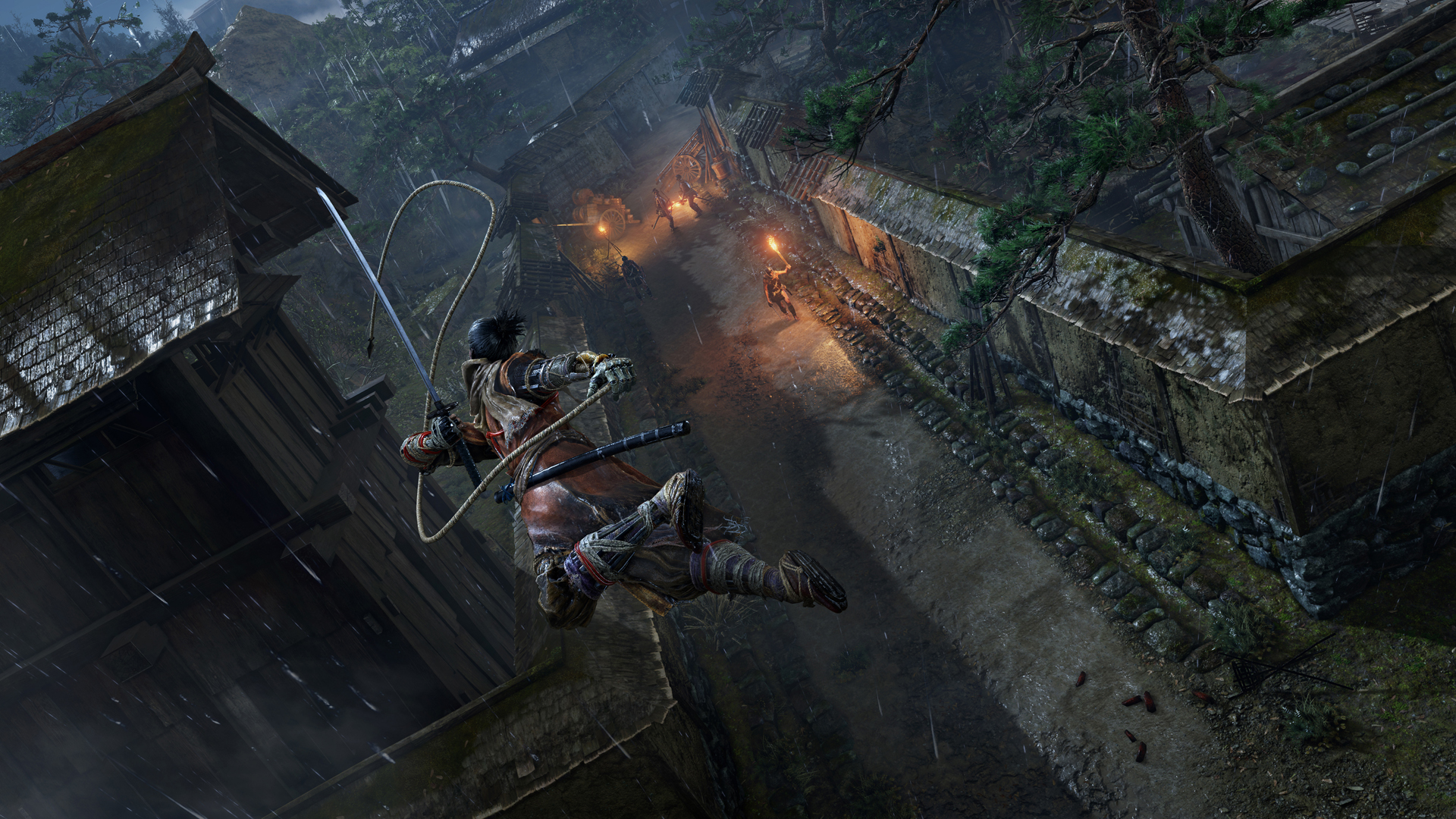 Back To The Well?

I can’t say that From Software is breaking new ground here. As I said before, they had a hand in a lot of action games in the 2000 to 2009 period. However, I do want our creative companies to change it up a bit and try not making another version of Dark Souls (or King’s Field if you REALLY want to get nostalgic).

Plus, there is an air of mystery surrounding Sekiro: Shadows Die Twice and the developer’s take on the 1500s Japan era. We’d definitely love to find out more in future reveals; it’ll be a while until it’s ready for its 2019 release period.

And who knows? If it does well, we might even see another Otogi or Ninja Blade sequel or reboot down the line.

Wonder Woman 1984 is not that good a movie. If not for the performances of the main cast and the over-the-top action scenes, it's just another superh...

Remember the first-ever Final Fantasy co-op game on the Gamecube that required the most convoluted multiplayer setup ever? Then again, the game was ta...

News
The Folks Behind Total War Are Making A Multiplayer First-Person Shooter For Some Reason...

Publisher Sega and developer Creative Assembly are teaming up again to bring us an innovative game idea: a multiplayer first-person shooter set in a s...