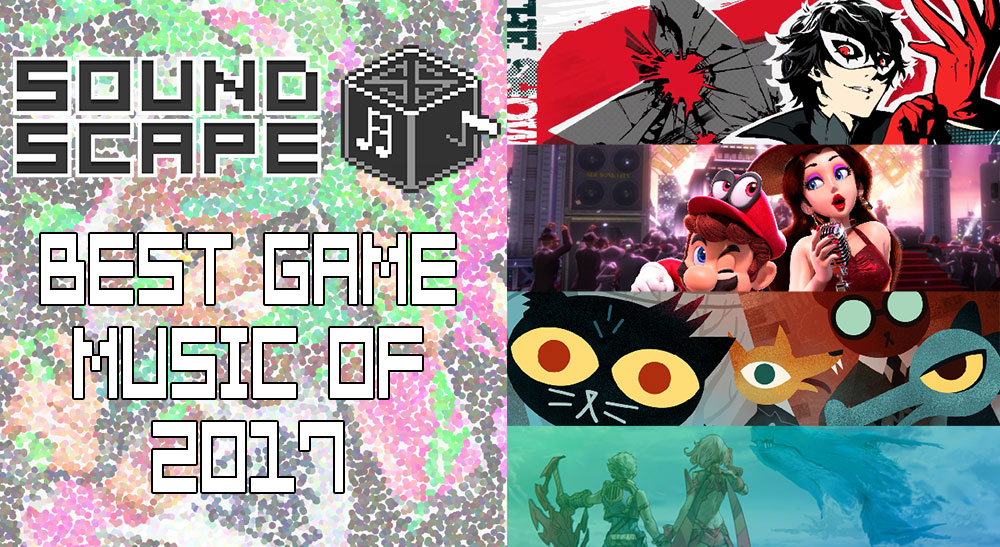 We’ve already listed down our top gaming picks of 2017, so let’s do something a little different this week with our top soundtrack picks instead. We’ll let this video do all of the talking & music-making.

We’ve added in the obvious winners like Persona 5 and Night In The Woods. We’ve also sprinkled in a few surprise picks. Trust us when we say that you’ll be searching for these game’s soundtracks once you’re done tuning in to this 20-plus minute video extravaganza.

This a joint project between Kakuchopurei and SoundScape (ie my own personal game music channel), so do Like and Subscribe to the SoundScape channel as well if you like more of these mixtapes and video features.

Will Samurai Shodown Have A Landmark Showing In EVO 2019?

[…] I’m such a nice guy, I’ll lay out Donna Burke’s work below. And yes, they’ll be a SoundScape episode on her in the near future; count on […]