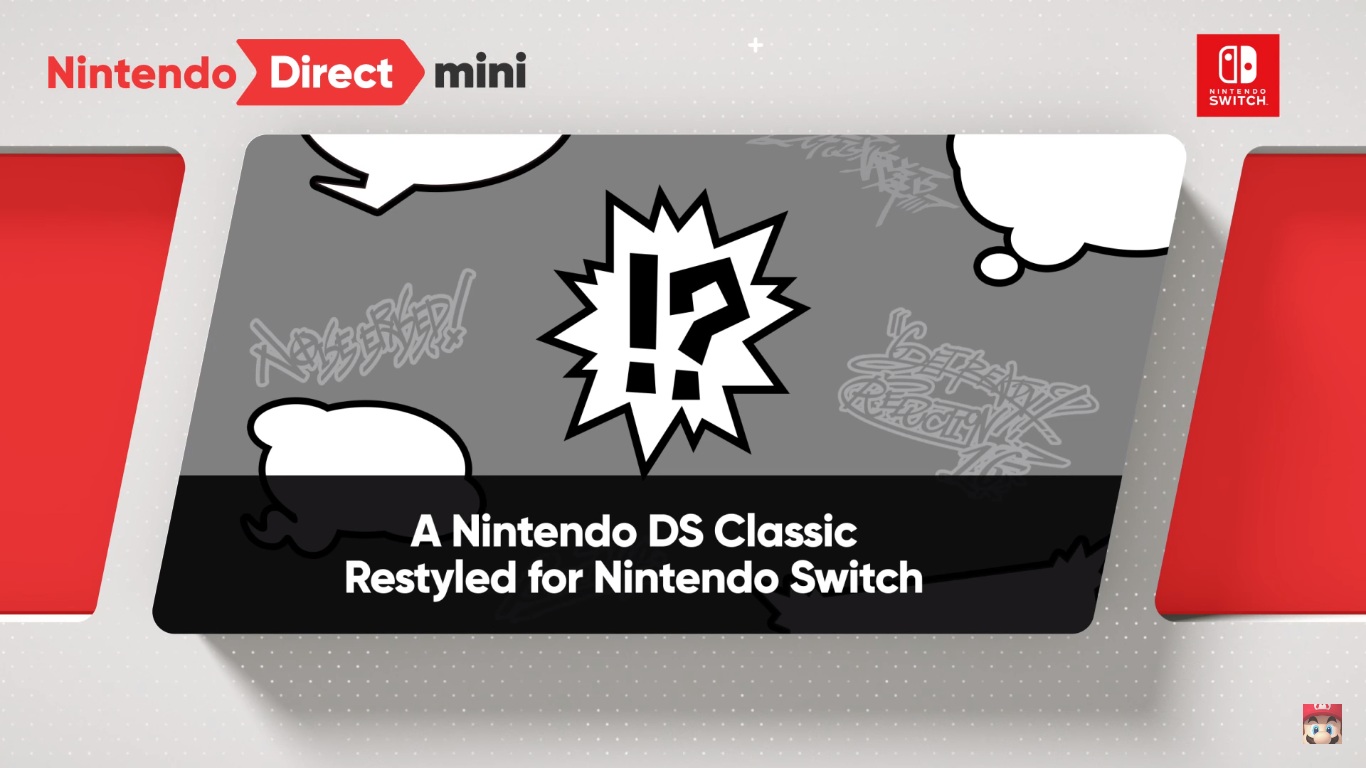 Nintendo surprised a number of us this early morning with a Nintendo Direct video. Only instead of a 30-minute tour de force, we got bite-sized announcements regarding ports and not-so-big exclusives.

Take a look to see what we mean:

-Nintendo Switch is getting ports of Dark Souls, YS VIII: Lacrimosa of Dana, The World Ends With You: Final Mix, Donkey Kong Country Returns: Tropical Freeze, and Payday 2. That’s cool, if you missed out on these games back then.

–Super Mario Odyssey is getting a DLC featuring Luigi and a balloon-hiding minigame. It’s free, so sure why not?

-Nintendo also reminds us that there’s a new Kirby game coming out on March 16. 4 player platforming and enemy-sucking fun for all!

-Last but not least, we get two new games announced for the platform: Mario Tennis Ace and SNK Heroines Tag Team Frenzy. The former is a Mario-themed tennis game; nothing we haven’t seen before. There’s a Story mode this time around, but we’ll know more before its Spring release window.

The latter is a casual female cast-only fighting game from SNK, is 2v2 tag-team based, and is incredibly sparkly. There’s a heckaton of customizable options and gear for SNK female mainstays like Kula, Yuri Sakazaki, Athena Asamiya, and of course Mai Shiranui. As a fighting game guy myself, I’m curious to see if this is the second coming of SNK Gals Fighters.

Let us know what piqued your interest in this Nintendo Direct mini-showcase on this here website and Facebook/Twitter pages. Don’t forget the sparkles.

So What Exactly IS New In PokÃ©mon Sword and Shield?

This Dark Souls Clone Is A Gruesome Adaptation Of Pinnochio