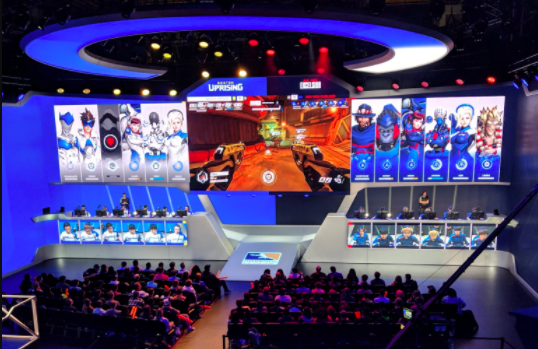 The second match day of the Overwatch League carried on from where day one left off; with tons of thrills and non-stop top tier Overwatch action. There were brief scares for favorites London Spitfire and New York Excelsior en route to their wins but the biggest talk of the day has to be Houston Outlaws’ shock loss to the Philadelphia Fusion. Here’s how the day went:

London Spitfire’s day went off to a rocky start as they were stunned by Mayhem on Dorado but quickly stabilized themselves with a solid showing on Temple of Anubis to tie the score. From thereon, it was business as usual as they wrapped up both Oasis and Numbani maps without surrendering even a point to the boys from Florida. It is apparent that while Mayhem have the skill to go toe-to-toe with any opponent, they are still very predictable due to their limited roster. London Spitfire, on the other hand, were super creative in their approaches which makes them an even more formidable and hard to counter.

Making their first appearance in the Overwatch League after missing out on pre-season due to ‘logistical issues’, no one gave Philadelphia Fusion much thought. Even the official analysts and casters unanimously predicted a 3-1 win for the Outlaws who impressed in the pre-season. Boy were they (ok, ok, me included) wrong. Led by star DPS-duo ofÂ Jae-hyeok “Carpe” Lee andÂ GeorgeÂ “ShaDowBurn”Â Gushcha, Fusion surprised everyone to hold a 2-1 lead heading into the fourth map on Eichenwalde. Outlaws dug deep and somehow managed a 4-3 win on extra rounds to force the first tie-breaker this season. However it was all in vain as the battle on Lijiang Tower swung back to Fusion’s favor to close the series 3-2. The Philadelphia Fusion next take on London Spitfire while Outlaws will attempt to kickstart their season with a tough date with NYXL; both matchesÂ on Sunday.

NYXL Halts Uprising to Open Campaign with A Win

New York’s 3-1 win against Boston Uprising isn’t surprising at all but we have to say that we are starting to get sold on the idea of what Boston Uprising is on. While Saebyeolbe, Libero and Pine were tearing the Uprising apart, up stepsÂ Jonathan “DreamKazper” Sanchez almost matching them with kills of his own. While the collective experience and team chemistry of NYXL ensured them winning comfortably at the end, the future does seem bright for the boys from Boston. They are far from being amongst the weaker teams in this competition and we look forward to several shock results that they may pull off in the upcoming weeks – as early as tomorrow when they have a favorable matchup against Florida Mayhem.

As we head into day 3 of the league, here are tomorrow’s matches: