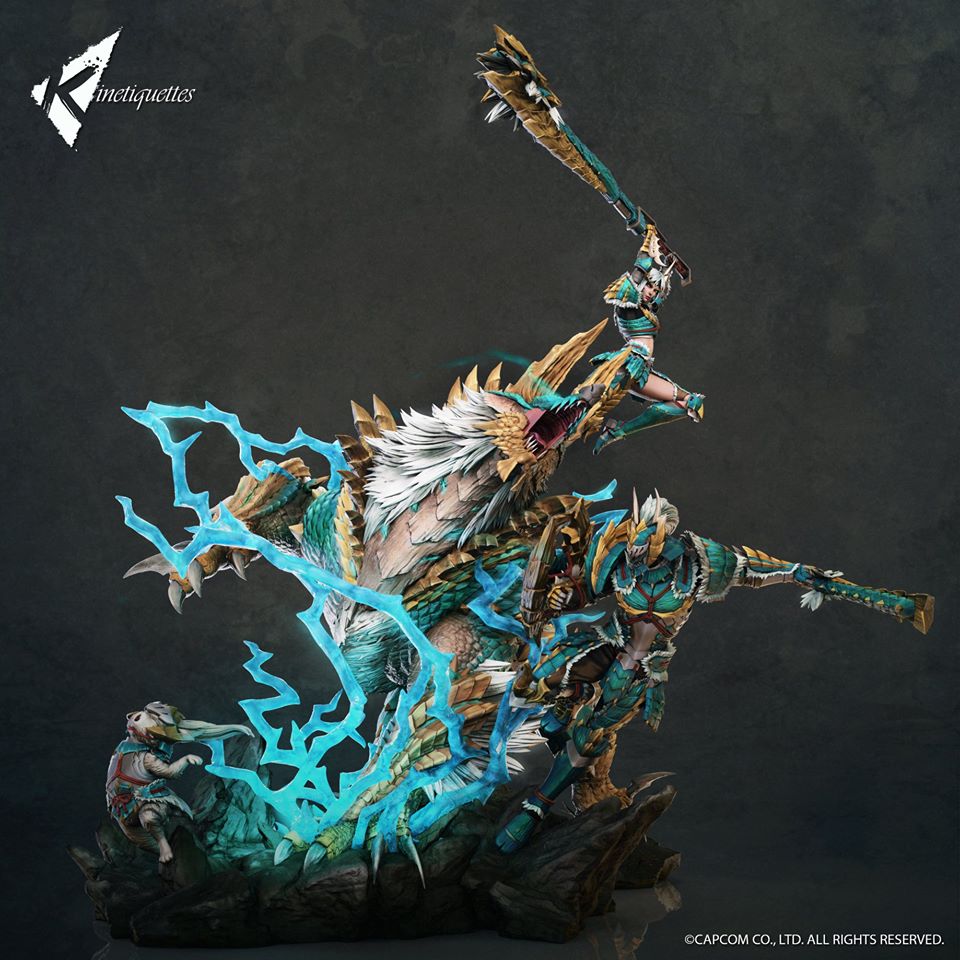 With all this talk about Monster Hunter: World, you’d think Capcom would be announcing a statue or action figure featuring monsters from the new sequel. Well, you can settle for this fine piece from video game statue-makers Kinetiquettes instead.

Kinetiquettes will be launching a few Monster Hunter pieces, including this statue of a monster hunter duo fighting a Zinogre, with their hapless Palico (indentured cat servant) caught in the crossfire. No word whether they’ll be featuring monsters from Monster Hunter: World, but if they did, no doubt they’ll look as awesome as these bad boys.

Check out these pics below if you don’t believe us.

Preorders will happen soon; do head over to their site and get equipped. In the meantime, you should really check out Monster Hunter: World if you haven’t. It’s pretty ace!Â

Team 17 Is Publishing This Malaysian Game