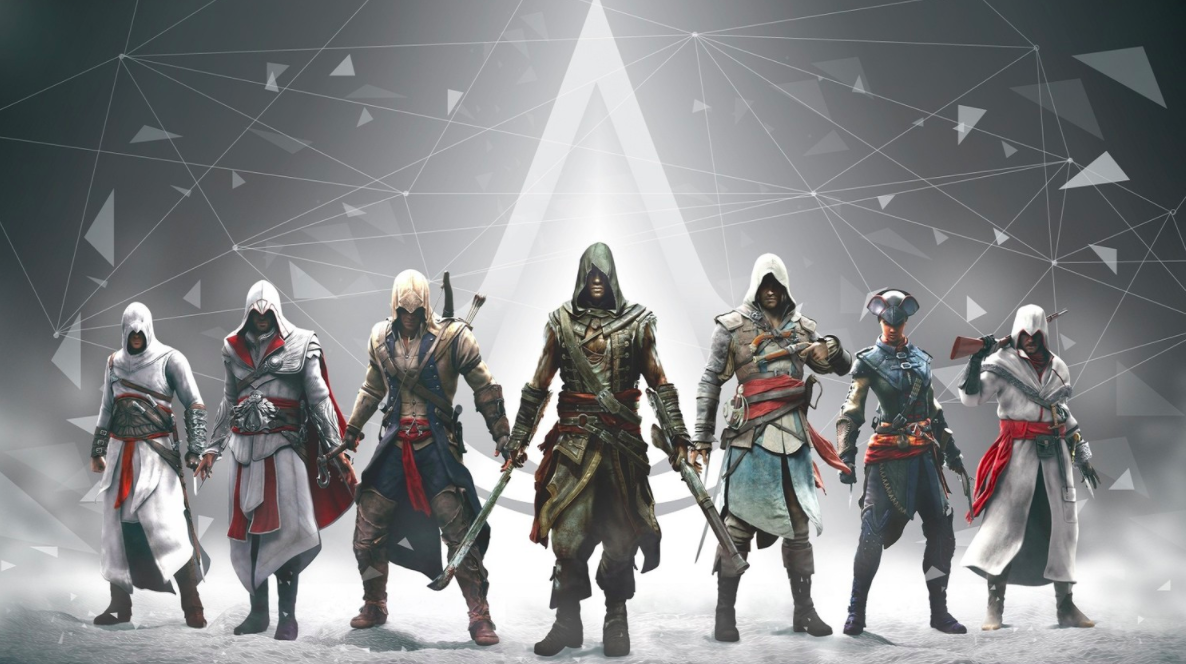 Our guest features writer today is Shafiqah Othman who discuss in depth about one of her favorite games franchises, Assassin’s Creed; its lore, connections to real-life religious historical figures as well as her thoughts on the philosophy behind the world building in the franchise.

The origin of the word Assassin has multiple interpretations, two of which I shall mention down here:

Hashashin means â€œthose who do weedâ€, (Hasheesh is the Arabic word for any weed.) The opponents of the Nizaris called them that as a derogatory term even though thereâ€™s no evidence that they actually did weed. So, thanks to ancient political smearing, â€œassassinationâ€ is somehow inexplicably derived from â€œsmoking weedâ€. â€“Â Iyad El-Baghdadi

According to the Wikipedia page (I know Wikipedia is not exactly the most reliable source), the word can also come from the word â€œAsasiyunâ€, meaning â€œpeople who are faithful to the Asasâ€, meaning â€œfoundationâ€ of the faith.

The Assassinâ€™s Creed series was heavily influenced byÂ Vladimir Bartolâ€™s â€œAlamutâ€, a book released in 1938, about Hassan-i Sabah and the Assassins.

Who is Hassan-i Sabah? He was regarded as the founder of the Assassins, aka Nizari Ismailis, a split within Ismailism (part of Shia Islam). Even though Nizaris are typically known as Assassins, only a group of them â€“ the fidaâ€™i â€“ actually carried out assassinations. Why Hassan-i Sabbah created the order of Assassins is unknown, but most of their assassinations were political and based on vengeance.

Their enemies were mainly the Seljuk Turks, and this was because for many centuries, Persians felt mistreated by Sunni Muslims. The Assassinsâ€™ tactic mainly involved trickery, where they would carefully study their targets before infiltrating the targetâ€™s circle. This meant that they worked undercover a lot. They in martyrdom as well, so many died to secure a place in Paradise.

Not much is known about the Assassins from their perspective since their records were destroyed when their fortress, the Alamut Castle, fell.

As much as I love Assassinâ€™s Creed, you know what this means? The Assassins were one of the earliest Islamic terrorist groups to rise. Or subsequently, you can also view them as a rebellion against a tyrannical rule (since historically, Sunnis were pretty vile). It depends on how you see it.

The Assassins, or Shiites in general, are known to Sunni Muslims as deviant and astray. At least, thatâ€™s how history painted them to be. Hence why I do enjoy the idea of a series that tries to put us in the perspective of Islamic historyâ€™s â€œbad guysâ€ â€“ the Assassins/Shiite Muslims.

While I do understand that the premise of the Assassinâ€™s Creed franchise is mainly Assassins versus Templars, the Muslim part of its history is extremely fascinating to me. Because just like the Templars, Islamic history has seen its fair share of rulers trying to suppress freethought and freewill. Below is an excerpt taken from one of the columns I have written:

The infamous Assassinâ€™s Creed maxim was also taken from the book.

â€œNothing is an absolute reality, all is permitted.â€ â€“Â Vladimir Bartol, Alamut

That’s it for Part 1 (of 3) of Shafiqah’s analysis on the world of Assassin’s Creed. Stay tuned for Part 2 where she talks about the differences and similarities between the Assassins and Templars.

A Brief History Of Street Fighter Fanservice For Both Men & Women

by Assassins & Templars: Two Sides of the Same Coin – KAKUCHOPUREI.COM in February 18, 2018
Reply