We are getting closer and closer to Avengers Infinity War’s release in Malaysia on 26th April 2018. I recapped Phase One of the Marvel Cinematic Universe (MCU) from Iron Man (2008) to The Avengers (2012), which you can check out here. 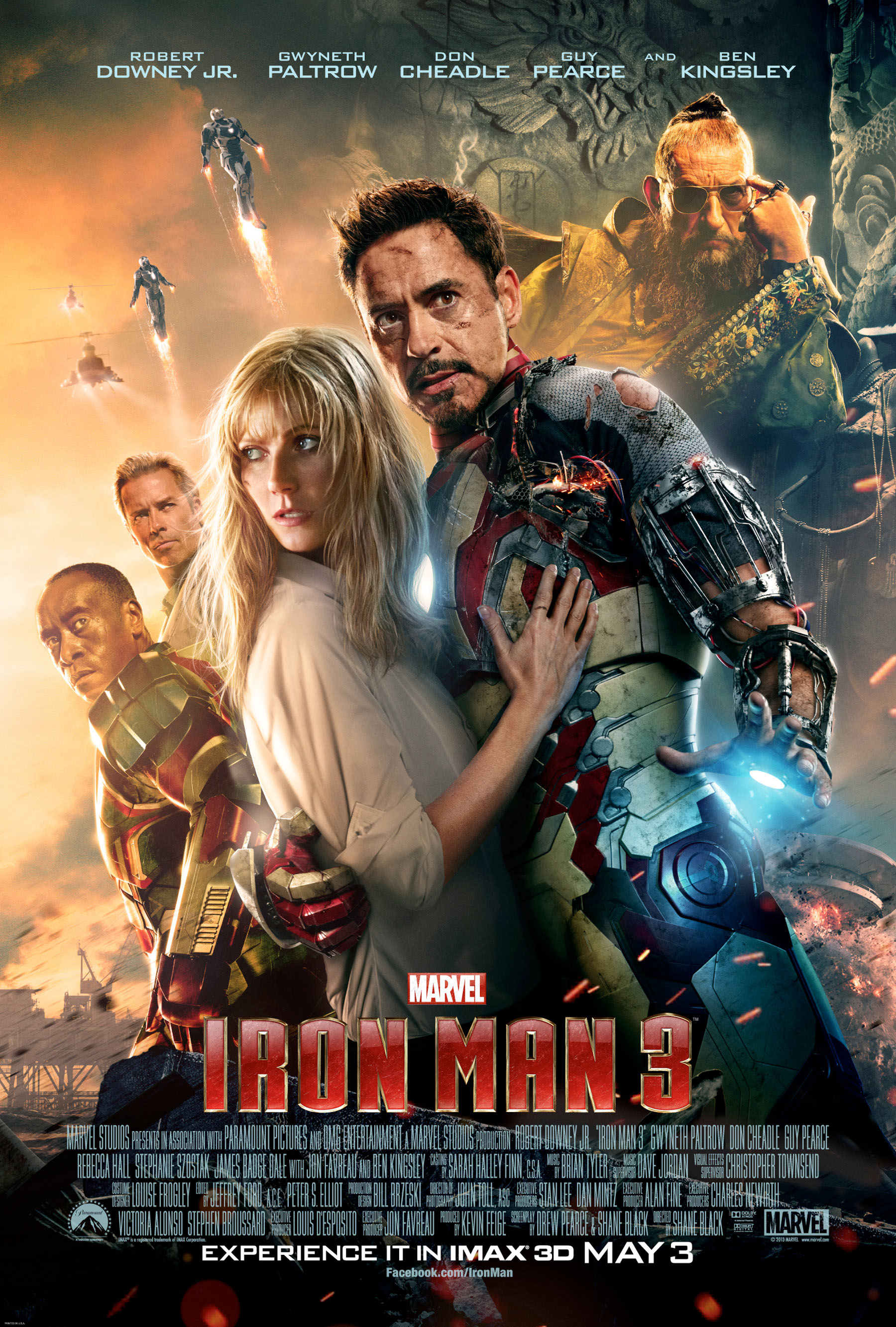 After The Avengers (2012) came out, many (including myself) was a bit worried. How was Marvel going to top themselves after that, one of the biggest comic book movies to date? Their answer was Iron Man 3 (2013).

After the Battle of New York in The Avengers (2012), Tony Stark has been having panic attacks due to PTSD. Because of that, he has been making himself busy with building dozens of new armour. A new villain, The Mandarin, caused a number of bombings, one of which injured Tony’s friend, Happy Hogan. Tony then issued a personal threat to the Mandarin, which he responds by attacking Tony’s home. He escapes the attack to rural Tenessee, where he learns that these bombings have been the result of Extremis’ flaws.

Tony tracks the Mandarin to Miami and realizes that the Mandarin was a British actor all along and that Aldrich Killian is the real villain. Killian kidnaps the President and brings him to an oil rig to kill him, where Tony summons all his armour to help him, with assistance from Jarvis. In their fight, Pepper Potts powered by Extremis saves Tony by killing Killian. The movie ends with Tony activating the Clean Slate protocol and destroying all his armours and Tony finally removing shrapnel from his heart.

Iron Man 3’s post-credits scene was the first disappointing one. It’s simply Tony who has been telling the story of what happens in Iron Man 3 to Bruce Banner. That’s all. Yawn.

Add to that, this movie ruined the Mandarin. This movie will always remain the worst in the MCU for me, although the next one isn’t that much better. 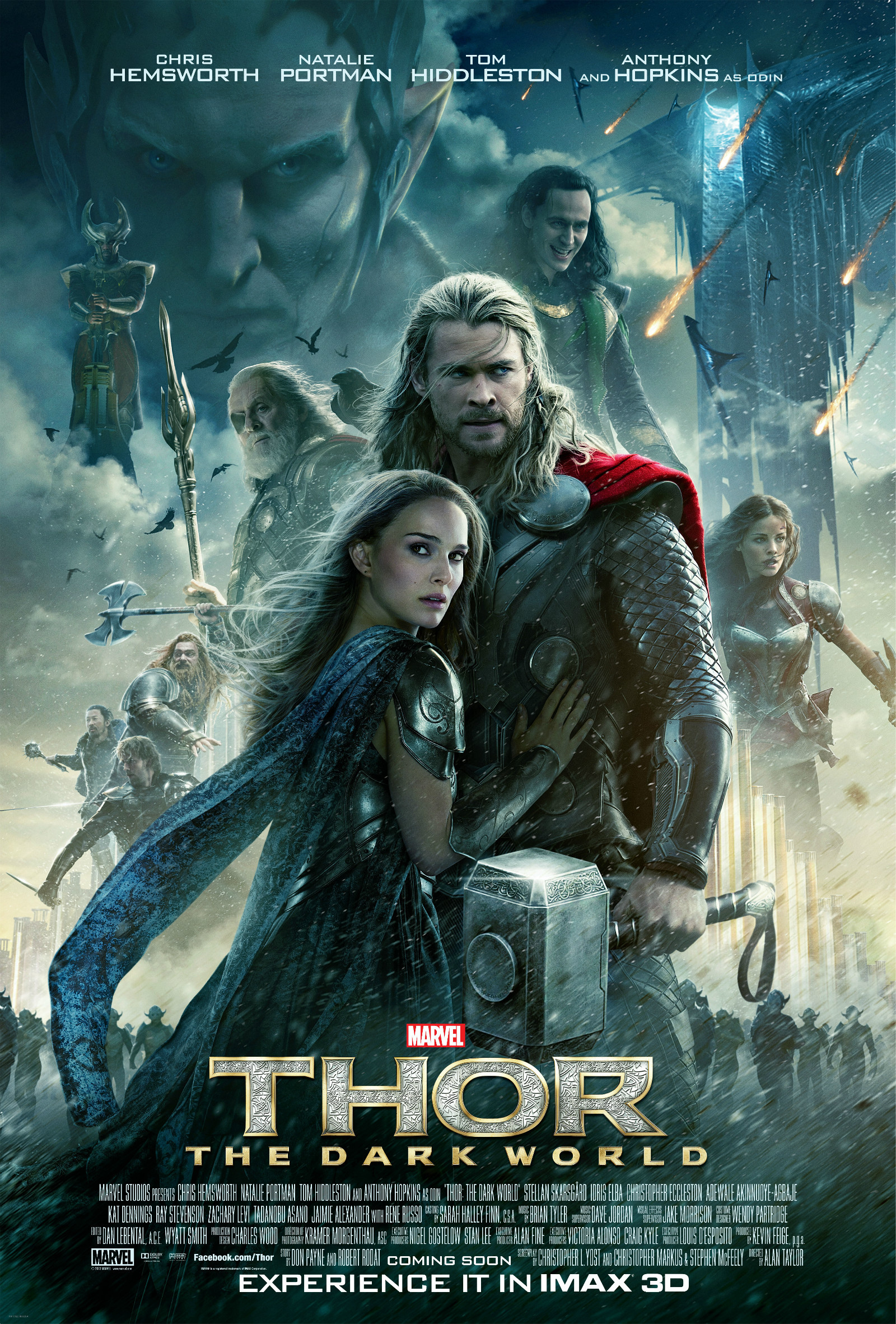 Some people say this is the worst movie in the MCU. I certainly can’t argue with that, with its weak villain and boring story. However, it introduced another Infinity Stone son I guess it gets points for that.

The movie begins with Thor and his fellow Asgardians in a final battle to restore order to the Nine Realms after the Bifrost was destroyed at the end of Thor (2011). We learn that the Convergence, an alignment of the Nine Realms, is set to happen. Dr Jane Foster, investigating a disruption in the law of physics, gets pulled into another dimension and infected by the Aether. Heimdall senses this and sends Thor to pick her up.

It turns out that an ancient enemy, Malekith, has also sensed the Aether. He and his forces attack Asgard, where Thor’s mother gets killed during the battle. Thor enlists the help of Loki and heads to Svartalheim to fight Malekith. During the battle, Loki seemingly dies. Malekith plans to unleash the Aether in Greenwich when the Convergence happens. Thor and his friends stop him. When Thor returns to Asgard, he tells Odin of Loki’s sacrifice and refuses the crown. It turns out that Loki is impersonating Odin.

In Thor: The Dark World’s post-credits scene,Â Volstagg, and Sif visit the Collector and entrust the Aether to his care. 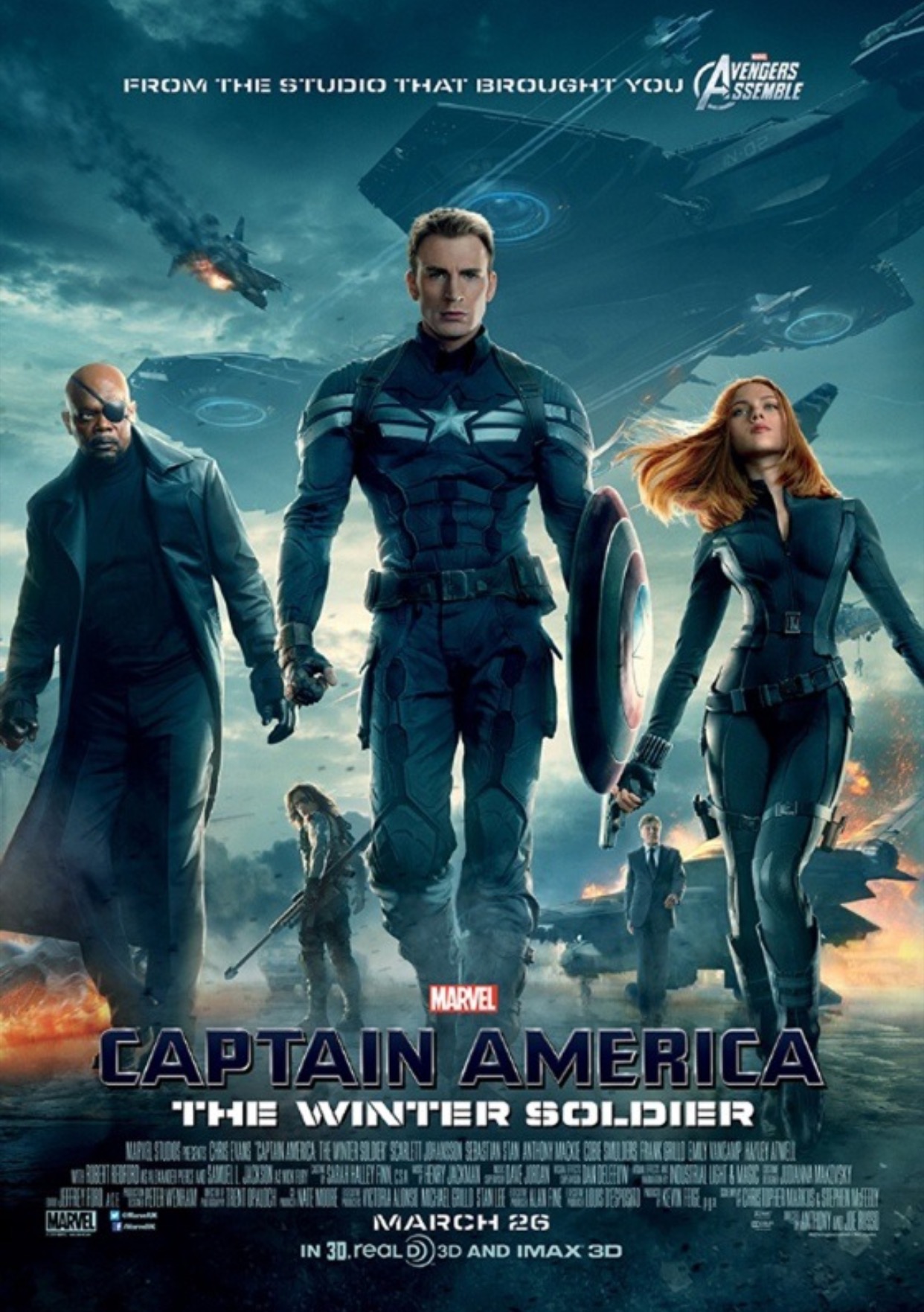 After two straight duds, the MCU redeems itself with its best movie yet. It still is the best MCU movie, in my opinion, four years and many more movies later. This movie also made Captain America extremely relevant and adds a much-needed expansion to the mythos surrounding SHIELD and the history of the MCU. The MCU was never the same again after this movie.

The movie starts with Steve Rogers still getting used to the modern world even after the events of The Avengers (2012). Things start getting suspicious when they couldn’t decrypt the data extracted from a mission. Then, Nick Fury was attacked and seemingly assassinated by the Winter Soldier. Fury gives Rogers a flash drive containing the truth and the senior SHIELD officer Alexander Pierce asked for information, Roger refused to give it him and thus branded a traitor. He goes on the run with the Balck Widow and follows the trail of information to a secret SHIELD bunker. They find supercomputer embedded with the consciousness of Arnim Zola, where they discover that Hydra has been secretly operating within SHIELD since it was founded after World War 2.

They escape the bunker before it was destroyed and finds out that Alexander Pierce is the head of HYDRA. They enlist the help of Sam Wilson AKA the Falcon and discovers that Project Insight an identify potential threats to HYDRA and eliminate them. Rogers also discovers that the Winter Soldier is his childhood friend Bucky Barnes, who was presumed dead in World War 2.

In the final battle, Rogers tries to convince the Winter Soldier of his past and in the end, while Rogers was sinking in the river, Bucky saves him at the last moment before escaping himself. The movie ends with Romanoff testifying before the Senate of HYDRA in SHIELD and Fury has to Eastern Europe to eliminate HYDRA’s remaining cells. 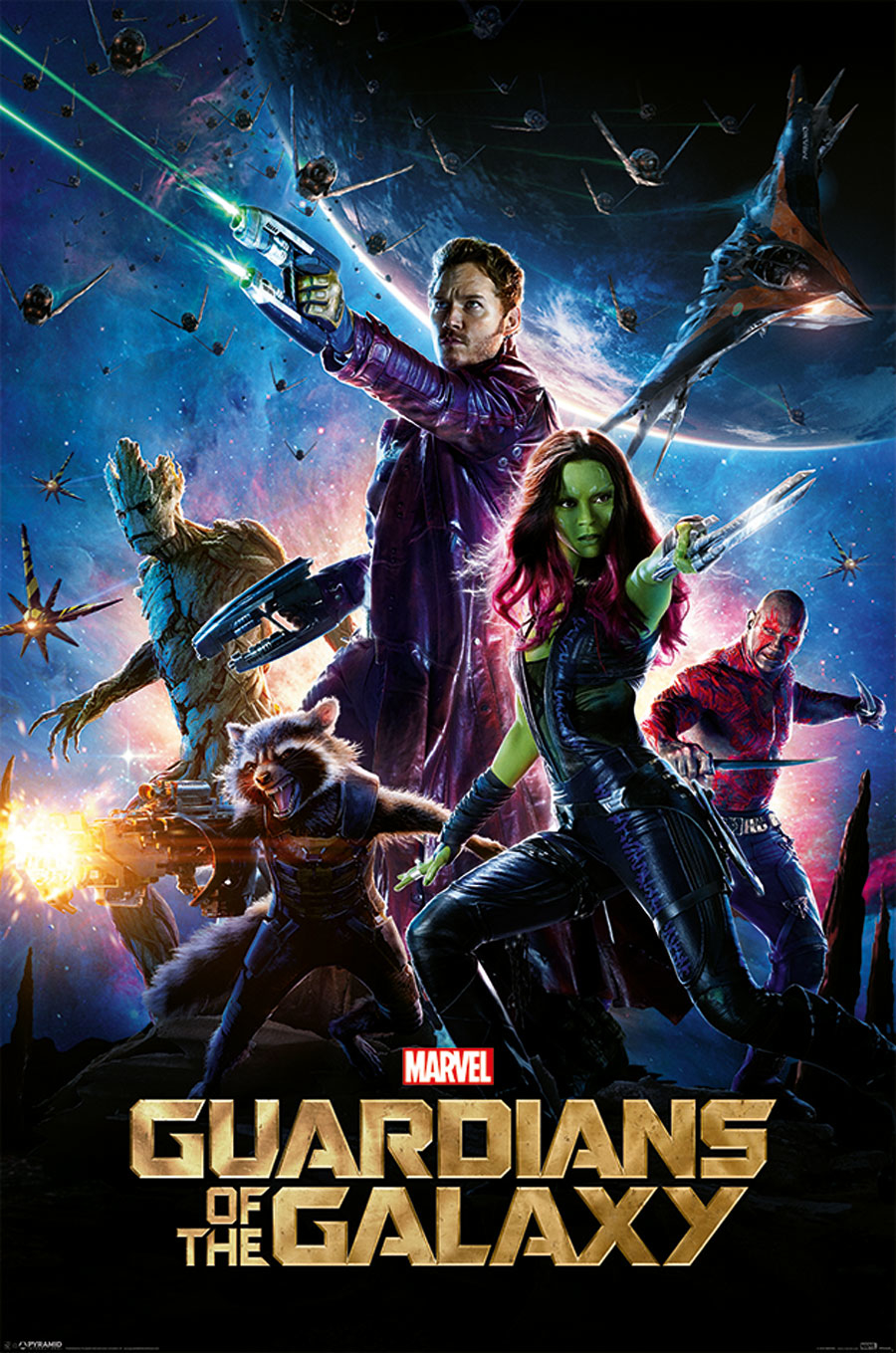 The first truly cosmic movie of the MCU was a game-changer in many ways. Sure, Iron Man was maybe a C-list superhero when his movie was made. The Guardians of the Galaxy were relatively unknown even by some ardent comic book fans. I knew then that if Guardians of the Galaxy became a hit, then no characters were off-limits for Marvel Studios.

The movie starts with Peter Quill’s mother dying when he was a child and being abducted by aliens soon after. Fast forward years later and we meet an adult Peter Quill stealing an orb on Planet Morag while being pursued by a couple of aliens led by Korath. He escapes with the Orb but encounters Gamora, Groot, and Rocket on the planet Xandar. They were caught by the Nova Corps and thrown into the Kyln Prison, where they meet Drax. Meanwhile, Ronan, the bad guy meets with Thanos, the big bad guy, to discuss Gamora’s betrayal.

The team works together and escapes the Kyln to find a buyer for the Orb, the Collector AKA Taneleer Tivan. It turns out that the Orb contains an Infinity Stone. In the final battle on Xandar, the Guardians of the Galaxy confront Ronan and defeats him with the power of the Infinity Stone. The movie ends with the team giving the Infinity Stone to the Nova Corps for safekeeping and Quill learns that he is only half human.

In Guardians of the Galaxy’s post-credits scene, we see The Collector sitting amongst his destroyed collection along with a cosmonaut dog and Howard the Duck. 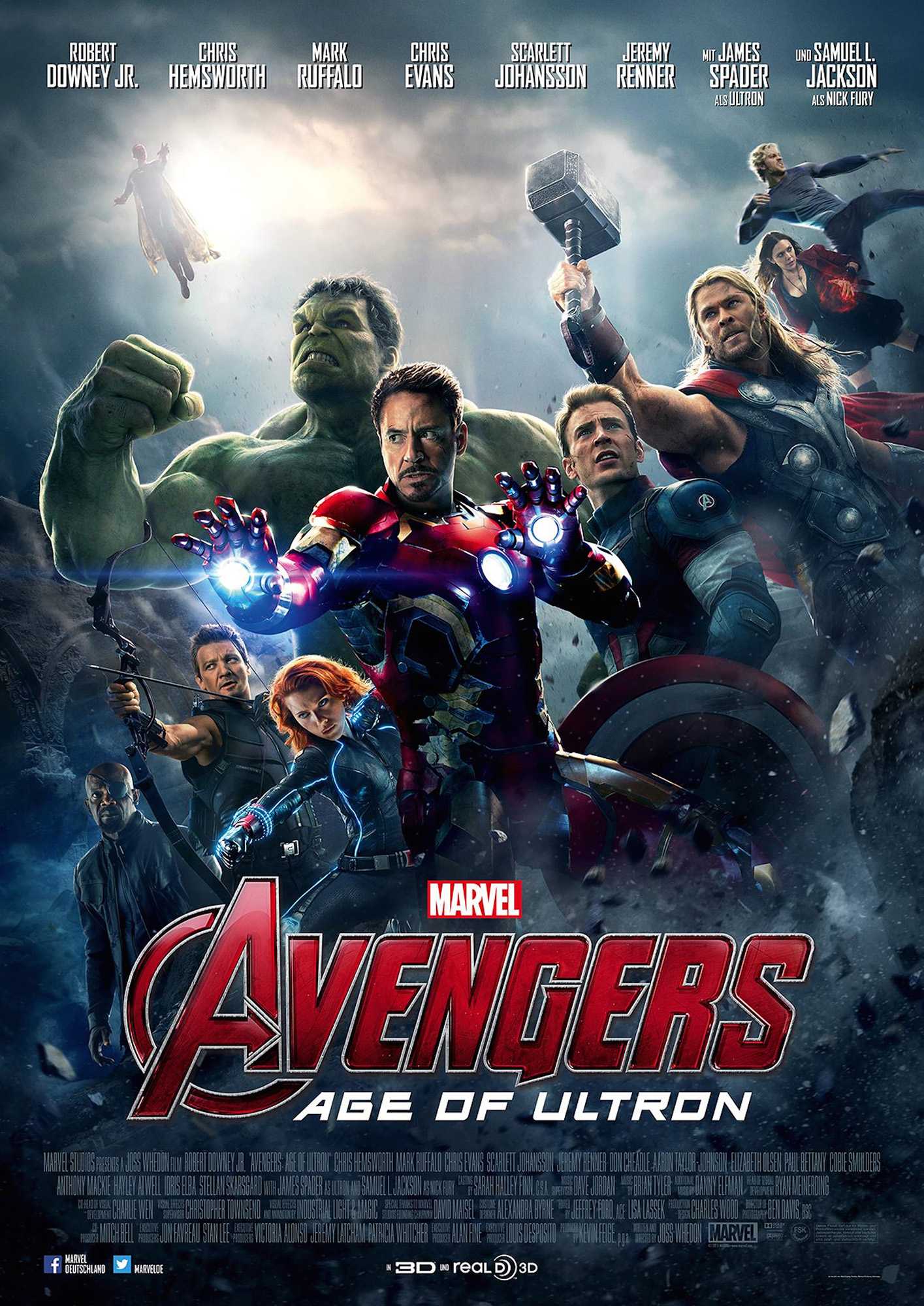 How could the MCU live up to its biggest and most overrated movie so far in The Avengers (2012)? With this bland sequel. The movie was disappointing and it was only notable for introducing Quicksilver, the Scarlet Witch, and the Vision. Thankfully this was Joss Whedon’s final MCU movie.

The movie starts with The Avengers raiding the last Eastern European HYDRA base. The scepter they find within the base is used by Stark and Banner to create Ultron. Ultron goes evil and hatches a plan to launch the city of Sokovia into the air and crash it into the ground, killing everything. Thor returns to activate the Vision with his hammer. In the final battle in Sokovia, Quicksilver sacrifices himself to save Hawkeye.

The team defeats Ultron with the help of the Scarlet Witch. The movie ends with the Avengers establishing a new base and Thor returning to Asgard to find out more about the Infinity Stones.

In Avengers: Age of Ultron’s post-credits scene, Thanos isn’t satisfied with his pawns and dons the gauntlet himself. He vows to find the Infinity Stones himself. 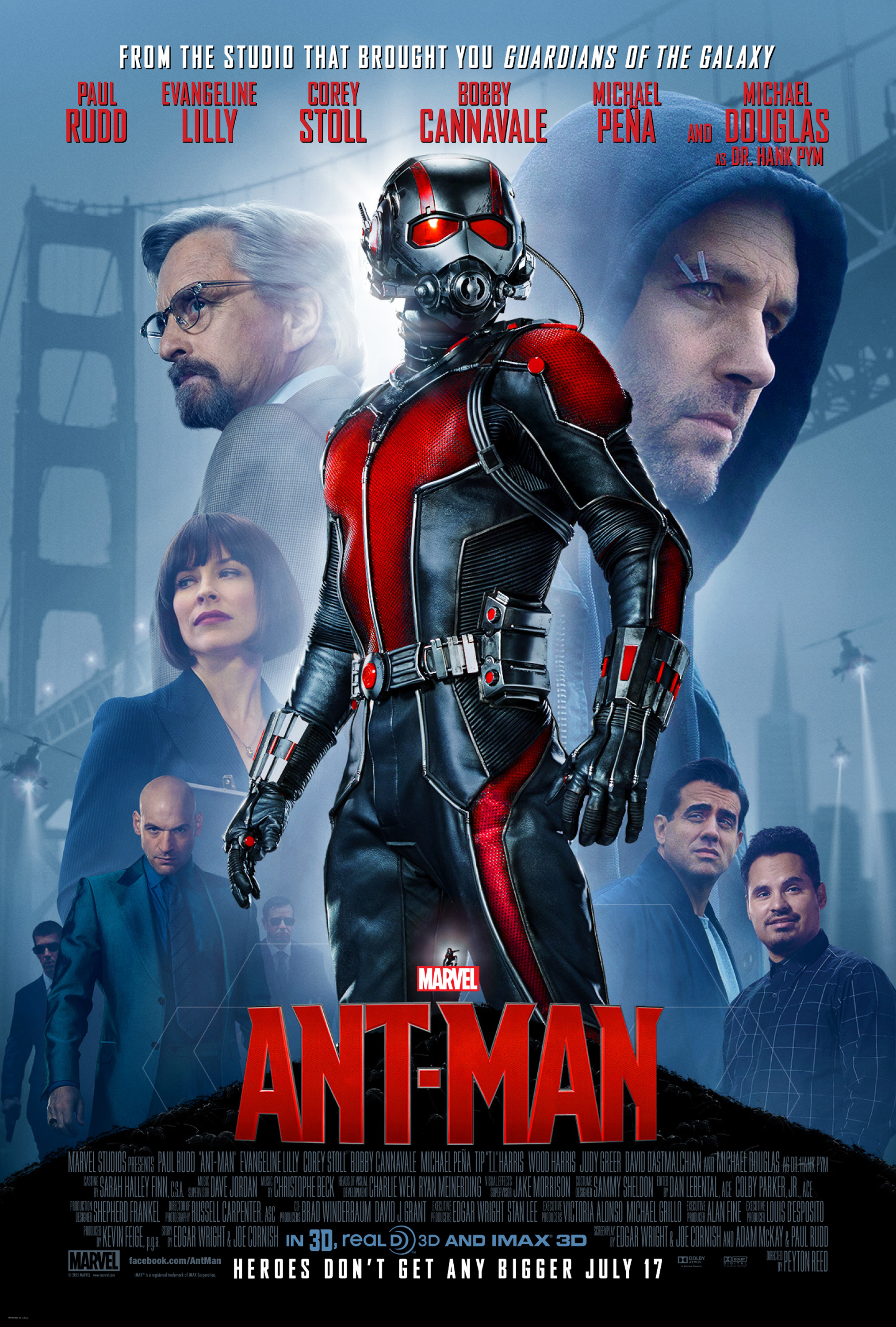 The introduction of yet another hero. In the comics, Ant-Man was actually one of the founding members of the Avengers. In the MCU, he’s just another new hero with shrinking powers.

Scott Lang is a former thief who is trying to get his life back on track. Then, Dr Hank Pym hires him to steal the Ant-Man suit as a test, to see if he’s worthy of handling the suit and its powers. His mission is to steal the Yellowjacket suit created by Darren Cross, who stole the technology used by Pym to shrink objects. After defeating Darren Cross and surviving the quantum realm, Scott keeps the Ant-Man suit and finds out that Sam Wilson AKA the Falcon is looking to recruit him.

In Ant-Man’s post-credits scene, Hank Pym shows Jent Van Dyne a prototype Wasp suit. In the other post-credits scene, we see Bucky in the custody of Steve Rogers and Sam Wilson, and they are unable to call Stark because of the Accords. This alludes to the next movie, Captain America: Civil War.

All right, folks, Thatâ€™s all for Phase 2 of the MCU. Weâ€™ll return soon with the recap for Phase 3 of the MCU. Weâ€™re going to make sure everyoneâ€™s up to snuff before Avengers Infinity War arrives in a few weeks. If you want to know more about where the Infinity Stones are right now, read my article here.

I’m sure you won’t want to waste time sifting through Netflix’s extensive catalogue of shows and movies just to decide on what to watch. The str...

Spider-Man Far From Home officially marks the end of the Marvel Cinematic Universe's (MCU) Phase Three, as well as the first movie to explore the afte...

Feature,News
E3 2019: 5 Things You Need To Know About Marvel's Avengers