This guide is still under development. We’ll start filling it up with more characters as we go along.Â

The tale of swords and souls, eternally retold for 2018. That’s right: Soulcalibur 6 is back and is awesome stuff. It also can be daunting for beginners who don’t know how to play 3D fighting games.

Fortunately, we’re here to help. We’ll teach you the basics from moves to characters. This is more a beginner & intermediate guide than an expert-level macro tutorial. 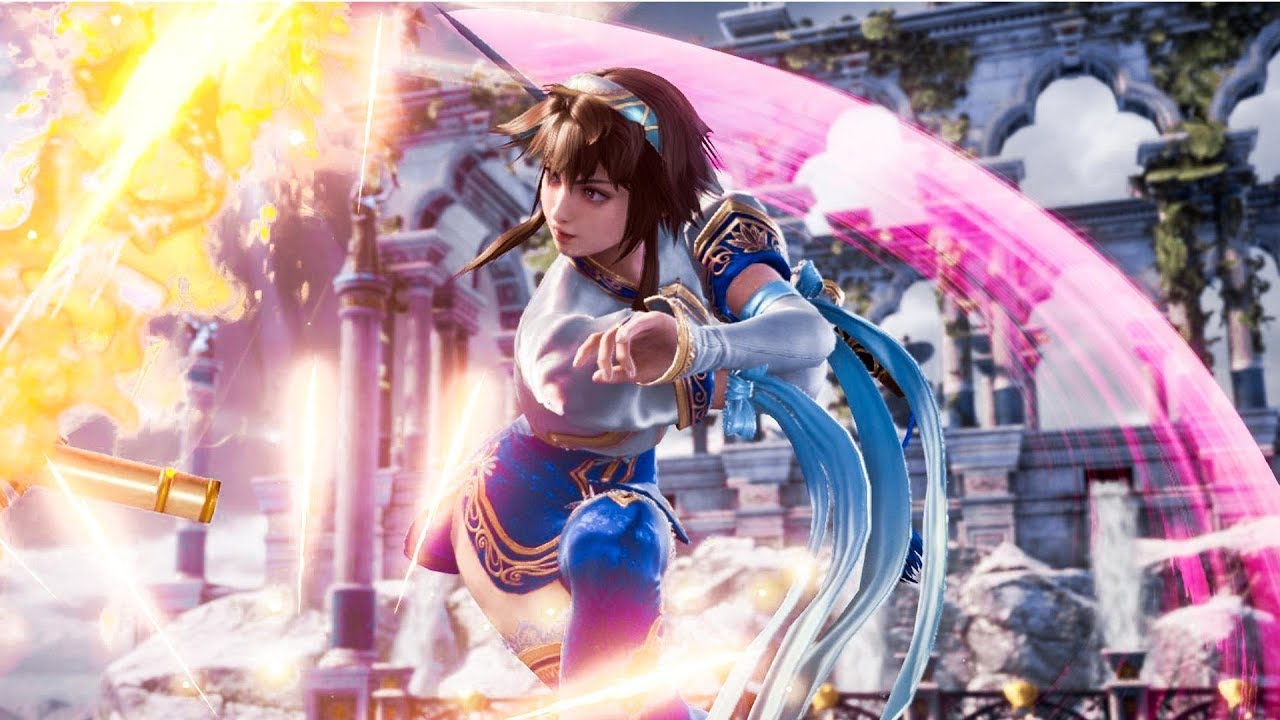 -There’s a Block button in this game. It’s called the G button. No, you can’t hold back to block like in Tekken 7. You have to press and hold it ala Mortal Kombat. Condition yourself to do that when fighting, and you’ll do fine.

-Also,Â you can do a parry called a Guard Impact(GI) which is pulled off by pressing forward + G (or 6G). Time it to your opponent’s strings and you can leave them wide open for your counterattack.

-Some characters like Sophitia and Seong Mi-na have auto GIs in some of their moves. Use them when playing the mixup game. These are perfect against foes who use vertical attacks a lot like your Siegfrieds and Nightmares.

-Use Reversal Edges & Soul Charges as part of your game plan. Soulcalibur 6’s new mechanics are anything but one-time gimmicks; they help add more to your defensive and offensive plan.

–Reversal Edges are the best moves to guard crush opponents when fully-charged while also acting as damage-absorbing attacks. True, they can be sidestepped if you see it coming a mile away and can be broken with Break Moves. So be smart when using them.

See a player who uses one button too often? RE them and then attack them with the corresponding input. Notice a Taki or Talim user coming in close and is going to press any button? Just press the RE input when you see the first hit coming and let go to play some fighting game RPS.

Conversely, if you see opponents abusing REs, just use your Break Attacks against them. All characters have Break Attacks; just press AB together.

These are the options you have when you use RE:

You have 3 offensive options and 5 defensive options. Generally, it’s B>A>K>B (hence the Rock, Paper, Scissor comparison). If you win an RE, you’ll be in a dominant position whether you pull off combos or be in a neutral position. Heck, even some REs can push opponents off the edge of the map.

Here’s a handy guide to sort you out. 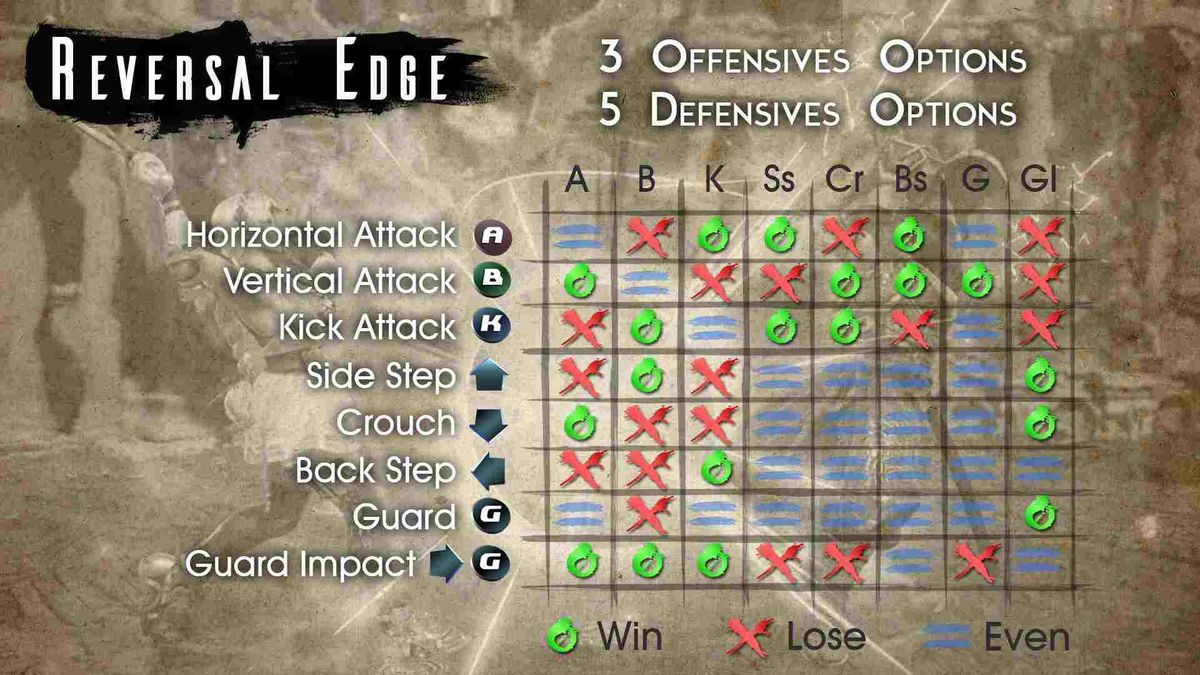 -You can counter REs with Break attacks. Every character has them; use them if you think your opponent is going on the defensive with REs. Just like any fighting game, you have to learn to punish habits when you see them done more than once.

-Soul Charges amplifies a character’s trademark moveset while also pushes back enemies who are up-close; this is perfect for zoners like Seong Mi-Na to get breathing room from mixup-heavy close-ranged combatants like Talim and Maxi.

Once you Soul Charges, the current Soul bar drains until it empties. This means when you push back your opponent, just make sure you have a game plan ready. Soul Charges opens up a lot of tactics and extra moves: Groh becomes a faster multi-hitting killing machine up-close while Sophitia’s regular B,B,B combo has an extra fast attack with Break properties.

-When in doubt, jump. Press G, then hold Up/8 to do a quick hop if you see opponents going for low-hitting attacks. Most jump attacks can catch opponents off-guard in a game where 80% of your fighting is done on the ground and sidestepping.

-Find out the moves that have Guard Impact properties. When fighting against beginners and intermediate players who consistently attack, it helps to have a parrying move on your side. Every character in the game has them. Folks like Geralt and Sophitia have these in their simple single-button combos. Use them if you think your opponent loves to snuff your moves with quick attacks. 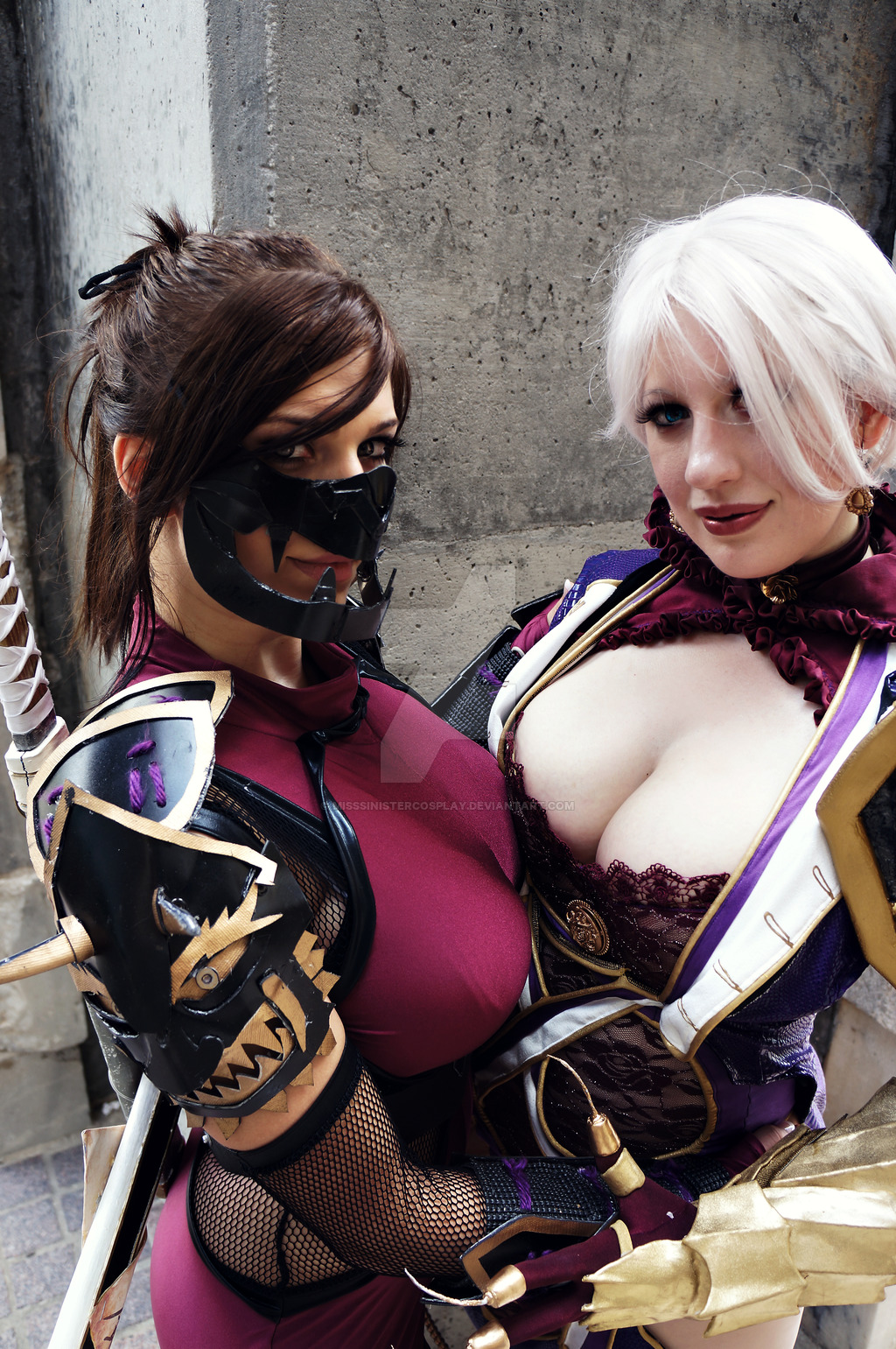 A leaker has revealed that a new Apex Legends game mode will be appearing on the game soon, as if the 3v3 Arenas isn't enough. According to promine...

The Dark Portal has opened once again, and beyond it lies a timeless era of adventure. Beginning today, World Of Warcraft players will rediscover the ...

Previews
The Upcoming Tony Hawk Game Might Be Worth Replaying; Here's Why

Skateboarding games and the name, Tony Hawk, were a synonymous pair back when the PlayStation, Nintendo 64 and Dreamcast were the prime household vide...