Fish Are Friends: A Quick Guide of Aquaman’s Heroes and Villains

Aquaman will be the one and only DC Comics movie coming out in 2018, as well as the last comic book movie of the year. It will arrive with high expectations, especially since it will be the first DCEU (DC Extended Universe) movie to be released since 2017’s Justice League (which was the lowest-grossing entry in the franchise to date).

Aquaman is probably the least well-known member of the DCEU Justice League since he has long been ridiculed for only being to ‘talk to fish’ (which started from his ridiculous portrayal in the 1960s Super Friends animated series). Heck, Cyborg is more popular than him, thanks to the iconic Teen Titans animated series.

However, kudos to DC Comics for successfully managing to make Aquaman a badass and respectable character again due to the incredible run by Geoff Johns and Ivan Reis at the beginning of the New 52 reboot. Now it’s up to James Wan’s Aquaman movie to change the public conception of Arthur Curry and make him as beloved as other DC superheroes.

Therefore, here are some brief introductions to the major heroes and villains in the upcoming Aquaman movie. To make things easier to understand, I’ll explain Aquaman’s backstory using his most recent origin. His real name is Arthur Curry, the half-human half-Atlantean son of Tom Curry and Queen Atlanna of Atlantis.

He has the telepathic ability to communicate with marine life, including whales, sharks and even ancient sea creatures from the dark depths of the ocean. Thanks to his Atlantean heritage, he has super-strength and extreme endurance (sometimes even on par with that of Superman) which allows bullets to just bounce off him and withstand deep sea pressures.

Unlike most other DC heroes, Aquaman wields a weapon. This Trident is a mark of his royal Atlantean heritage, and also insanely powerful; able to pierce the skin of godly beings like Darkseid and fire blasts of magical energy.

Aquaman may seem like Marvel’s Black Panther at a glance but their circumstances are very different. Aquaman AKA Arthur Curry spent most of his life on land, which makes him more human than Atlantean. Even so, the responsibility of being a monarch is still thrust upon him, whether he likes it or not. 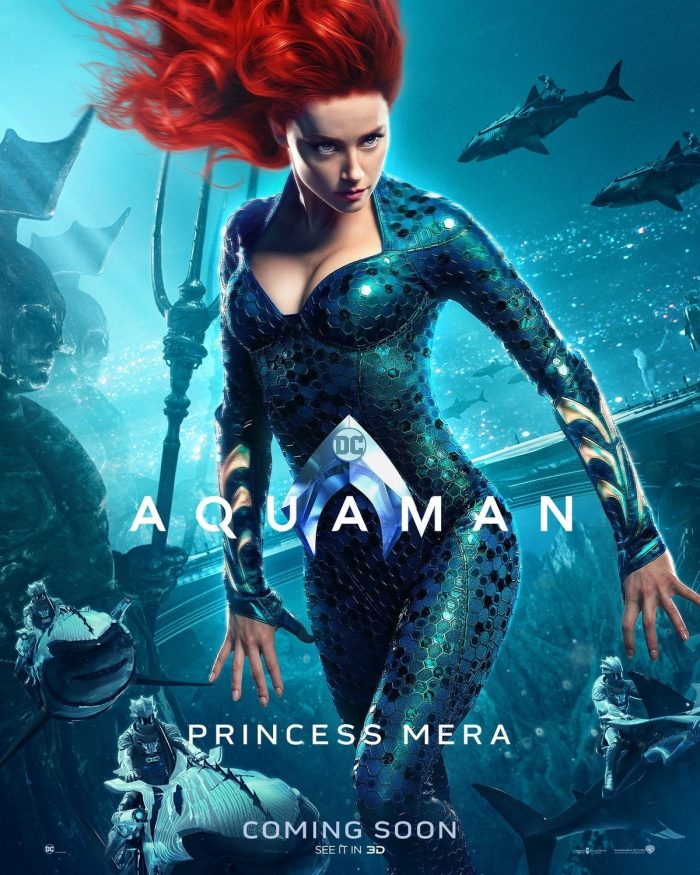 She is a princess of Xebel (an undersea kingdom rivaling that of Atlantis), the love interest of Aquaman, and a bonafide superhero in her own right. What makes her so powerful? Imagine the most powerful water-bender, who also lives and breathes in water.

Mera is a hydrokinetic; able to form hard constructs by manipulating water or liquid in general. She’s also a full-blooded Atlantean, so don’t forget to add super-strength and extreme endurance to that too. In the comics, she has even been deemed worthy enough to join the Justice League on several occasions.

Groomed to be queen, she is actually better-suited to be a leader than Aquaman is, but her Xebellian heritage prevents her from doing so (until recently, that is). She’s strong and capable of being her own character, without being tied to Aquaman. 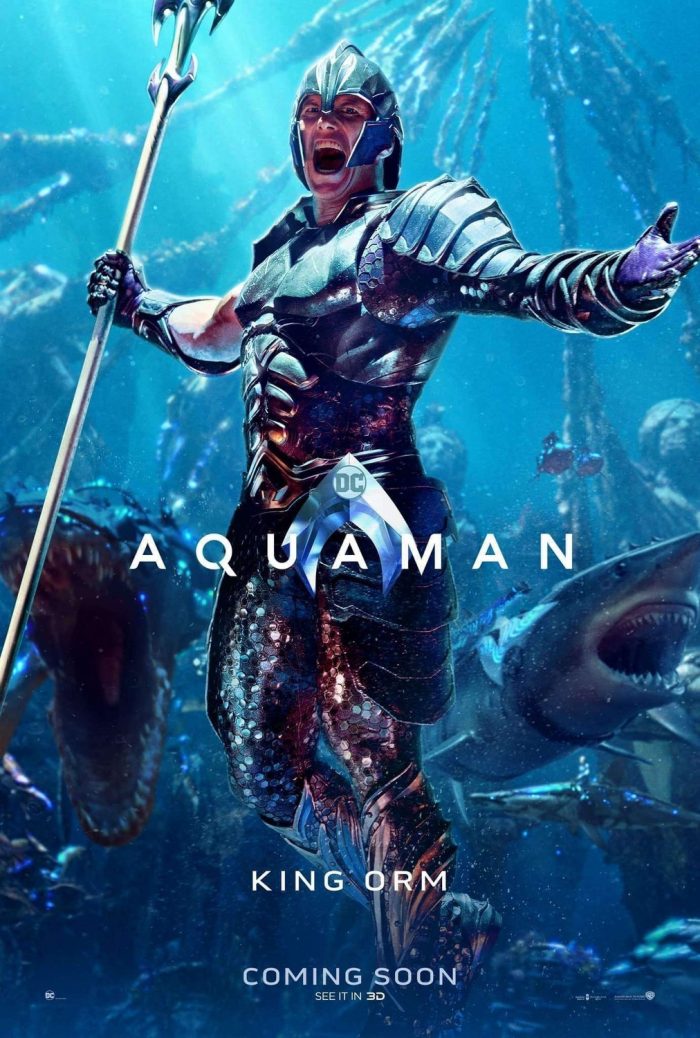 King Orm is Aquaman’s half-brother and the second son of Queen Atlanna. In the upcoming movie, he is the current ruler of Atlantis, and he wants to unite all the undersea kingdoms into one. By doing so, he will obtain the title Ocean Master.

He wants to declare war against the surface-world because he accuses them of polluting the oceans. As a full-blooded Atlantean, his strength is equal to that of Aquaman. He wields a Trident of his own, as well as his iconic helmet (which he calls a Crown in the comics). 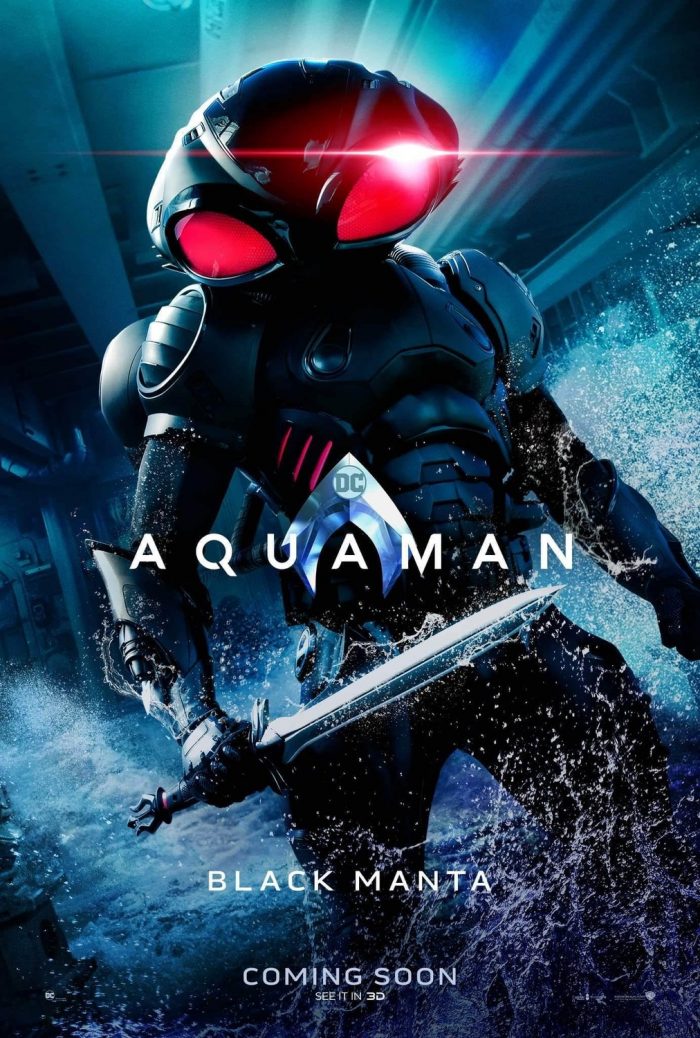 Black Manta is a popular DC supervillain in the comics, as he has been part of several villainous organizations like The Society, the Injustice League, the Legion of Doom and even the Suicide Squad. That means he is a formidable villain, despite having no powers or special abilities of any kind.

In the comics (and his most recent origin), Black Manta wants revenge against Aquaman for killing his father. Albeit having no powers, his scientific and engineering skills allowed him to build the highly-advanced Black Manta armor (which in turn allowed him to fire searing optic blasts and breathe underwater). He is also skilled in hand-to-hand combat. All of this makes him more than a match for Aquaman. 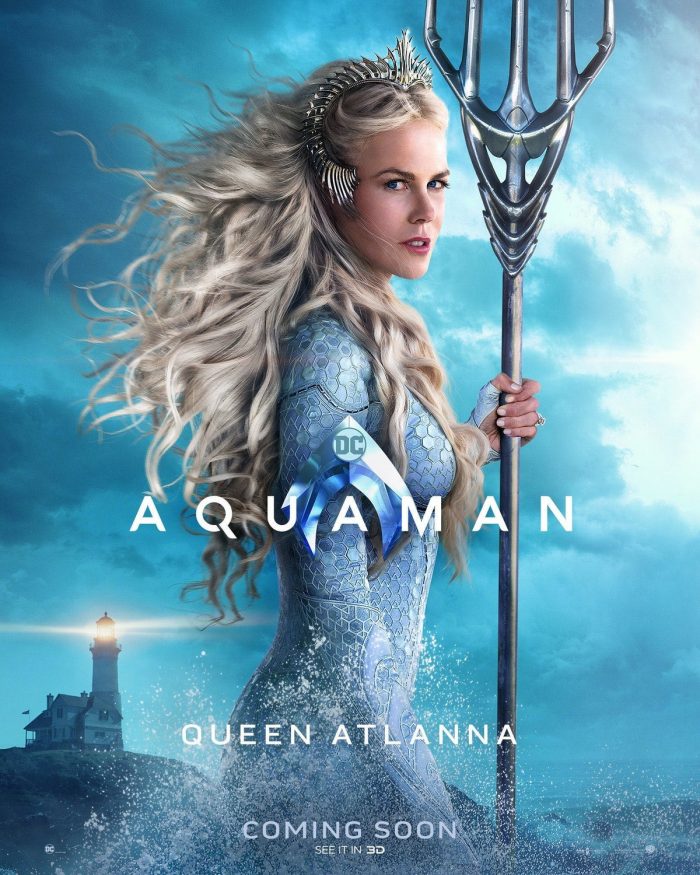 Queen Atlanna is the mother of Aquaman. She tried to escape her forced arranged marriage but was injured in the attempt. A human named Tom Curry found her and rescued her, later falling in love with each other and having a son.

She has the same abilities as any full-blooded Atlantean (like I mentioned before). Atlanna is portrayed by Nicole Kidman in the upcoming Aquaman movie. Nuidis Vulko is the chief royal advisor of Atlantis. Portrayed by Willem Dafoe, the character is a mentor of sorts to the young Arthur Curry. He secretly taught and trained Aquaman when he was growing up.

Vulko is also a potential villain, despite being a heroic supporting character. Recently in the comics, he instigated an Atlantean war, causing widespread destruction on the surface world during the Throne of Atlantis storyline. There’s always a chance that Warner Bros decides to use that in an Aquaman movie. King Nereus is the ruler of Xebel. Nereus is a quite a recent addition even in the comics, as he first appeared in 2013. However, the movie Nereus and the one in the comics are different.

There you go, folks. Now that you know the major characters, check out Aquaman when it releases in Malaysian cinemas on December 13, 2018.

The further post-apocalyptic adventures of Joel and Ellie may be slated for a next February release according to various sources. Ellie's voice actre...

At D23, Lucasfilm announced that Star Wars The Bad Batch Season 2 will premiere its first two episodes on Disney+ Hotstar on 4 January 2023. The secon...