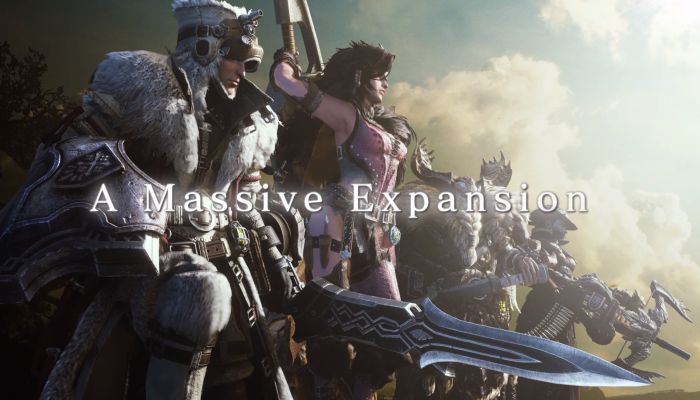 I’m pretty glad the Monster Hunter series is getting worldwide acclaim with the latest game. Like, really, REALLY big acclaim outside of Japan. With an easy-to-learn-but-hard-to-master approach to big game hunting, where the game consists of giant lizards and things with really sharp teeth and claws, Monster Hunter World deserves all of the praises.

Which is why it makes sense for Capcom to keep that lightning going with a new expansion called Iceborne. This big Monster Hunter World add-on will be out fall 2019 for PS4, PC, and Xbox One. It takes place right after the story of Monster Hunter World and features new weapons, quests, environments, and monsters. If the title is of any indication, expect to fight snow monsters and/or ice monsters in tundras, taigas, white powdered mountains, and cold spots.

Check out the trailer, which is as cold as ice. Just like Foreigner wanted.

In addition, that Geralt guy from The Witcher series is making a Monster Hunter appearance early next year. Called The Witcher 3: Wild Hunt collaboration, players will be able to use the main man himself to play “Witcher-inspired quests”. Which probably means detective work, bar fights, monster-hunting, and women-boinking in tasteful PG form.

Guess that witch from Soulcalibur VI wasn’t enough for his libido. Short trailer’s below.

The Team Behind A PS5 Indie Darling Has Issues