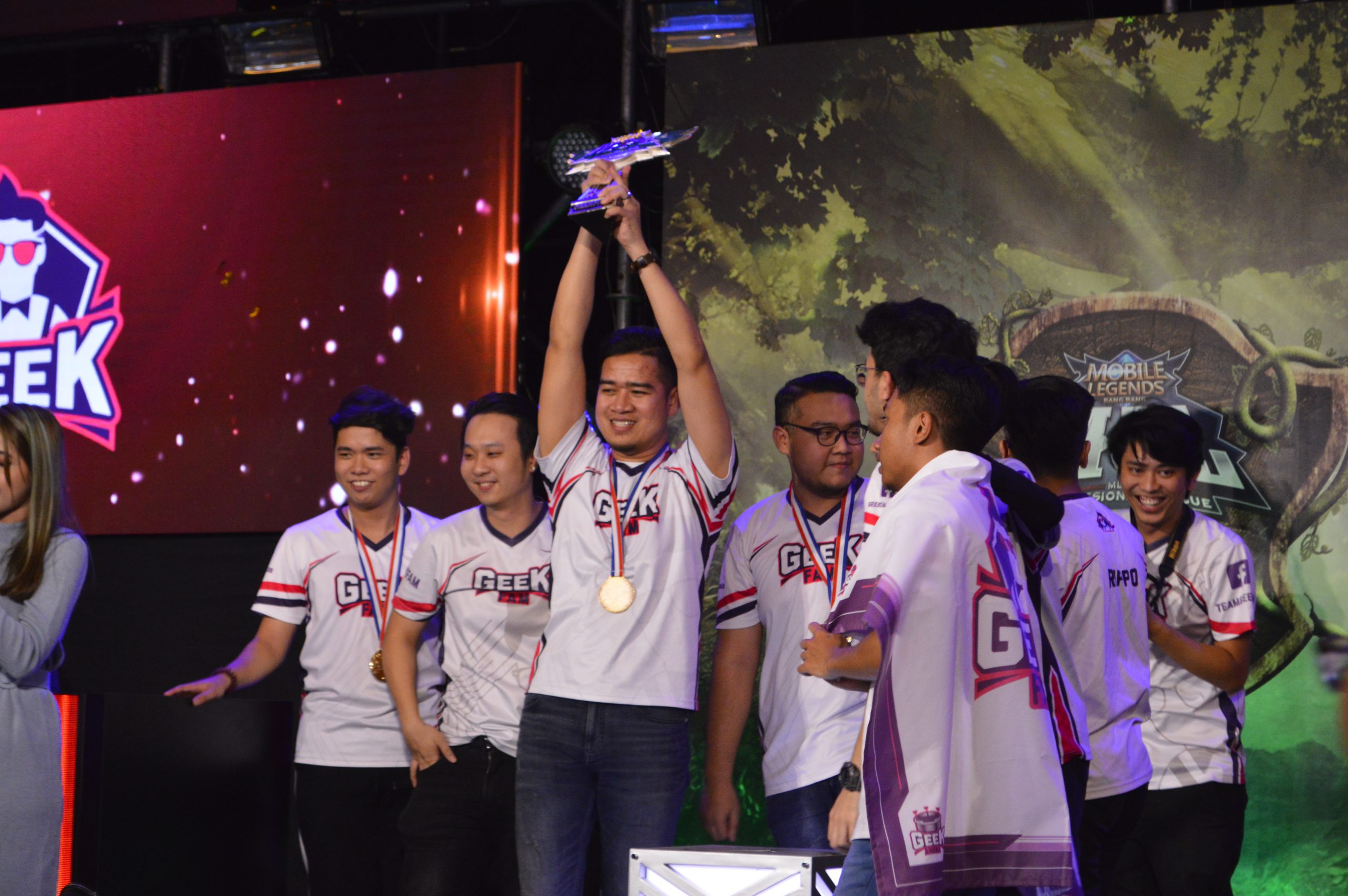 After surviving as the league’s top three teams across six weeks of Regular Season, the Malaysian team GeekFam emerges as the champions of MPL MY/SG Season 3 after a Best Of 5 (BO5) match against EVOS Esports SG.

The team started their championship run in the Upper Bracket Playoffs, facing Malaysian team Reborn in the first game. They bested Reborn twice in a BO3 match as they advance into the next match. GeekFam then faced the Singaporean team Bigetron SG, in which they won the first round.

Bigetron SG wasn’t one to give up, putting up a challenge and grabbing the win in the second round, but GeekFam dominated and won the third round, essentially advancing them into the Grand Finals.

GeekFam clinched the first round of the BO5 after Dominus dominated the field with 14 kills, contributing to more than half of GeekFam’s total kills. The second round saw EVOS Esports SG stomping the Malaysian team to a quick win. The pressure was significantly higher as the two teams enter the third round.

The third round saw support/tank player Xorn clutching a 1v4 team fight with him taking out all four assailants which resulted in the crowd going wild. They won after meticulously pushing all lanes while defending their own.

The final game is where everything goes on the line. This was EVOS Esports SG’s chance to pull it together and save themselves, or GeekFam’s chance to clinch the title.

The match was lengthy as the two teams approached each other carefully. Each kill from either team was met with a roar of cheering from the crowd. GeekFam then emerged victorious after the final dramatic push to the opponent’s base.

This makes GeekFam the second Malaysian team to win the championship title in the MPL MY/SG Playoffs. The team was even dubbed the Singapore Slayers for winning every encounter with a Singaporean team throughout the Playoffs.

The season concluded as follows:

We spoke to Mohd Haqqani ‘2ez4jepv’ Jaffar, GeekFam team captain, after the Grand Finals. He expressed his joy of winning the Grand Finals and thanked God as well as the fans’ for their undying support.

He also said, “God-willing, next weâ€™re going to compete in the qualifiers for the upcoming 2019 SEA Games. Hopefully, weâ€™ll be chosen to represent Malaysia in Manila.”

Funny how Resurgence was eliminated from the playoffs against EVOS Esports SG after saying this;

With Mobile Legends Bang Bang going bigger than just a mobile game, it’s reassuring to see the Malaysian esports scene to grow exponentially like this, especially after GeekFam, who is also Kuala Lumpur’s representative for MLBB, winning the championship.