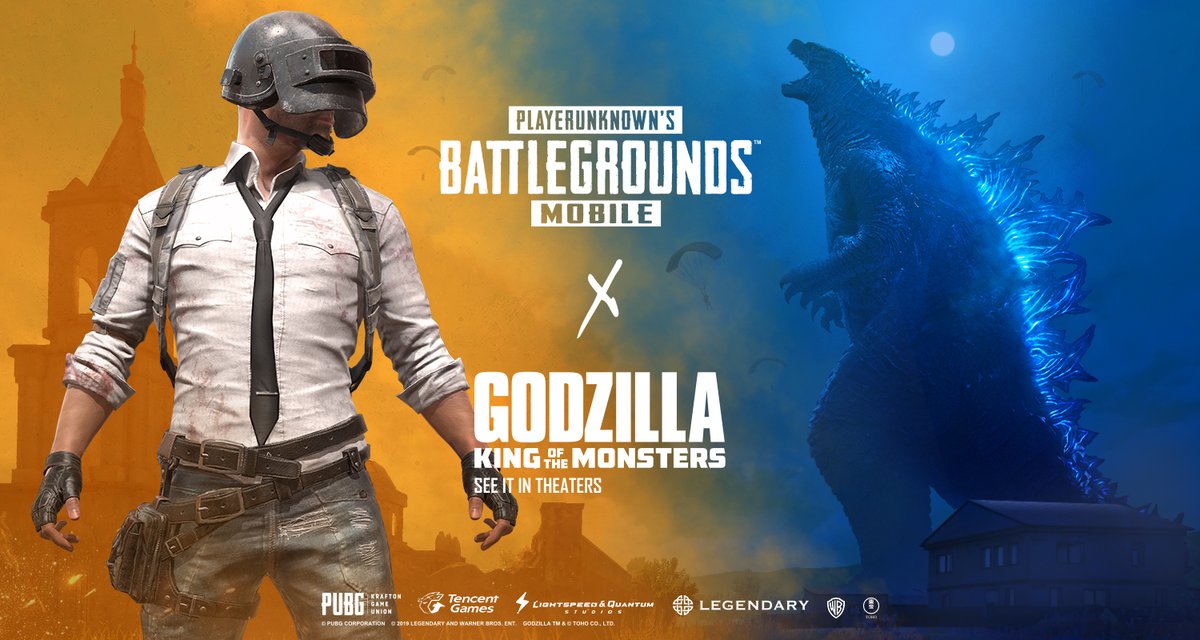 PUBG has crossed over with a lot of franchises in the past, including DC Comics’ Suicide Squad and PlayStation’s Horizon Zero Dawn. This time it looks like a certain overgrown lizard will be stomping his way into PUBG Mobile, in anticipation of his upcoming new movie later this month.

On its official Twitter account, PUBG Mobile announced that it will be crossing over with Godzilla: King Of The Monsters. The only detail revealed so far is that players can find “clues of Godzilla’s imminent arrival” in the game.

We still have no idea on what this PUBG Mobile Godzilla crossover will entail, but it probably means a lot of Godzilla-themed cosmetics on the way. They can’t possibly mean that Godzilla himself will be appearing in the game, can they?

If one of the replies to the tweet above is any indication, one of those cosmetics might just be a pretty underwhelming Godzilla-themed t-shirt.

I thought we will fight againts godzilla, turns out…. pic.twitter.com/DsYk5pdPXO

Godzilla: King Of The Monsters will be releasing on 31 May 2019, so perhaps we’ll learn more about the crossover as we get closer to the movie’s eventual release date.

Animangaki Is Returning This August