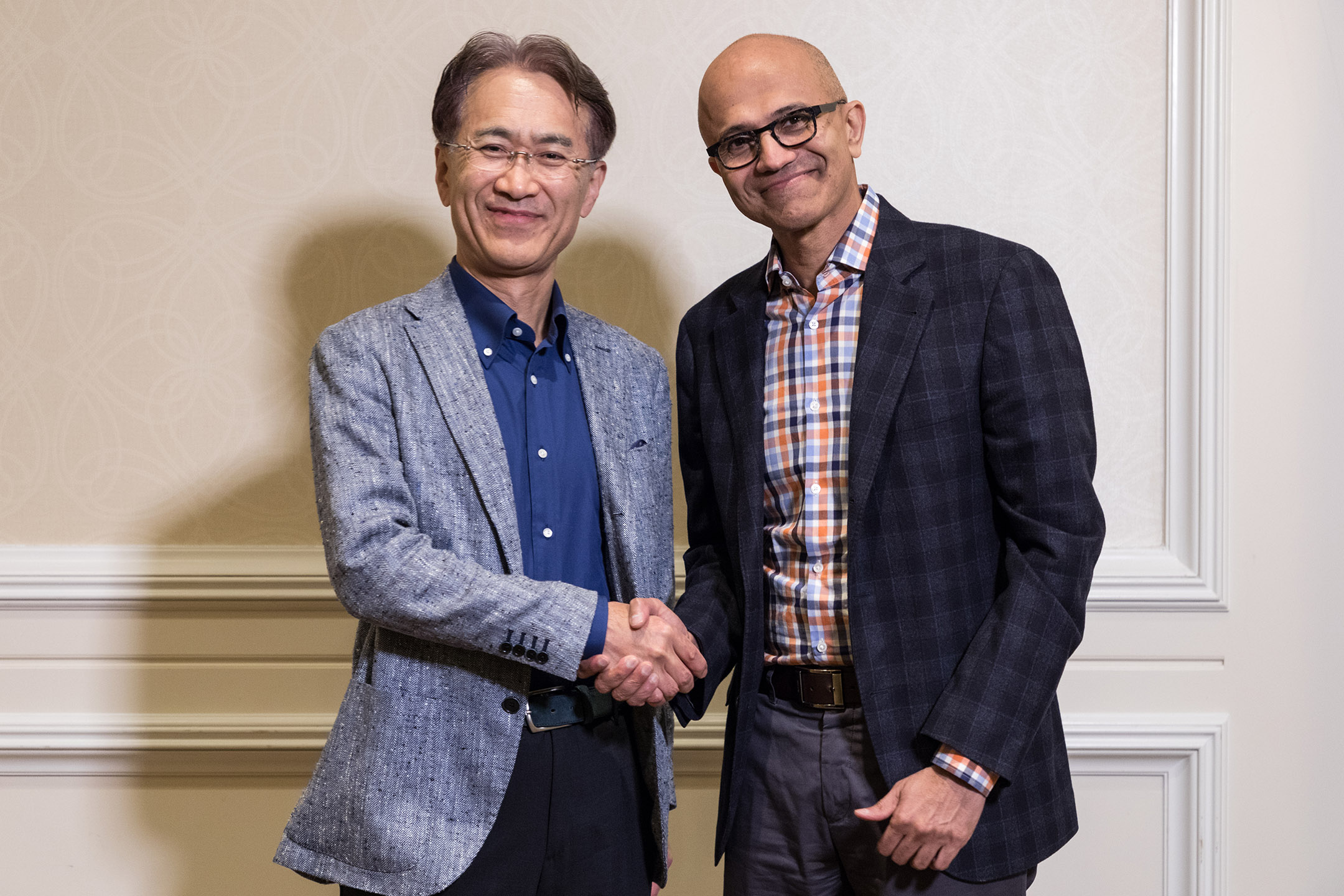 In an unexpected turn of events in what might spell the end of the long and arduous console wars, Sony and Microsoft have announced a strategic partnership focusing on developing gaming and cloud technology. What does this mean for the PlayStation and Xbox brands?

According to the official statement given by Microsoft, they will work together with Sony to develop “future cloud solutions in Microsoft Azure to support their respective game and content-streaming services”.

For who don’t know, Microsoft Azure is a cloud computing service, which can be applied to a host of technological functions, including, in this case, to further develop “Sonyâ€™s game and content-streaming services”.

â€œPlayStationÂ® itself came about through the integration of creativity and technology. Our mission is to seamlessly evolve this platform as one that continues to deliver the best and most immersive entertainment experiences, together with a cloud environment that ensures the best possible experience, anytime, anywhere.

For many years, Microsoft has been a key business partner for us, though of course, the two companies have also been competing in some areas.

I believe that our joint development of future cloud solutions will contribute greatly to the advancement of interactive content. Additionally, I hope that in the areas of semiconductors and AI, leveraging each companyâ€™s cutting-edge technology in a mutually complementary way will lead to the creation of new value for society.â€

While this partnership is certainly a positive step towards making gaming and entertainment more inclusive and open, it remains too early to say if there would lasting effects in the near future. A massive collaboration like this would need a lot of time and resources before we can start seeing the results.

It doesn’t seem realistic that two major corporations like Sony and Microsoft would simply stop competing with each other, so don’t expect the console wars to end anytime soon. While the occasional partnership could prove fruitful and beneficial, competition is ultimately always good for business.

Nevertheless, it does look like this Sony-Microsoft partnership could be their retaliation against the rise of other cloud streaming services encroaching into gaming and entertainment, the most prominent of which is Google Stadia (read more about that here).

Excited about the opportunities ahead with @Sony for us to pursue our mutual gaming ambitions and delight players around the world. https://t.co/3vBuQiruiR

Here's How You Can Speed Up Your PS4

We Are Getting A New Nintendo Direct Mini Tonight