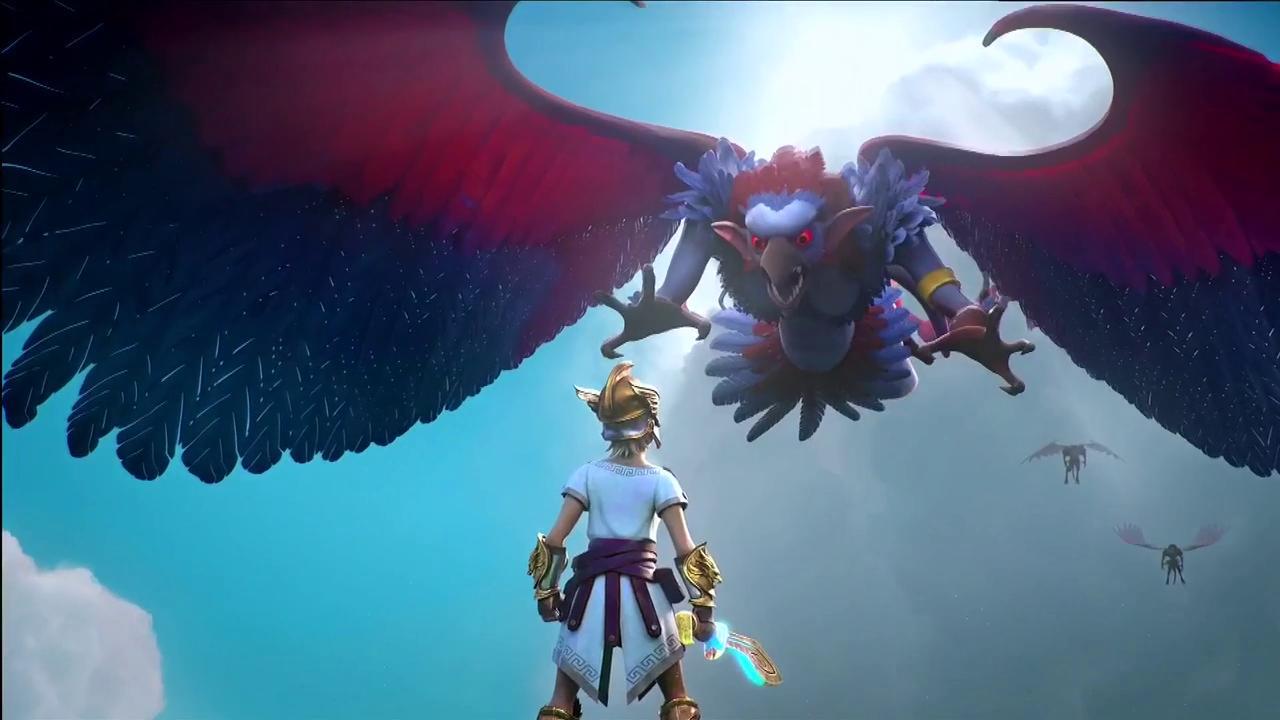 The last game to be announced during Ubisoft’s E3 2019 press conference was Gods & Monsters, a new game inspired by Greek mythology from the developers of Assassin’s Creed Odyssey.

“In Gods & Monsters players embody Fenyx, a forgotten hero on a quest to restore power to the Greek gods after it was stolen by Typhon, the deadliest creature in Greek mythology.

Players will explore the Isle of the Blessed and prove their heroism as they face dangerous mythological creatures, including fearsome Gorgons and Harpies and mighty Cyclopes.

Gifted with special powers from the gods of Olympus, players must overcome treacherous dungeons, challenging trials and perform heroic feats on their journey to save the gods.”

The trailer for Gods & Monsters is less than a minute long and doesn’t offer much (if any) actual gameplay footage, but its visuals look similar (and are probably inspired by) Legend of Zelda. Some might even call this new game Ubisoft’s attempt at making their very own The Legend of Zelda: Breath Of The Wild.

Gods & Monsters is slated to launch for the PS4, Xbox One, Nintendo Switch, PC, and Google Stadia on 25 February 2020. In the meantime, check out the trailer below.