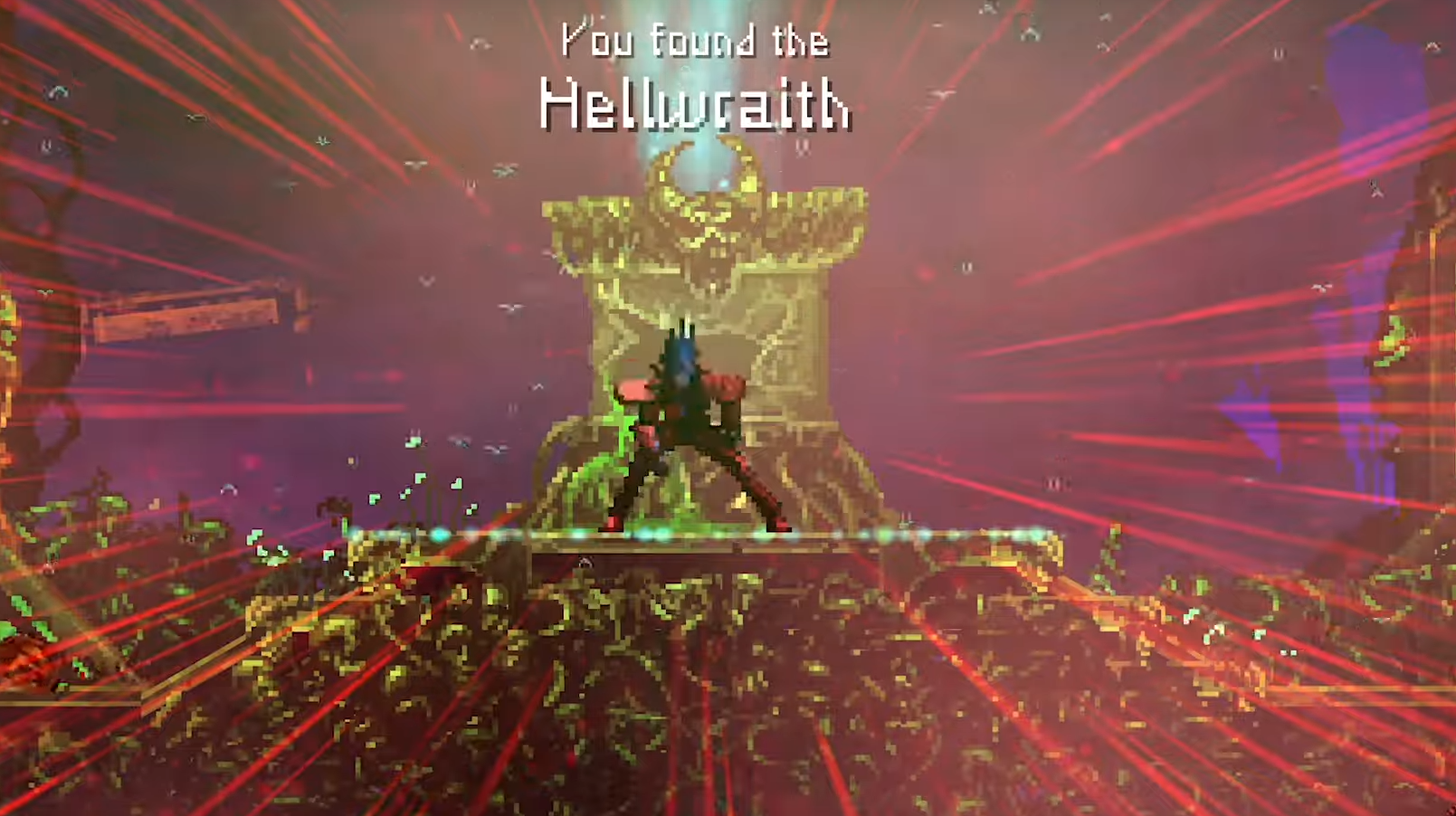 And the throwbacks keep on coming. First, it was Songs of Conquest with its nod to 90s strategy games. Now, we have Valfaris, an obvious tribute to 2D run-and-guns like your Contras, Turricans,Â and Midnight Resistances. Only instead of apeing Rambo, it gets its inspiration from a heavy metal album laced in airbrushes, metallic trimmings, and sharp things.

In Valfaris, you play as an ass-kicker named Therion who can shoot a lot of bullets, slices with his sword, and climb onto things real good. It combines the frenetic pace of Contra and the expansive vertical levels and mazes of the Turrican games. You’ll be filling monsters and sci-fi goons with loads of lead, lasers, and fire.

As if that wasn’t enough, Therion can also acquire legendary and exotic weapons that have different properties and even practical applications.One of them can latch onto enemies like a Bionic Commando attachment.

We have no idea when Valfaris will be out, but you might as well check out the trailer for your metal health.