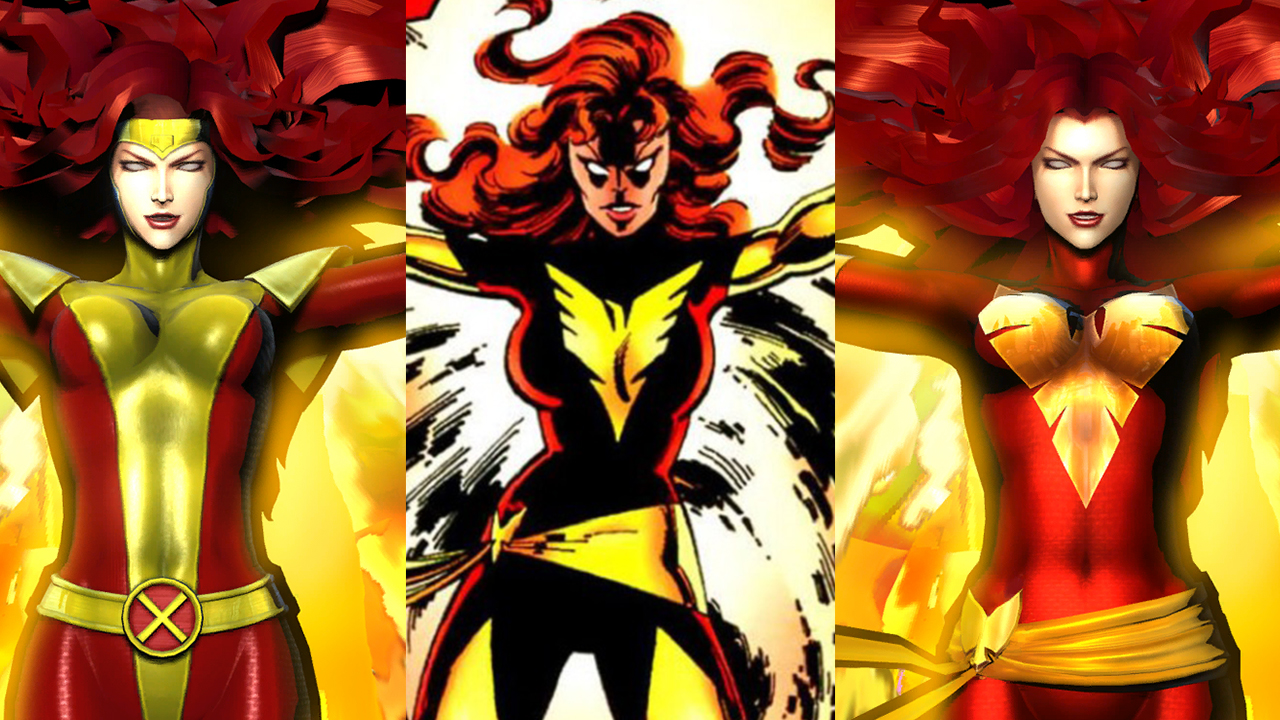 When Marvel vs Capcom 3 came into the fighting game scene in 2011 after a lot of hype, many Versus fans and connoisseurs of hyper fighting were beyond joy. It was a revolution of fighting games that not only brought two popular pop culture and gaming IPs together, but also made competitive fighting games a lot more colourful.

MvC3 also introduced a game-changer that shook the fundamentals of a 3v3 versus fighter. Sure, you can attribute it to the X-Factor mechanic, where a character can activate a timed power-up that amplifies the damage he/she dealt and their movement speed. But the other huge chunk of the history-making credit goes to then-new MvC character Jean Grey, an X-Men mutant renowned for her insanely powerful telepathic skills and being the host for the Phoenix Force, a space entity created by writer Chris Claremont during his iconicÂ series’ run.

In the comics, the formerly vanilla token female X-Man ended up being the host to the aforementioned super cosmic power who can turn evil and commit planetary-wide genocide. In Capcom’s fighting game and its pseudo-sequel-slash-mandatory-Capcom-update Ultimate Marvel vs Capcom 3, her Dark Phoenix form triggers when she dies.

In this form, she moves ultra-fast, teleports instantaneously in front or behind people, and can summon a sh***** of things on-screen while catching you off-guard with one-touch-of-death combos. The catch is her life bar gradually whittles down over time and she dies really, really fast when she gets hit, so you have only but in-game seconds to make full use of her powers.

That’s more than enough for the savviest players to close games out with.

Phoenix basically made player death in a fighting game incredibly scary. While it’s a viable strategy to have a glass cannon who comes it at certain times, she’s even better as a “last-ditch trump card”. Players familiar with MvC3 made sure they put the fear of Phoenix into their opponents by not spending their X-Factor just yet while building up their Hyper Combo meter with whoever they have.

Once she goes down for the count, the real fight for survival happens. Her incredibly fast and damaging moves, projectiles, Supers, and blink-and-you’re-dead mixups make her a force to be reckoned with especially with X-Factor activated.

From 2011 until even now, she is usually added in an MvC team as the very last character who can turn the tides of battle insanely quick.Â The best characters to make up this team were usually Dr. Doom, Magneto, Wesker, Haggar, and Sentinel.

When it came to pro players who popularized her use, none came close to Ryan “Filipino Champ” Ramirez, Jay “Viscant Snyder, and Mine during the heydays of Marvel vs Capcom 3.

Her time with pro-level teams whittled down, at least during big bouts like EVO throughout the years. Thanks to other popularized teams such as the (in)famous Vergil/Zero + one other character combo. Most players in the higher calibre know how to deal with a Phoenix attack when it happens.

Still, Capcom’s inclusion of Phoenix’s Dark Phoenix skill made a lot of MvC3 players fear and respect this character. She changed up the death mechanic in fighting games significantly.

The MvC3 meta was built around her for the majority of the game’s lifespan: you either knew how to deal with a Phoenix team or you didn’t.

She is essentially a roadblock for high-level play because her death and aftermath can catch many unwary players off-guard and snatch victory from them even for a fraction of a second.Â Players have to find many workarounds and setups to her triggered ability. This included tactics like “snapbacking” to her while her user has little to no meter to trigger her just yet, then finishing her off with a combo. Even in regular mode, Phoenix has the lowest HP among the cast, so it’s not that hard to take her down on her if you’re on-point with your offense.

Plus, there was that one glitch players found in 2017.

It’s super-situational and requires unorthodox timing though, so it’s not practical at the very least. But it shows the community’s resilience in creating ways and tutorials around dealing with just one character in a team. A character that fundamentally changes up the game from just a 3v3 fight to a 3v3+1 endurance match. A character that many MvC3 players, casual and pro-level, love and hate due to her significance in X-Men lore and also her skillsets.

For plebs like me, however, it’s fun to just watch the fireworks, so to speak. Seeing someone’s entire team decimated by a lone Phoenix/Dark Phoenix is its own kind of joy that not even Marie Kondo can muster.

Unlike the Greek/Roman mythical animal she’s based on, she didn’t come back from obscurity in the eventual Capcom sequel Marvel vs Capcom Infinite. However, The game wasn’t as popular and hypeworthy as its predecessors. I can go into great detail as to why, but Stumblebee said it best.

My point here is that it’s a shame she didn’t make a comeback because it did show Capcom taking risks with character mechanics while capitalizing on their self-made fighting game resurgence.

Her inclusion in fighting games made waves in the competitive scene for better and for worse. It made the fights we watched exciting while also invigorated people to level up their “fighterpedia” and competitive know-how.

Let’s hope the current Capcom folks and team, who are responsible for their current redemption arc with the Resident Evil 2 REmake and Devil May Cry 5, will at least think about bringing her back in a future Marvel vs Capcom revamp. Because by god the series really needs it to bring the company’s current story full circle.