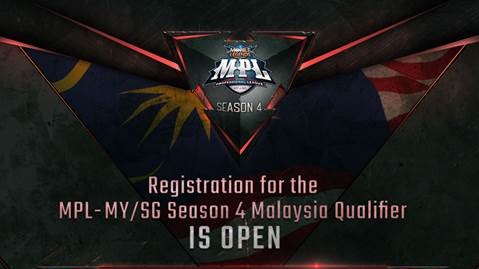 The top two Malaysian and Singaporean teams from their respective qualifiers will advance to the Regular Season of the tournament, where they will go up against Moontonâ€™s directly-invited teams in a 6-week round robin battle.

The directly-invited teams are as follows, with the top four and two teams from Malaysia and Singapore, respectively:

The condition required to join this season’s league for the directly-invited teams is that 60 percent of their rosters must remain the same from MPL-MY/SG Season 3.

Out of the total prize pool, over RM203,000 in weekly subsidies, win bonuses and performance awards await teams and players who qualify for the Regular Season while the remaining RM211,000 pool will be up for grabs at the Playoffs (which is slated for October 2019).

All teams representing their countries will need to have at least 3 local citizens and all team members must reside in their represented country. Registrations are limited to the first 512 and 128 teams for Malaysia and Singapore, respectively.

For more details and information, head on over to the official Facebook page here.