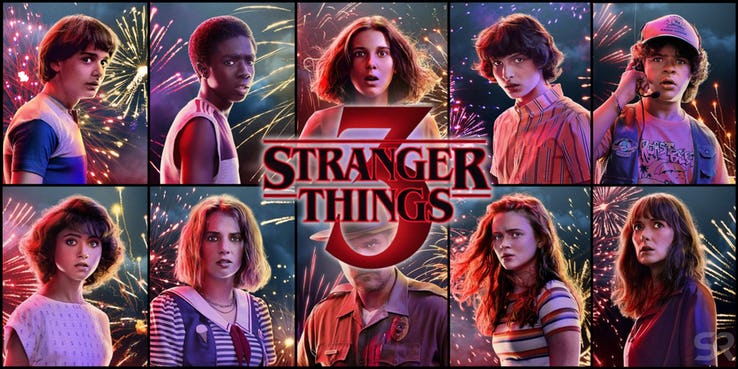 Less than a week after premiering on 4 July 2019, Stranger Things 3 have already broken Netflix records for the most watched original Netflix series or movie in its first four days of streaming. That’s mighty impressive for a show some are saying just capitalizes on overused sci-fi tropes and 80s nostalgia.

According to the official Netflix US Twitter account, a whopping 40.7 million households accounts have watched Stranger Things 3Â in its first four days alone, with almost half of that number (18.2 million) having already completed the entire season.

40.7 million household accounts have been watching the show since its July 4 global launch â€” more than any other film or series in its first four days. And 18.2 million have already finished the entire season.

The previous record holder was the recently-released Murder Mystery movie starring Adam Sandler and Jennifer Aniston, which was watched by over 30 million accounts in its first three days.

Netflix is notoriously known for being pretty secretive and cagey about revealing its viewership numbers. The streaming giant rarely shares the statistics, and only do so when they’re positive news like these.

More often than not, many shows are just canceled without any official reason given. Hopefully, this will mean that Stranger Things 4 is essentially confirmed. Let’s just hope it won’t be another long two-year wait like it was for Stranger Things 3.

Return To Pandora With These Avatar 2 Images