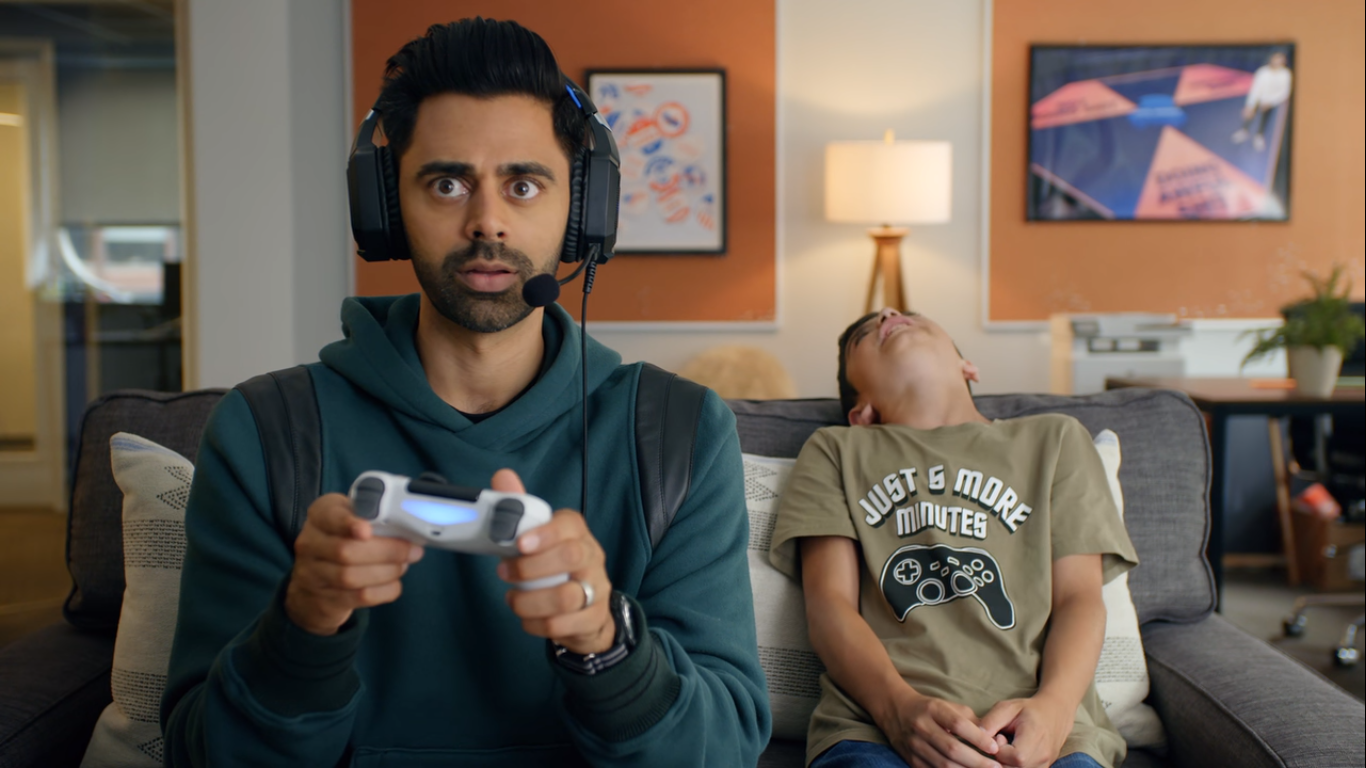 Patriot Act with Hasan Minhaj debuted the first episode of its fourth season on Netflix yesterday, and the comedy talk show (focusing on political satire and social commentary) dissected the many labor issues plaguing gaming and the games industry.

Minhaj exposes the dark side of the games industry, especially in the wake of the recent massive sensation that was the Fortnite World Cup, which concluded with a teenager winning a whopping US$3 million.

He mentions last year’s The Walking Dead developer Telltale Games’ sudden shutdown and subsequent layoffs of all its employees. Minhaj even interviews an ex-Telltale Games employee named Emily Grace Buck, who reveals that Telltale CEO Pete Hawley was making inappropriate jokes on that day, just moments before abruptly firing everyone at the company.

When Minhaj jokingly said that working with game developers is like having a bad boyfriend, Buck said:

“One of the scary things about games though is they’re all kind of bad boyfriends, and you just need to pick which kind of bad you need to live with.”Â

Minhaj also discusses the ‘Crunch’ culture in the games industry,Â forcing employees to work overtime and ridiculously long hours without pay or severance.

According to Minhaj, 95 percent of game developers claim to have been forced to crunch, with over 80 percent not receiving overtime pay. It causes employees’ mental and physical health to deteriorate, resulting in PTSD, memory loss, and more.

He specifically mentions Fortnite, as it offers all kinds of microtransactions like dance emotes, character skins, and cosmetics for tools. Minjah even jokingly equates the microtransactions with the business model of drug deals, as both involve excessively exploiting their customers.

Minhaj also interviews the games journalist responsible for breaking the Riot Games’ story in the first place, Kotaku’s Cecilia D’ Anastasio. This is what she said:

“No one should be farting on anyone, like, in a work environment.

Near the end of the episode, Minhaj points out that the solution to all these labor issues in the games industry is to unionization. Unionizing the games industry will allow the rights of individual game developers to remain protected and to solve all the issues mentioned above.

The episode ends with snippets of Minhaj actually playing Fortnite and approaching other players to jokingly ask them about issues in the games industry.

Patriot Act With Hasan Minhaj is now streaming on Netflix, so check out the latest episode for a funny but smart and concise look at the labor issues currently afflicting the games industry.

This Serie A Team Joins Juventus In Absence From FIFA 21