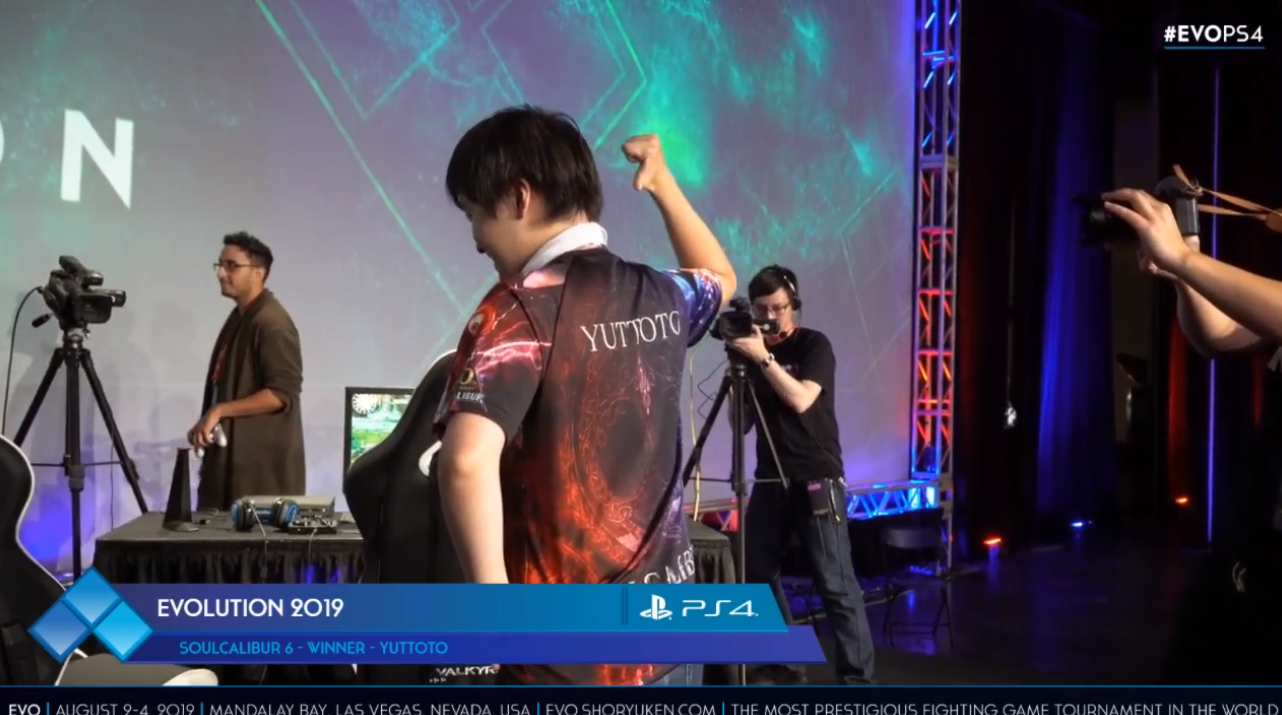 EVO 2019’s first grand finals tournament has concluded, with SoulCalibur 6 player Yuttoto winning it all with his fancy Voldo play.

Considered a high-tier character with high-level requirements, Yuttoto showed the world that with the right moves and a lot of body-pumping, he can dominate the best players the US, France, and Singapore has to offer.

In this winners final match, for instance, Yuttoto, made a comeback against France’s Skyll thanks to a well-timed Soul Charge and keeping his opponent on his toes. And with barely a pixel of his life left to boot.

Yuttoto’s climb to the grand finals was pretty spectacular, having to deal with US Bluegod’s Azwel and his weapons-master shenanigans. Not only did he have to fight him in the brackets, but he also had to adapt to his high-level Azwel play in the grand finals.

In the end, though, Yuttoto figured out Bluegod’s playstyle and proceeded to play Voldo just as intended; lots of crawling on all fours and air-humping.

Here are your top 8 players:

Special props should go to Singapore’s Shen Chan for making it to top 8 and placing pretty high in the worldwide standings of the game. His Cervantes is not to be messed with, and he even got on board the Voldo love train.

Truly 2019 is the year where SoulCalibur’s Italian gimp bodyguard shines.