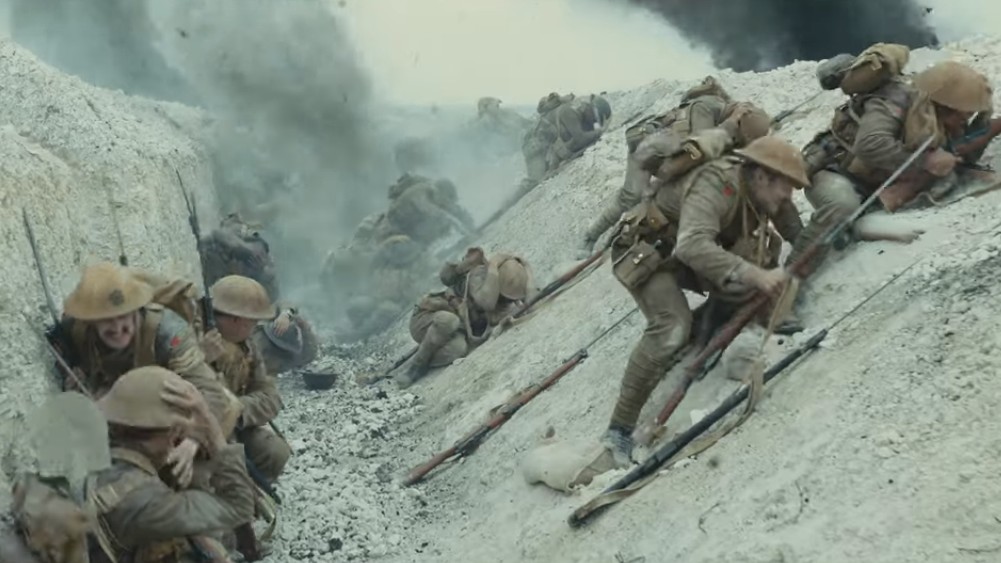 While the first trailer for 1917 is reminiscent of past iconic war movies like 1998’s Saving Private Ryan and 2017’s Dunkirk, it differentiates itself from those movies by focusing on a different seldom-explored era in human history: World War 1, also known by many as the Great War (before World War 2 erupted, that is.

In a way, World War 1 was grittier and ‘dirtier’ than World War 2. The politics were much more complex and not as clear cut as the world fighting against Nazis (and communism/fascism) in World War 1. Soldiers took shelter in muddy trenches for days, before charging to their deaths on an open battlefield.

On the other hand, why does the trailer look so good? That’s probably because 1917 was shot by legendary cinematographer Roger Deakins. He was responsible for the amazing cinematography in 1994’s The Shawshank Redemption, 2007’s No Country For Old Men, and 2017’s Blade Runner 2049.

In the meantime, check out the intense and harrowing 1917 movie trailer below.