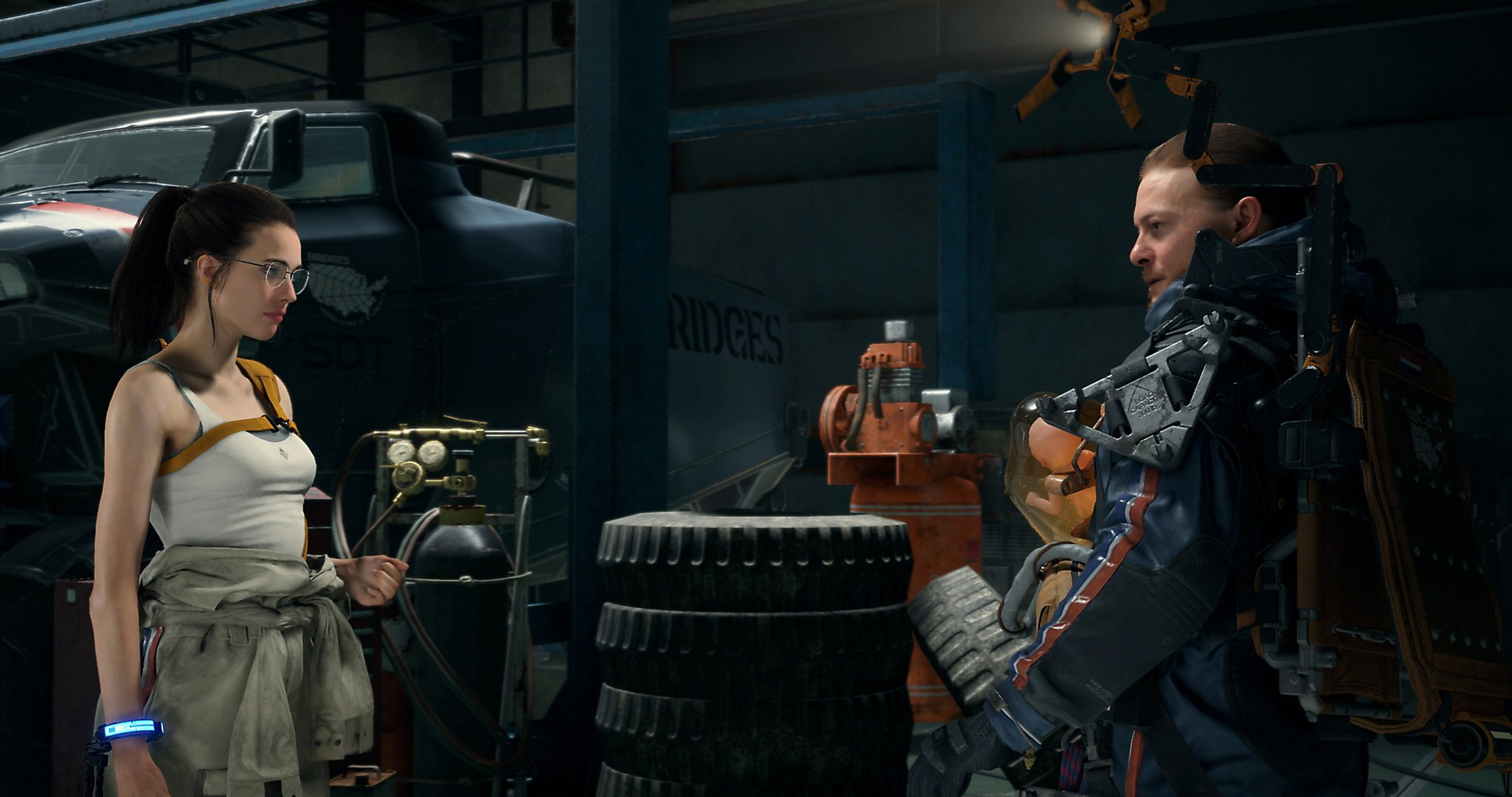 Everyone who watched all 50 minutes of the Death Stranding gameplay shown at Tokyo Game Show 2019 are either convinced it’s going to be a brilliant masterpiece or are skeptical to the point of calling it a “walking simulator” or “DHL Express: The Game”.

Hideo Kojima knows that most people won’t immediately understand what kind of game Death Stranding is and so far, that seems to be the case. In an interview with Game Informer, he gives more detailed explanations behind the game’s concepts and ideas. Believe me, it’s a lot more interesting than it seems.

Addressing the “walking simulator” comments, Kojima said that it’s something he’s already used to. Back when the concept of the first Metal Gear was presented, the same skepticism and criticisms were thrown his way as the game industry at that time wasn’t yet accustomed to the idea of stealth games. Safe to say, he proved them wrong.

“Itâ€™s the same as when I first brought out a stealth game. If 100 people play it and 100 people say itâ€™s fun, it means the genre or the game already exists. But this is a new genre â€“ same as stealth the first time, there will be people who donâ€™t get it. It will take time for the real evaluations to come in.”

Echoing a bit of Todd Howard, Kojima boasted that his open world was truly “open”. He said that the typical limitations set by other games such as the use of valleys that couldn’t be crossed and so on will not be a part of the design of Death Stranding. Even the staff at Kojima Productions didn’t really get it at first but when they did, he said they had fun even when just walking around.

Realism is a huge focus in the game. Players will have to balance the packages that Sam carries and failing to do so can result in Sam tripping and falling. Try to cross a river that has strong currents? You might get drifted away and lose your packages in the river. There’s a lot of stuff you need to think about in this game and that’s what Kojima is aiming for.

For those of you believe that Kojima is just making things up as he goes, there’s actually evidence of that in the interview. When asked about the game’s method of storytelling, he answered that he’s never mislead people and just “creates the story as-is” which sounds like he’s definitely making it up as he goes.

This notion is further reinforced by Kojima himself when he says that the game’s setting also acts as a metaphor to contemporary issues “like Trump, and the EU”. The first Death Stranding trailer was revealed at E3 2016, Trump became president in 2017. If Kojima is referring to Brexit when he mentions the EU, the referendum was held a week after E3 2016.

Well, this is Kojima we’re talking about. Being a big fan of the Metal Gear Solid series, I’ve learnt not to take him too seriously whenever he talks about his games. His ideas tend to be more grand than what’s actually put in the games but maybe this time things will be different. We’ll have to play the game to find out.

One statement that might actually drive some people away from the game is “People who don’t make it to the end won’t be really moved”. Kojima said this in response to being asked what he wanted players to feel once they beat the game. He used the act of climbing Mt. Fuji as an analogy to reinforce the fact that the people who give up halfway won’t be able to see the beautiful sights at the top.

I’m one of those people who still can’t see the appeal of Death Stranding‘s core gameplay. No matter how the brilliant the story is, it doesn’t matter all that much if most of the hours spent in-game are dull. Unfortunately, Kojima didn’t say anything in this interview to win me over on that part.

There’s at least one interesting (but not groundbreaking) idea that Kojima wants to convey in the game: an online community without negativity.

Death Stranding‘s asynchronous multiplayer works in really weird way. Imagine the Soulsborne games’ message system but instead of being able to “like” or “dislike” the messages, you can only “like” them. When other players leave items in their game, there’s a chance those items can pop up in yours. If the item is helpful, you can give them a “like”.

“What I really wanted to do â€“ I didnâ€™t want to give â€œthumbs down.â€ I didnâ€™t want to give any negative in this game; it was a positive intent where I started this idea. In current SMS and internet, thereâ€™s likes and thumbs down. To me, [thumbs down] is like the stick â€“ itâ€™s an attack. But thatâ€™s why itâ€™s a positive intent in the game; if [your objects] have few likes, they might disappear, and the ones with lots of thumbs up will remain, but it isnâ€™t negative.”

The bottom line is that pretty much nobody gets what Death Stranding is about and Kojima explaining the game actually just makes it more mysterious (and interesting). We’re less than 2 months away from the game’s release so let’s wait and see if this is truly the mind-blowing experience that Kojima promises it to be.

Tom Clancy's Elite Squad Is Out Now On Android & iOS