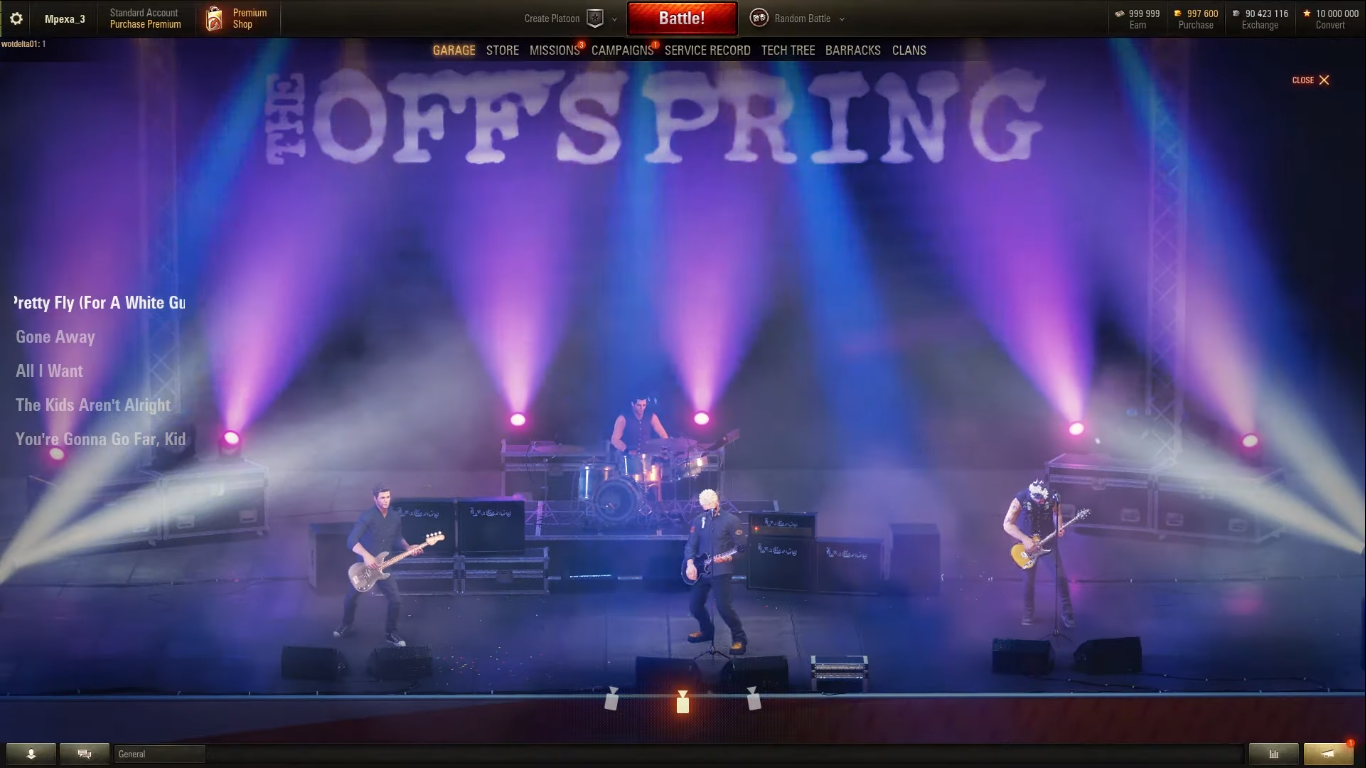 American rock band The Offspring will be the latest real musical acts to perform in a video game. Wargaming has announced that they will be performing in World Of Tanks from 18 September to 7 October 2019, where avatars resembling the band members will perform on a virtual stage in the Garage.

These avatars of The Offspring will be achieved via motion-capture, which is the first time that the tech is used in World Of Tanks. In a statement to GameSpot, The Offspring singer Dexter Holland said:

“When the World of Tanks guys approached us with the idea of an in-game concert, we thought, ‘Hell yeah, let’s do it!’.

Video games are cool but video games where you can blow stuff up are even cooler.”

The band will perform some of their greatest hits, including “Pretty Fly For A White Guy),” and “The Kids Aren’t Alright”. They recently performed at the World of Tanks fan event Wargaming Fest: Tanker Day 2019 in Minsk, Belarus. It attracted over 250,000 people from around the world, which you can see in the post shared by the band on Twitter below.

Silent Hill Art Director Is Working On A New Game