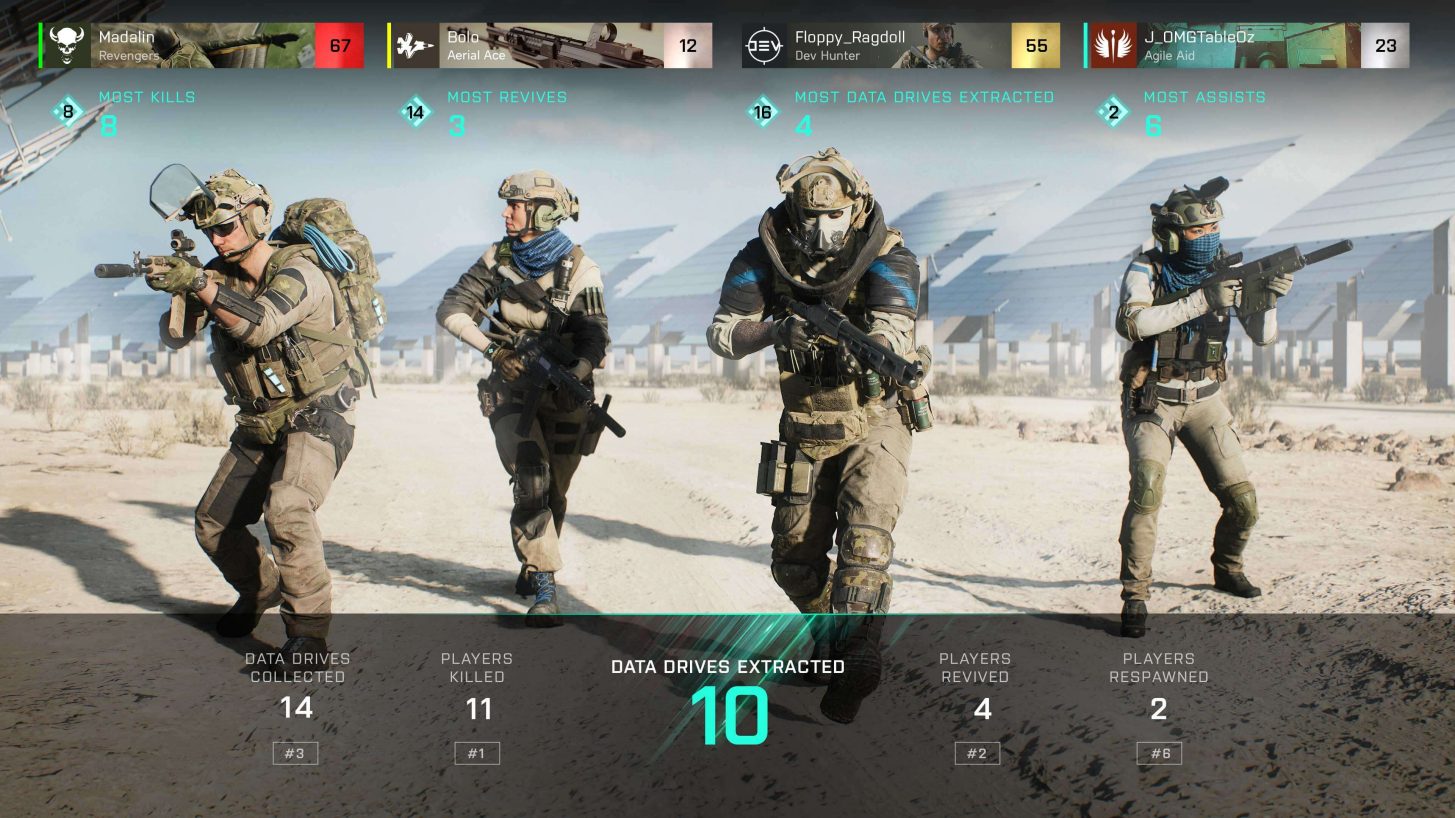 EA just released gameplay footage of its new mode for the upcoming multiplayer online shooter Battlefield 2042. And it does look a tad familiar…

This new mode for the upcoming shooter basically has you and a few others form a squad to find Data Drives and escape the map unscathed. Of course, every other squad will be hunting you down within the vicinity, so it’s every squad for themselves. Essentially, it’s part team-based battle royale, part Escape from Tarkov, and a bit of Scavengers.

Here are more details about this mode and its rewards system according to an EA presser:

Squads that successfully capture Data Drives and extract will be rewarded with DMC as well as a bonus dealt out to members based on their actions taken during the match, such as kills. The more Data Drives you extract, the higher the reward for your squad will be.

The more Data Drives you gather in a match of Hazard Zone, the more XP you gain for your overall level and Battlepass and the more DMC you collect to spend on equipment and upgrades during a future match.

If you’re on a hot streak and your Specialist extracts consecutively enough, you’ll earn an Extraction Streak marker tied to the chosen Specialist that will reduce the cost of weapons, equipment, and tactical items for that Specialist while you continue playing with them. However, if you fail to extract, that marker and all its benefits disappear until you earn another streak, so don’t get cocky, No-Pat. It’s a long fall.

Alongside your equipment, you can also buy Tactical Upgrades that can drastically improve your chances of survival.

There are 15 Tactical Upgrades available at launch, and hereâ€™s a quick glimpse at some of them:

Looks pretty fun if you’re into the group-based battle royale kinda gameplay style. The mode will be available alongside the main game this 19th November for consoles and PCs.