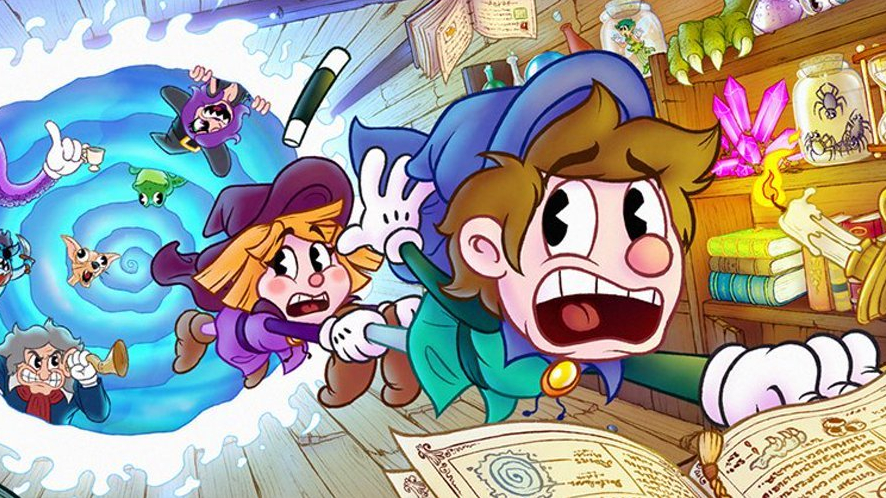 In the world of video games development, it’s very hard to find original ideas. That’s not entirely a bad thing. Taking inspiration from other successful games can potentially make your own game a lot more enjoyable. However, some developers take more than just inspiration.

Here's the trailer for our upcoming kickstarter campaign!#gamedev #indiegame pic.twitter.com/lWAJeULb3K

The developers of Enchanted Portals have aroused very mixed feelings inside me. They’re working on a game that wears the aesthetics of 1930s cartoons, similar to Cuphead. The character and enemy designs look great and the overall animation work is indeed beautiful. It’s very obvious that there are talented people working on this.

Once I got to see the gameplay, I felt a bit disappointed. It’s basically a one-to-one copy of Cuphead‘s 2D side-scrolling platformer gameplay. Why this saddens me is that it feels like they’ve got a bunch of skilled folks developing this game but they didn’t put in a lot of thought in the department of originality.

Aren’t they worried about being ignored due to sentiments of being considered just a clone or reskin of Cuphead? Perhaps the developers actually want people to think that. It’s definitely helping them get a lot of attention. We’ll have to wait and see if that attention is the good or bad kind.

The Kickstarter campaign for Enchanted Portals begins on 24 October 2019. The game is planned to be released on PC and Nintendo Switch. Check out the game’s Twitter page here.

Borderlands 3 Director's Cut Vault Card 3 Is Out Now: Here's What You're Getting

E3 2019: Would Tom Clancy Approve The Use Of His Name On A Mobile Game?