The playoffs for the fourth season of the Mobile Legends Professional League (MPL) MY/SG is happening next weekend. But before all that, the best players from Malaysia and Singapore met at Battle Arena in KL today for an All-Star Match plus meet-and-greet session with fans.

The setup of the MPL MY/SG Season 4 All-Star Match at Battle Arena.

After the match, we got a chance to talk to Geek Fam’s captain Haqqani “Jep” Jaffar and ask him a few questions. Regarding the upcoming the playoffs, Jep says that his team is definitely ready to climb back up to the upper bracket. They’ll be starting off in the lower bracket facing off against XPAX X-Assins.

When asked about the Malaysian esports budget which was recently announced during the tabling of the 2020 Budget, Jep believes that the funding will definitely benefit the local esports industry but he hopes that those who are in charge of handling the funds will ensure that the money is used responsibly.

“I hope that parties involved ensure that there is no wastage in making use of the RM20 million ringgit funding. It should be channeled in a responsible and disciplined way so that we can more new talents joining esports in Malaysia.”

After the All-Star Match, fans were given the chance to play with and against the pros.

There’s also the hot topic of the proposed national esports league which is planned to be organised next year. Jep believes that it’s a good idea and that it can be done to enhance the local esports scene. However, there is still the issue that a lot of skilled amateur players aren’t given the proper opportunities to showcase their abilities.

“I believe it’s a good idea. However, teams need to be properly managed so that they can balance their focus between playing for the country and for their respective teams. It could be a good platform to develop new talents because they need more opportunities to expose themselves to the professional settings.”

Team Singapore was the winner of this season’s All-Star Match but Team Malaysia definitely put up a good fight. After losing the first round, the Malaysian team made an amazing comeback with a quick 19-minute victory plus 10 kills ahead of Singapore. Unfortunately, Singapore gave them a taste of that medicine in the third and final round.

The teams and their players:

The MPL MY/SG Season 4 Playoffs will be happening on 19 and 20 October 2019 at KL Live. If being able to watch the best Mobile Legends players from Malaysia and Singapore doesn’t sound great enough, you’ll also stand a chance to bring home a Black Shark 2 Pro gaming smartphone. 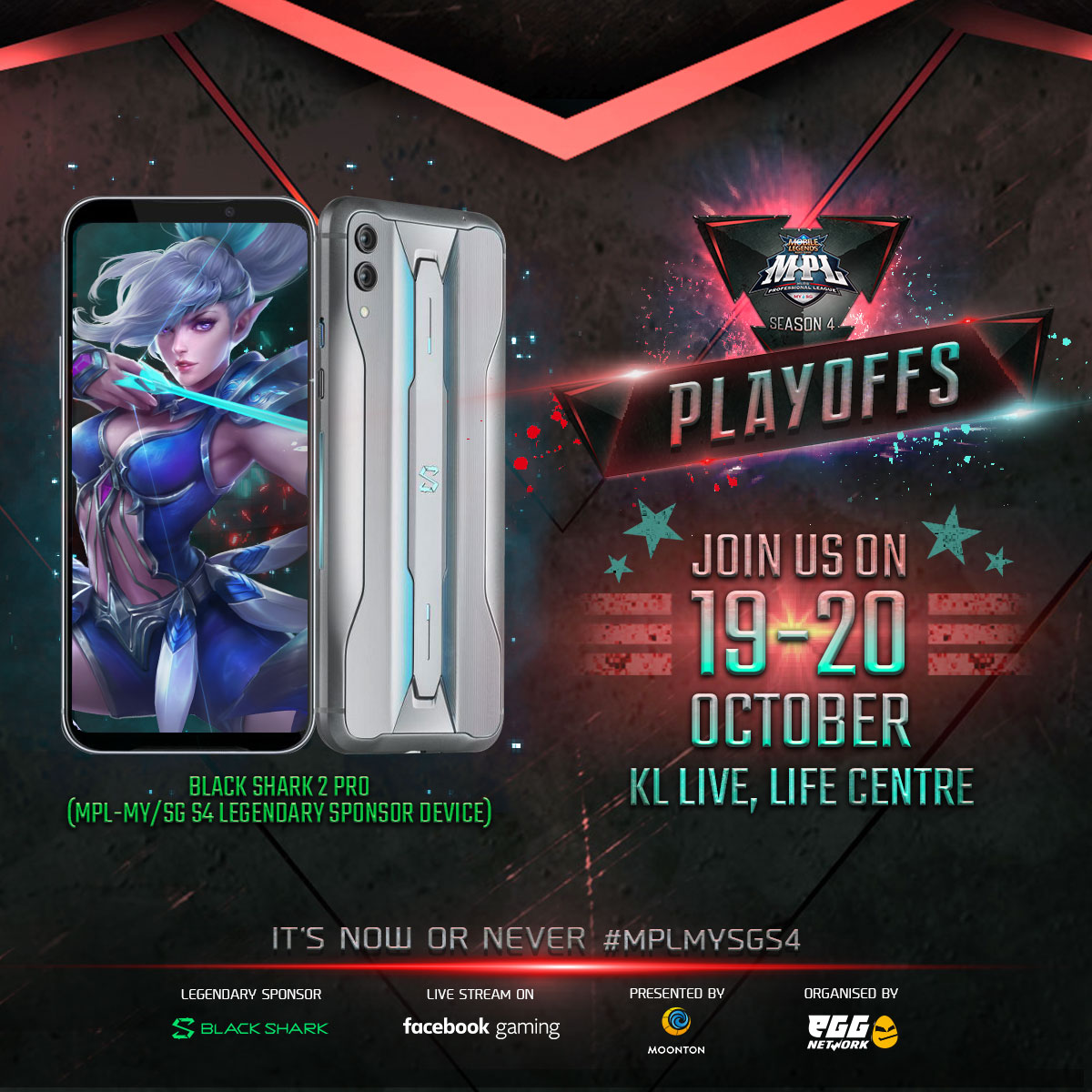 The latest Steam 2018 year in review stats from Valve is out and its numbers are growing bigger than ever. Here's the first part: There are 47 milli...

According to esports website What's The Meta, Malaysian rapper Caprice is expected to start his own esports company soon. It's okay if you don't know ...

News
Genshin Impact 2.3 Update Brings Our Heroes Back To Dragonspine