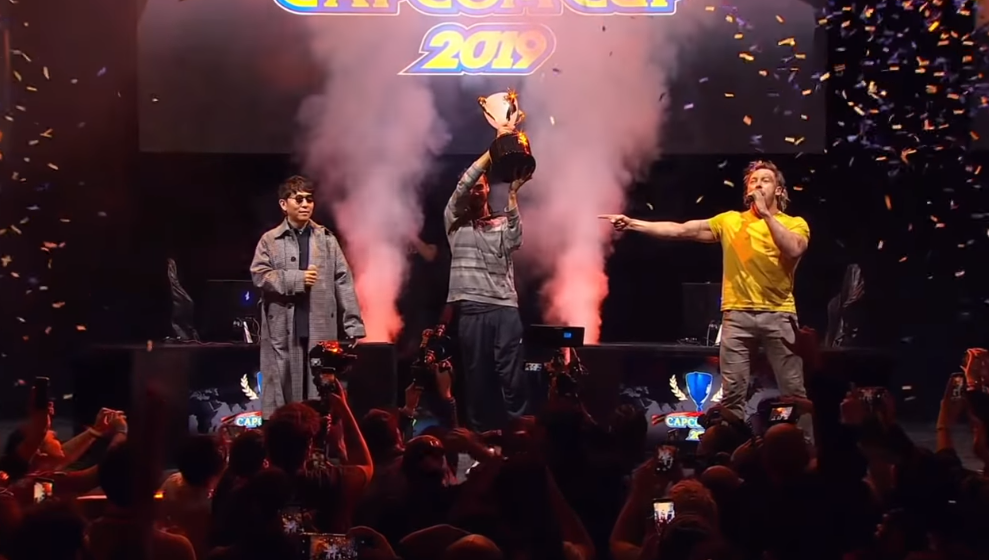 Talk about huge winds of change country-wise. While last year’s Capcom Cup was Asia-centric, the West is truly won in Capcom Cup 2019.

It’s America vs America for the grand finals, with all of the Japanese players all but relegated past the top three. That includes Mago, Tokido, Fuudo, and Nemo, as well as Taiwan’s OilKing and Singapore’s Xian. In one corner is renowned SFV dominator Punk. On the other end, US’ iDom.

He’s made a lot of rounds as a pro SFV player, but never had his moment in the sun until this fateful day this mid-December.

iDom resets the bracket with his perseverance, sticking to Laura and her mixup potential.

Punk didn’t have an answer after using Cammy in the initial rounds. Try as he might, Punk’s Karin had no way to sort out Laura’s fireballs and mixup grabs.

Punk regained his composure in the tail end of the set. This led to iDom picking Poison in the second last fight to zone out Punk’s close-ranged gambit. That paid off big time as iDom won the entire fight and Capcom Cup 2019.

Did I forget to mention that iDom isn’t sponsored by anyone at the moment? He probably will be after this.

iDom’s fight all the way to the top proves that tier lists mean jack in a high-level tournament. Laura hasn’t been used as much in most major Street Fighter V tournaments all across the world, but that doesn’t mean she’s weak in the slightest.

In fact, there’s a ton of variety in characters in the top 12 below in this year’s major tournament. From your Zekus to your Lauras, nobody is spared, though we could use a little less Rashid.

The next Capcom Cup will be held in Paris, France.

Also, there’s a new trailer right after Kenny Omega superkicks producer Yoshinori Ono in some on-screen hijinxes. Street Fighter IV boss Seth is back, and looks like Juri and Chun-Li for some reason.

At least his old outfit’s back in case you’re feeling confused. Sexually.

Despite earlier kerfuffles, Capcom Cup 2019 ended on a high note with America and Europe’s finest dominating the top three. While the competition was no slouch, seeing underdogs dominating the scene is a nice change of pace.

Scott Pilgrim vs. The World Cast Table Read To Premiere Next Week Monday