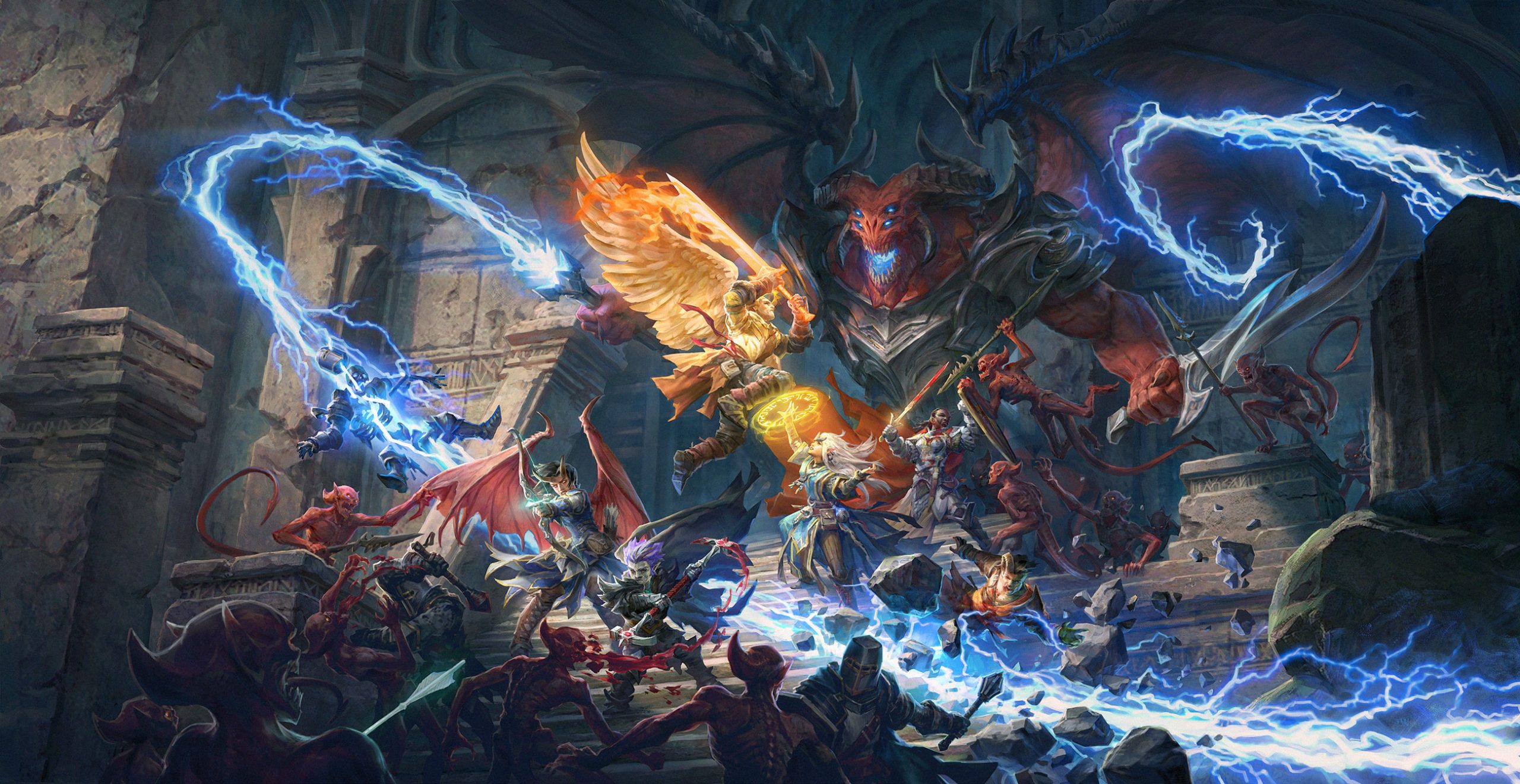 There’s quite a number of isometric RPGs that attempt to capture the magic of table-top RPGs and one of them is Pathfinder: Kingmaker. A year after Kingmaker‘s release, developer Owlcat Games has just announced an indirect sequel with promises of fixing major flaws from the first game.

Pathfinder: Wrath of the Righteous has just been announced by Owlcat Games. As mentioned above, it isn’t a direct sequel of Kingmaker since it takes place in a new part of the world of Golarion called the Worldwound. The game will take on a more darker tone compared to its predecessor a shift in visual style is to be expected, judging by the concept art above.

An interesting feature that Owlcat seeks to bring to Wrath of the Righteous is the mythic progression system from the Pathfinder tabletop game. It’s a system that will allow players to choose a Mythic path such as a mischievous trickster, an immortal lich, a celestial angel, and others. Players will unlock powerful abilities and even affect the world in significant ways in relation to their mythic progression.

To sign up for the newsletter for Pathfinder: Wrath of the Righteous, just head on over to the game’s official website.

Here Are Call of Duty: WWII System Requirements on PC