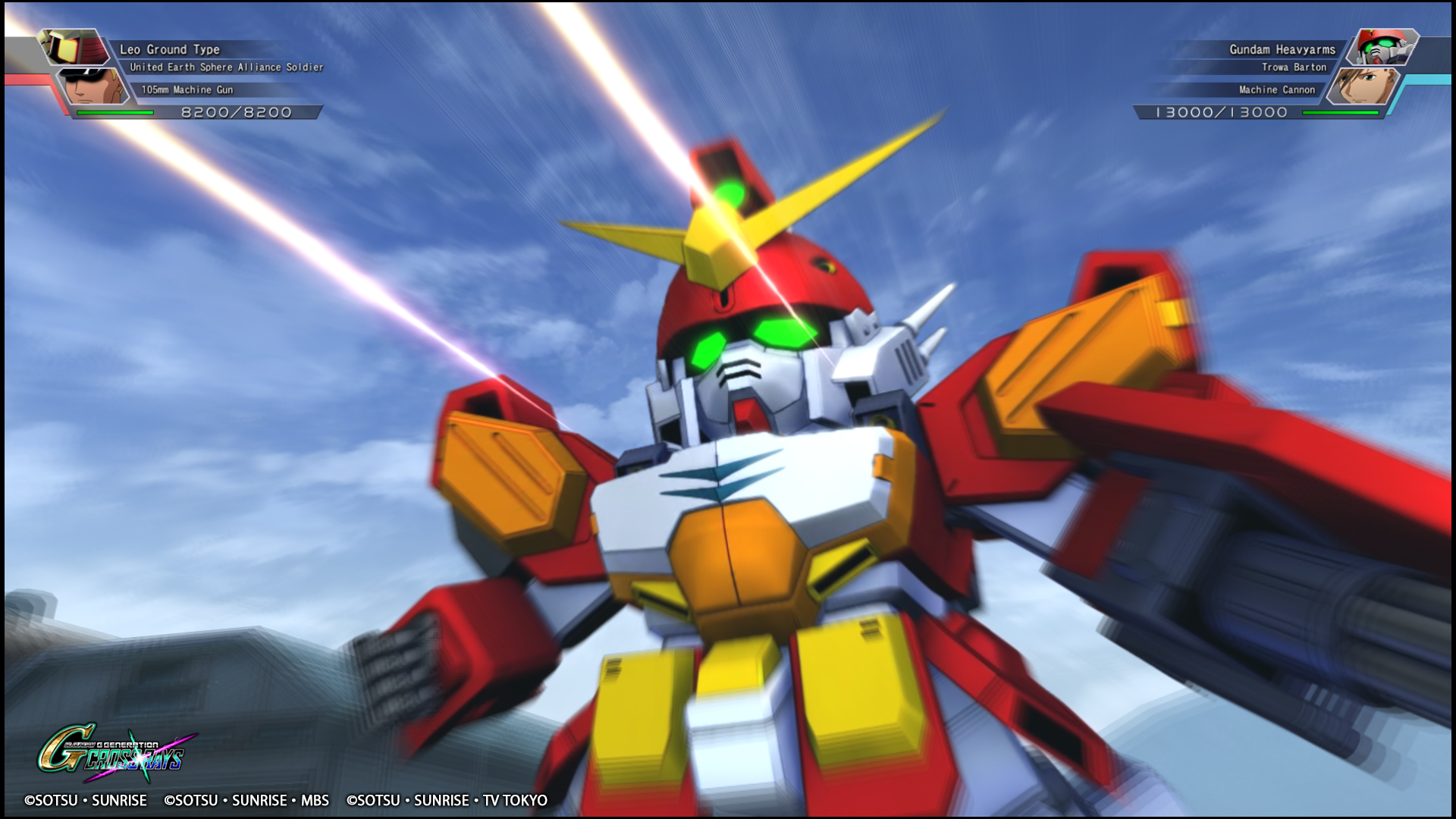 From the get-go, it’s easy to see that a game like SD Gundam G Generation: Cross Rays is made exclusively for Gundam fans. It’s not meant to be accessible to anyone who isn’t knowledgeable about Gundams and the various anime and stories that they have been featured in. The game makes that clear very early on.

If you’re looking for a review of the game done by someone who doesn’t know anything about Gundams and never played any games similar to this title such as Super Robot Wars, then you’ve come to the right place. I approached the game as a total newbie to these kinds of games and simply put, I felt lost 90% of the time.

However, my experience wasn’t entirely horrible.

Made For Mecha Heads

The primary reason why non-fans will never understand what’s going on is that the story mode missions never really gives you any context as to what’s happening before thrusting you straight into the JRPG-esque dialogue section often seen in games like the Super Robot Wars series.

If you’re not a fan of Gundams and you know next to nothing about them, playing this game will leave you just as clueless.

For fans of the Gundam universe, especially the four series mentioned above, you’re definitely in for a treat. Not only can you mix and match Gundams and pilots from the four different series but you’ll also be able to fine-tune other fanservice elements such as choosing specific BGM tracks for each of your pilots.

There were moments where I definitely felt that the characters from the different series were interacting in funny ways while spouting references I should but didn’t really get. I have no doubt that moments like these would be greatly appreciated by fans of the various series.

The gameplay in Cross Rays bears a lot of resemblance to how Super Robot Wars V is played. Even the gameplay cycle is largely the same. In story mode, you watch characters talk in fully voiced dialogue until someone gets offended due to political reasons and brings out their giant robot thus prompting everyone else to bring out their giant robots too and then the battle phase starts.

I’ve never played anything like this so I went for the Normal difficulty setting which is the easiest setting available. It was too easy at first since I was one-shotting enemies left and right but it helped set a good pace for me to understand the dozens of mechanics that the game had. Believe me, this isn’t a simple game but that’s not necessarily a bad thing.

Cross Rays is a tactical game which is easy to learn but hard to master. It will take you hours to fully understand how the game is truly played but once you get it, it’s a rewarding experience.

The basics of the battle phase are pretty simple. You move your Gundams on a grid-based map and then attack enemies. I started to realise how deep the game was when I discovered how limited my energy (used for attacks) was and the various ways I could regain energy. There were also abilities which I could get from defeating special enemies and team attacks that I could initiate by placing my Gundams near each other.

Around the 8 hour mark, I began to face tougher battles that required to make use of the Sortie mechanics which allowed my Gundams to heal and regain energy when positioned near team members. Sometime I would get so engrossed in planning out my moves for these battles that I didn’t realise I spent hours just on a single mission.

My only gripe with the battle system is that some of tutorial instructions were a bit hard to understand and it took me hours of experimentation to really get some of the systems and mechanics.

As someone who couldn’t understand much of the storyline, I’m super thankful that the game lets you skip all the dialogue sections with just pressing the touchpad. You’re even given the choice to manually skip attack animations every time they’re prompted. These features saved me a lot of time, especially when I wanted to retry missions that I failed.

Fanservice To The Max

As someone who’s used to seeing the art direction in other grid-based games like Super Robot Wars and Disgaea, I consider the visuals in Cross Rays to be nothing special but it gets the job done.

The Gundams looks cool and their attack animations are absolutely amazing to watch especially the crazier ones such as this one all-out attack where a Gundam uses every gun and cannon on its body.

Playing on the PS4, I never suffered a single frame drop or graphical glitches. Honestly, the game shouldn’t have any of those problems seeing as how visually lightweight it is.

When it comes to sound, I will give a lot of praises for the voice acting and music. Don’t get me wrong, the sound effects like the explosions and laser sword slashes sound decent enough but I could feel the emotional impact of most characters’ dialogue lines despite me not really understanding what was going on. That’s something really impressive.

After putting the controller down after about 14 hours of playing Cross Rays, I felt extremely sad that I couldn’t get more out of this game due to my lack of love towards the Gundam universe. I was already enjoying the gameplay and everything else suggested that I would love the game even more if I was familiar with the source material.