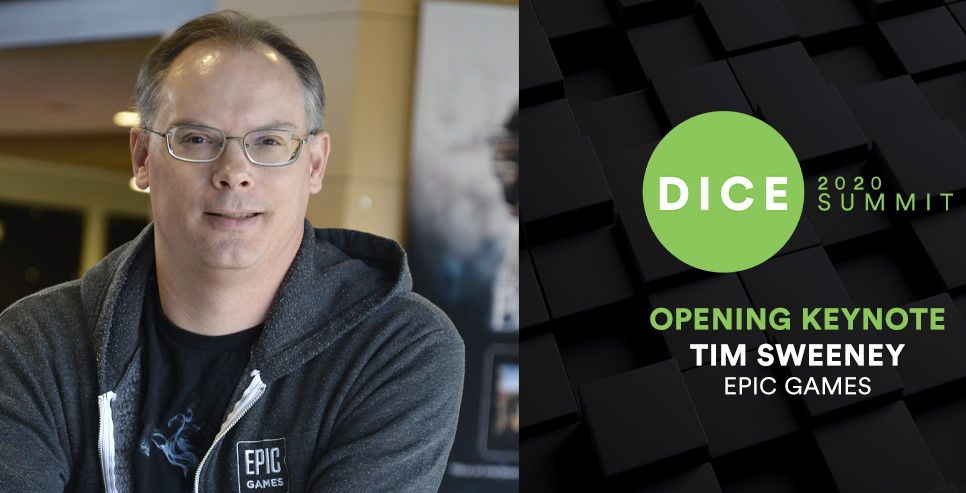 Update: Seems that Sweeney’s speech was either misquoted or misunderstood by a journalist reporting for major games site, IGN who in their piece, claimed that Sweeney wanted to keep politics out of gaming altogether.Â

Of course this skewed far off from his initial point of view. So Sweeney has taken it to Twitter to further clarify his stance:

Hereâ€™s one of the key views I shared at DICE. If a game tackles politics, as To Kill a Mockingbird did as a novel, it should come from the heart of creatives and not from marketing departments seeking to capitalize on division. https://t.co/x4eARz7Yyz

Reiterating the exact line from his speech, Sweeney calls for the elimination of marketing departments from determining the political leanings and messages conveyed in games. Hopefully this clarifies this slippery slope when it comes to inclusion of politics in video games.

As Sweeney said it perfectly – “…it should come from the heart of creatives and not from marketing departments seeking to capitalize on division”.

You man not like Fortnite but you gotta agree he’s hit a homerun with that one.

Epic Games CEO Tim Sweeney is one of the most influential figures in the games industry, thanks to the massive success of Fortnite and the Epic Games Store. During a keynote speech at the DICE Summit 2020, (via The Hollywood Reporter), he shared his opinions on the video game industry.

“We have to ask ourselves, as an industry, what we want to be when we grow up.

I think we will see more and more publishers move away from loot boxes.

â€œWe should be very reticent of creating an experience where the outcome can be influenced by spending money.

Loot boxes play on all the mechanics of gambling except for the ability to get more money out in the end.â€

Fortnite generated a whopping US$1.8 billion last year. Sweeney also said that cross-platform is the future.

“What we all really want and need to accept is equal access to all customers and give up our attempts to create our own private wall guard or private monopoly.

In Fortnite, the player who spends with friends plays for twice as long and spends more money.

Cross-platform is the future, and we all have to do our part.”

Sweeney ended his speech by encouraging game companies to stay neutral in politics:

â€œWe should get the marketing departments out of politics.

We live in a world where your political affiliation determines what chicken restaurant you go to.

Thereâ€™s no reason to drag divisive topics like that into gaming.

â€œWe need to create a very clear separation between church and state â€¦ employees, customers and everyone else should be able to express themselves.

We as companies need to divorce ourselves from politics â€¦ platforms should be neutral.â€