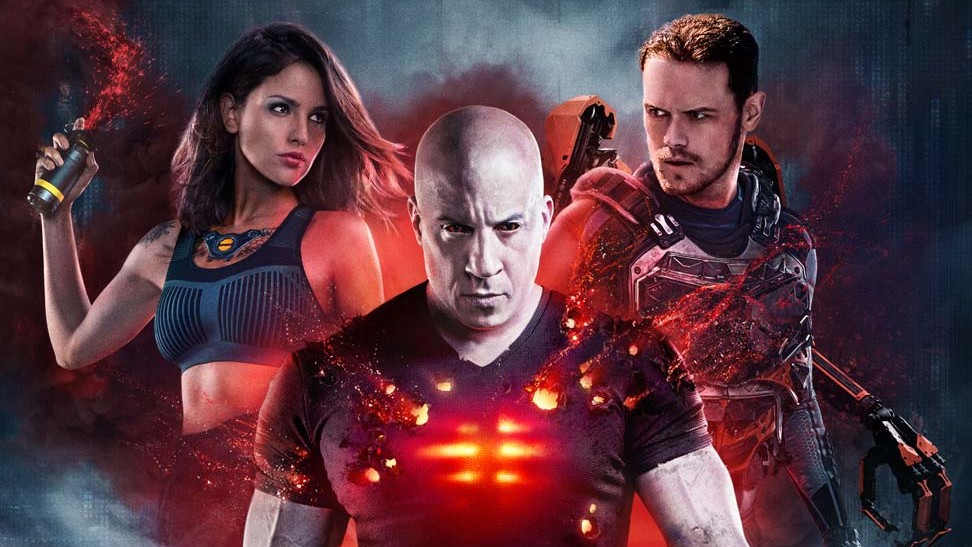 Sony Pictures’ Bloodshot, starring Vin Diesel in the titular role, is slated to release on 12 March 2020. Most people will likely already know that it’s a new superhero movie of some sort, but I’m willing to bet that most have never even heard of this character from publisher Valiant Comics.

That’s okay; most people have never heard of the Guardians Of The Galaxy or The Eternals before Marvel Studios made movies out of them either. So let’s talk about this new hero.

Created by Kevin VanHook, Don Perlin, and Bob Layton for Valiant Comics, the character known as Bloodshot first appeared in an issue of The Eternal Warrior in November 1992. While the publisher may have debuted in 1989, they were never as prominent as Marvel, DC or even Image.

However, Valiant Comics rebooted their entire company line in 2012, and they have been publishing hit after hit ever since, with modern reimaginings of their classic characters like X-O Manowar, Ninjak and yes, Bloodshot.

From personal experience, I can say that the Valiant universe is just as big and expansive as Marvelâ€™s or DC Comicsâ€™, which is why the definitely deserve a cinematic universe of their own.

The easiest way to describe Ray Garrison AKA Bloodshot is that he’s similar to Marvelâ€™s Wolverine. Both of them has amnesia of some sort (canâ€™t remember their past) and the ability to heal from anything almost instantly. His origin is also essentially identical to Robocop, as both of them â€˜diedâ€™ while they were human and were brought back to life using bleeding-edge technology.

In Bloodshot’s case, nanotechnology or nanites are what gives him his abilities. In that regard, there’s a little bit of Captain America in his origin story too, as Bloodshot is a product of a top-secret clandestine US government organization (Project Rising Spirit) to create a super-soldier.

Apart from being able to instantly heal from any damage or injury, Bloodshot can use the nanites in his bloodstream to shapeshift (change his appearance), interact with electronic computer systems (or hack them), and the usual bevvy of superhuman abilities like super strength and increased agility/reflexes.

That’s not even mentioning his military special ops combat training, giving him formidable hand-to-hand and weapon skills in the process. However, he does have one weakness: his nanites require pure protein to function, which means that he has to consume a lot of food to replenish them.

In the comics (the latest relaunch), Bloodshot rebels against Project Rising Spirit as he regains bits and pieces of his true memories (fake memories were implanted in his brain by the organization in an attempt to control him), and after realizing the atrocities he’s been forced to commit.

Why You Should Care About Bloodshot

Vin Diesel’s Dom Toretto character in the Fast & Furious franchise is already essentially a superhero in all but name. So it’s high time for the buff actor to play an actual superhero of his own.

Interestingly, he won’t be able to boast of being the first live-action Bloodshot though. That honour went to Jason David Frank AKA the most iconic Power Ranger who ever lived.Â  He starred in the Ninjak vs The Valiant Universe web-series several years ago. You can catch him in action in the video below.

If the movie turns out to be a financial and critical success, Bloodshot might spark a new Valiant Comics cinematic universe. In the comics, the Harbinger Wars crossover involved Bloodshot playing an integral part in a conflict between the Renegades (a group of Psiot teenagers; essentially the Valiant Comics’ version of Marvel’s mutants or DC’s metahumans) and the Harbinger Foundation led by Toyo Harada, one of the biggest villains in the Valiant universe.

At the time of writing, it still remains unclear which studio holds the rights to which Valiant Comics properties. There are still other popular characters like X-O Manowar, Ninjak, and The Eternal Warrior (to mention a few), who are ripe for adaptation. To demonstrate just how big the Valiant Universe, check out the image below, featuring its assortment of heroes and villains.

Perhaps soon you’ll be able to spot more than just Bloodshot in the image below. That is, if the Valiant Cinematic Universe takes off. Fingers crossed.

Check Out These Pair Of Nike Stranger Things Sneakers