When Will We Get The Official Price Of The PS5? Our Thoughts & Predictions

Following the massive reveal of PlayStation 5 launch games and its sleek, oh-so-sexy form earlier this morning, the following questions are popping up in everyone’s minds right now:

The biggest clue we’ve received so far is the release window of the PS5 which is “Holiday 2020“. To predict the future, we decided to look into the past.

So armed with the intel we have gathered so far coupled with the experience related to the release of the PlayStation 4 in 2013, here’s our best guesswork when it comes to answering these three major queries.

The biggest and most important question in everyone’s minds which is still unanswered. As witnessed in the past three console generations, Sony was rarely the one to jump the gun in revealing the retail price of their console. Save for the disastrous price reveal of the PS3, the retail price reveals for the PS2 and PS4 were key moments when the blue brand took lead in the console wars. 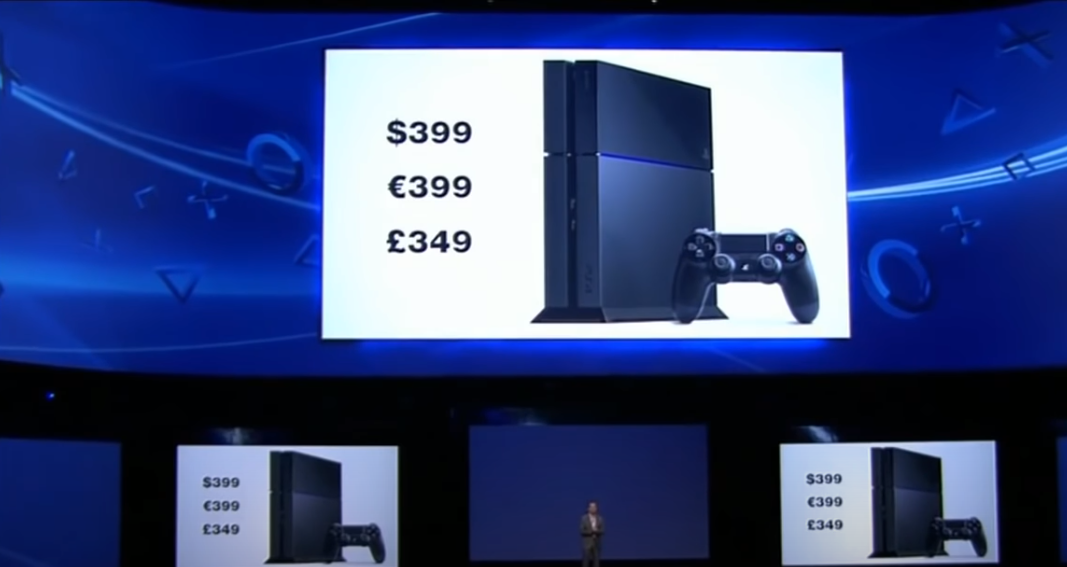 So with the PS5, expect the same strategy. We firmly believe Sony are playing the wait and see approach before responding with their official pricing.

Our guess is as good as yours, but after seeing the two versions available at launch, we estimate the Digital Edition to be the more affordable option at US$449 while the “thick”‘ version retailing slightly higher perhaps closing in on the US$499 mark.

#2. How Much Will It Retail In Asian Markets?

In 2013, Sony revealed the PS4 price on 11th June. The official prices and release dates for Asian markets were only released five months later in November.Â  While COVID-19 have all but denied a one-to-one mirror of it in 2020 – with E3 and TGS both being cancelled – a few key takeaways should help us predict when we should get the official news of these prices.

If E3 2020 happened as scheduled, we have no doubts that we would already have the retail prices for not just the PlayStation 5, but the Xbox Series X as well. At present, we do not know exactly when will Microsoft unveil the price of the Xbox Series X but we are confident that they won’t hold back for too long.

As opposed to 2013 when Microsoft and Sony were neck-to-neck in the console war, now Microsoft are the clear underdogs heading into next-gen. They have to throw the first punch this time around.

Still, it would not be out of the ordinary if they decided to withhold the information related to the Asian markets for a bit longer.

Before we go full-blown theorist mode, here’s a quick recap of the company’s previous console & its launch:

Now let’s break down our predictions for the PS5:

The Gist Of It

These predictions are mainly based on the assumption that Sony will utilize the same strategy and time frame of stymieing the information in regards to the release of their console.Â  And it all checks out. We have a solid six months prior to its expected release in ‘Holiday 2020’.

The bulk of information concerning PlayStation 5’s release in the Asian market will gather full steam by late October, allowing room for present-gen games to remain in focus until September.

Do you agree with our predictions or do you think it should be released a little earlier or later? Since we are at it, have you decided which version of the PlayStation 5 you will be getting? Share your thoughts in the comments section below.

News
Why Kazuma Kiryu Is Not In Any Fighting Games

Fans have been clamouring for Yakuza franchise protagonist Kazuma Kiryu to appear or guest star as a playable character in a fighting game (especiall...

Coming this November from Bandai Namco Entertainment America Inc., The Dark Pictures Anthology The Devil In Me opens its doors to a whole new cast and...

Feature
Twitchin' Down South: The Best Livestreaming Gamers In SEA

We're in a crazy age where Twitch.tv streamers determine whether a game is worthy of being played by the masses, as well as determine what you should ...