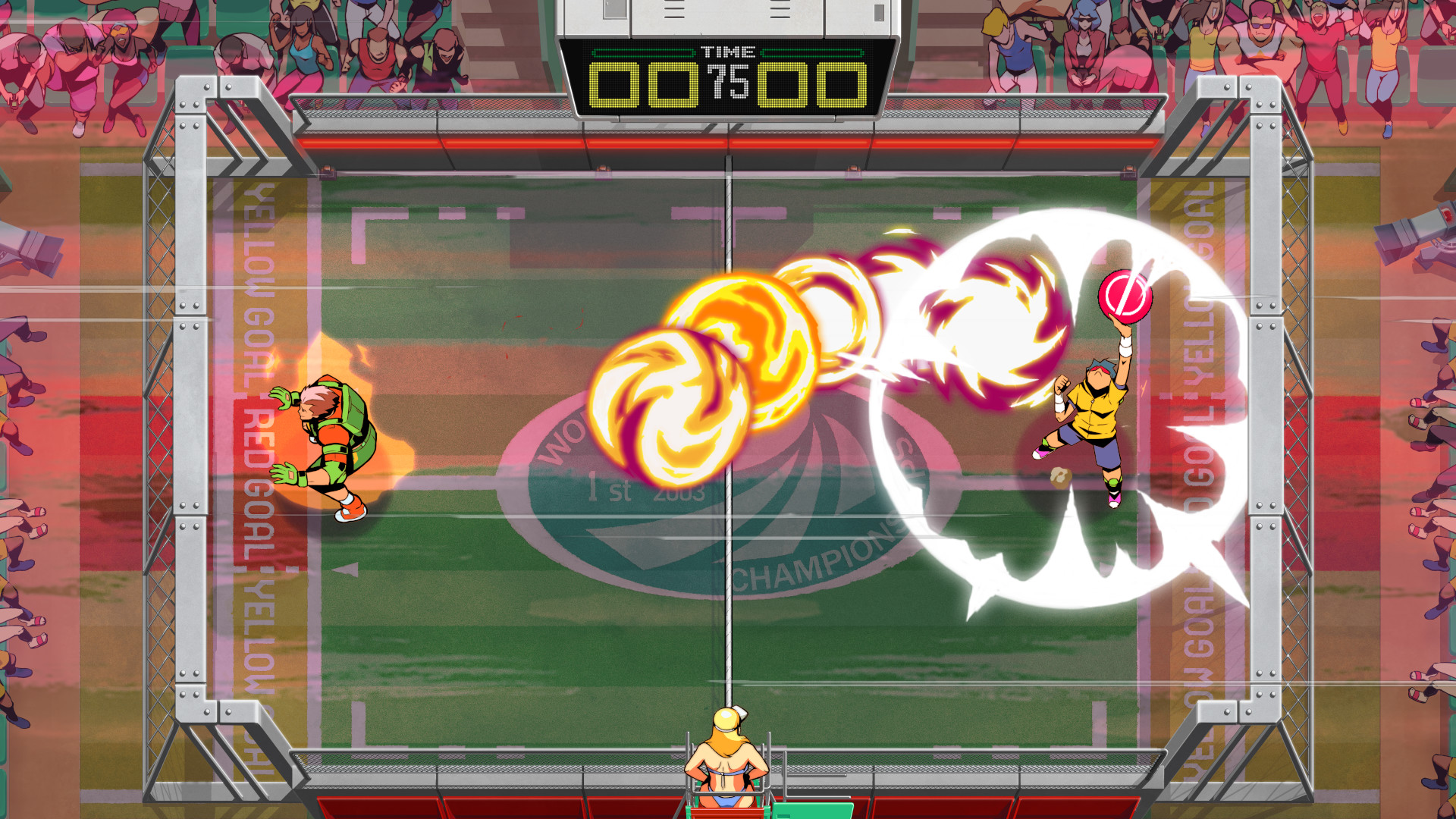 If you thought the era of extreme 1v1 arcade competitive sports is over, you clearly haven’t been paying attention to Windjammers 2. Thankfully, you can change that dim perspective of yours these next few days.

Dotemu, the fine folks who published this year’s awesome Streets of Rage 4, is letting everyone get a taste of Windjammers 2 via a timed PC demo on Steam. It’ll be available from 3pm today until 22nd June PST time. This timed demo concept is similar to how indie devs handled their games during Steam’s earlier gaming festivals.

Check out the game in motion below. If you love arcade-style 1v1 frisbee-tossing with fighting game mechanics, this one’s for you: