Mr. Driller Drilland Proves That Age Has Not Spoiled A Timeless Classic

Mr. Driller back in the late 90s took the Dig Dug puzzler concept and evolved it to a logical route: what if the entire objective was to just drill downwards to the finish line without losing all your lives? And what if the only way to survive is to collect oxygen tanks to keep your supply running and also drill strategically around coloured blocks so that they don’t squash you upon your descent? Oh, and you lose a percentage of oxygen for each coloured block you drill, meaning you have to make a mad dash while also collecting as many tanks along the way.

Hence, a new game series was born: Mr. Driller. Spanning 11 titles, the series had moderate fanfare and achieved some sort of cult status because of its cute art style and addictive drilling & scoring mechanic. The franchise reached its apex with the 2002 Gamecube Japanese-only exclusive Mr. Driller Drilland with its multitude of challenges all focused on the dig downwards & drill mechanics that all tied into a literal cutesy theme park narrative.

Too bad no one else except the most staunch of all import-savvy fans didn’t care, so it was shelved to obscurity.

Until now! Bandai Namco and developer Infinity Co. Ltd. thought that 2020, a time where the world is kinda going mad, is an appropriate time to release a hidden gem from 18 years ago and remaster it for a new generation. How right they are, as now the whole world can experience the awesomeness of a perfected Mr. Driller game. 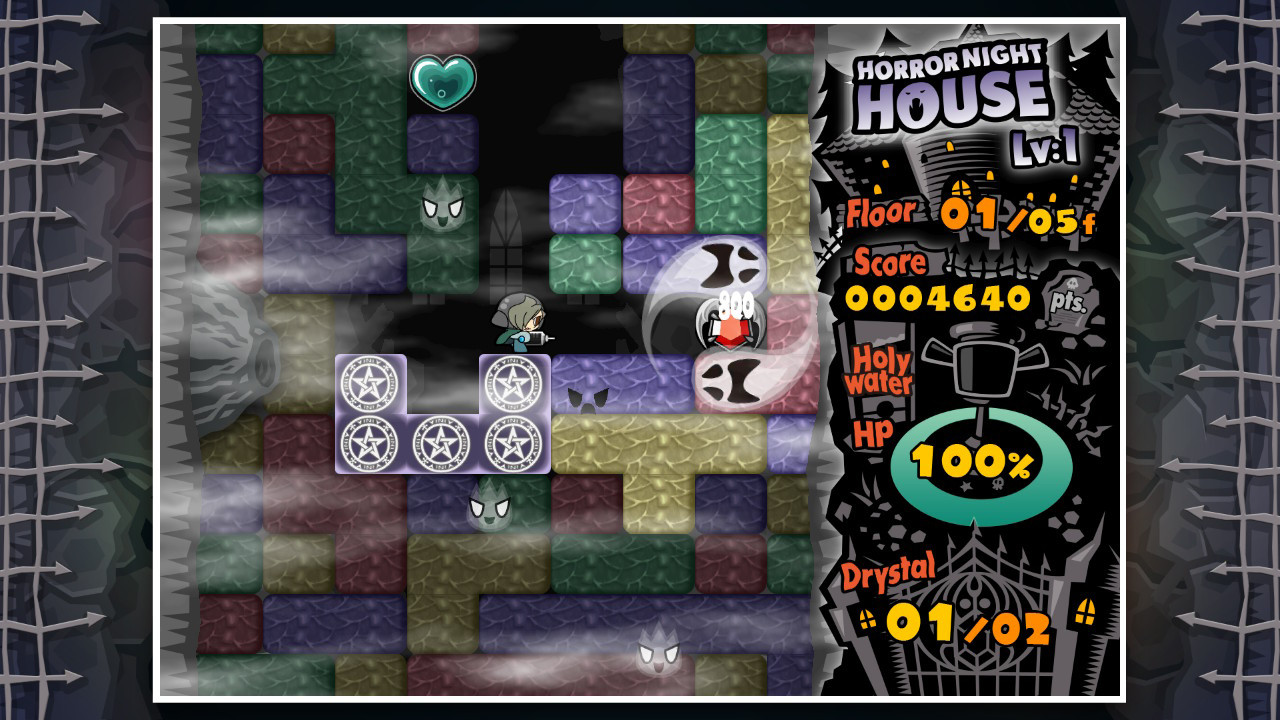 You play as the titular pink-wearing Mr. Driller, or Susume to his pals, who visits a drill-themed amusement park with this drill-equipped dad (the Dig Dug guy), rival, older brother, robot, and talking dog. Each ride and attraction in the park features a unique stage that features colored blocks, oxygen tanks, and a mostly downward path you have to take by drilling your way through them.

There’s a twist: each of these carny “rides” feature different objectives, and not all of them revolve around hitting a particular depth number. For example, the Hole of Druaga attraction requires you to explore a giant open-ended map to find a key from a dragon so that you can access the boss gate and kill off the titular Druaga. This means you have to also drill left or right to access the other rooms on the map. To help you out, you can cast spells that either change block colours, clear a particular colour, heal you, or warp to the top of the room & reset the blocks you’re in.

The Horror Night House requires you to collect a set number of special gems. To acquire them, you have to lure ghosts close to you, then inject holy water onto the tile you’re standing on to stun them. Drilling them in this state gives you said gem. 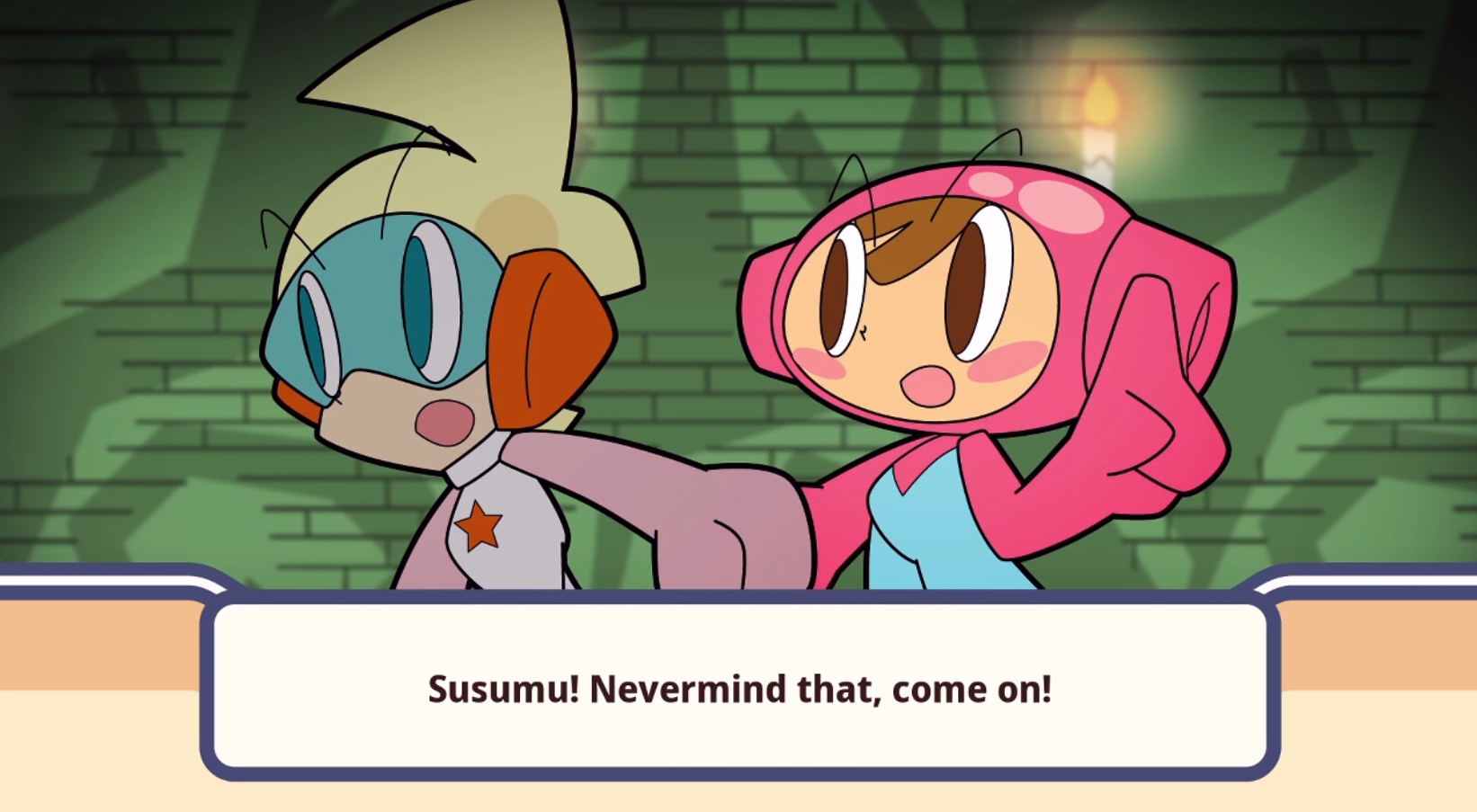 All the thrill rides here follow the core Mr. Driller gameplay: dig downwards, conserve oxygen, line up blocks so that they clear out of the way and not cause a fatal landslide. This makes Mr. Driller Drilland’s gameplay a tense and careful balancing act – you need to understand how the game’s loose blocks fall and combine while also plan your route carefully.Â While oxygen pickups are plentiful, they usually are surrounded by neutral blocks that take more than a single drill to destroy later in your descent, so you need to clear them by lining them up with other neutral blocks.

What makes this remaster great is its variety and how it ties to the core mechanic: all of them present their own challenges, feature higher difficulties to test you and your scoring adeptness, and are just plain fun. There isn’t a single dud within these modes, from your classic World Tour mode to the aforementioned Druaga and Horror Night House levels. Each of the new difficulties introduces new traps, more enemies, and awesome-looking audiovisual flourishes that warrant multiple playthroughs. And deaths, because Mr. Driller Drilland still remembers its arcade roots.

Infinity Co. did a great job refurbishing the game and its visuals from 2002, making it worthy of the remaster title while not looking like a cheap uprezz.Â And we need to bring up the music. It truly still stands out among puzzle games, hell, games in general.

This was composer Go Shiina’s last Mr Driller work before he went on to grander opportunities in early 2000. But what a way to go.

It’s 2020, and I’m still listening to the Druaga and space themes of Mr Driller Drilland moreso than other music. 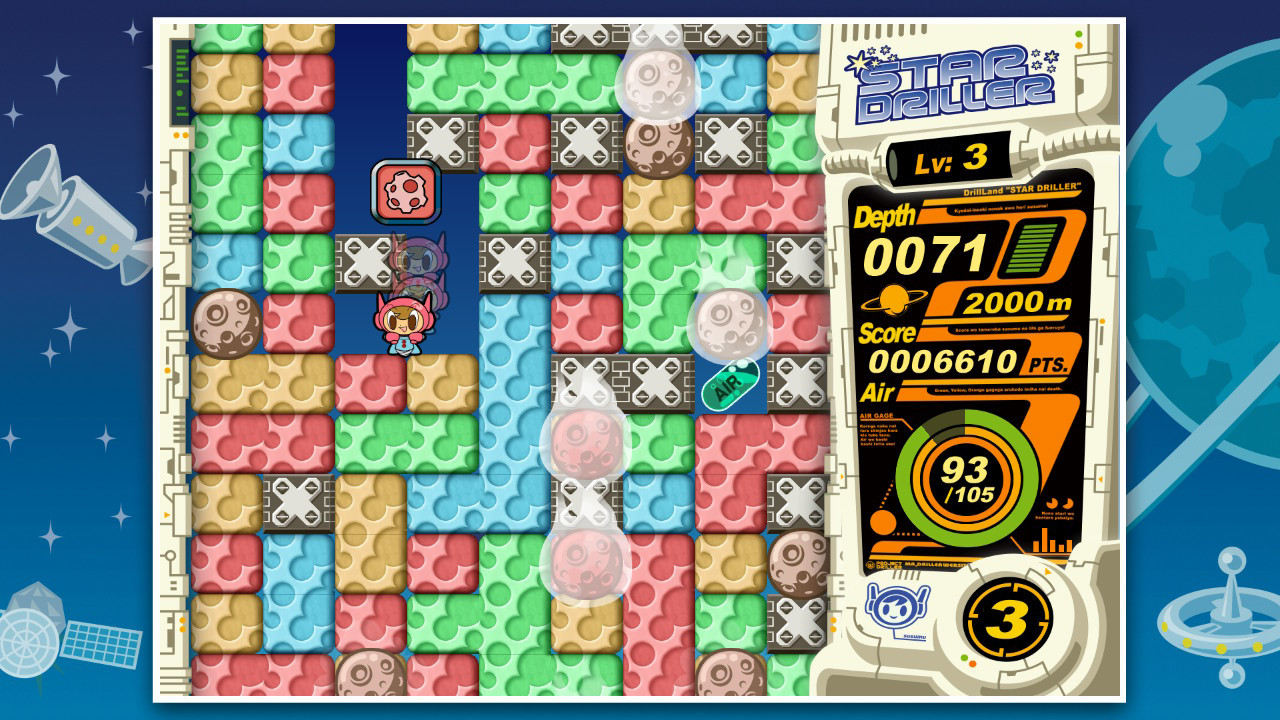 My only complaints are of the nitpickey variant: the UI seems to use keyboard icons even when I have my Xbox One controller plugged in. And the cutscenes featuring Susume and his folks are fluff and just add kid-level comedy to an all-ages title; not incredibly offensive but skippable if you’re 5 years or older. The difficulty curve spikes up to insane levels for each game type especially if you’re playing classic mode, so you may not want to start off with that even if you’ve played the series before.

This isn’t enough to dissuade anybody from picking this puzzle game up. Okay, maybe the S$30 may be a bit steep for some, but there’s a ton of variety and replayability in this remastered Bandai Namco puzzler that ranks up there with the likes of Tetris Effect, Tetris 99, Puyo Puyo Tetris, and the original Dr. Mario. 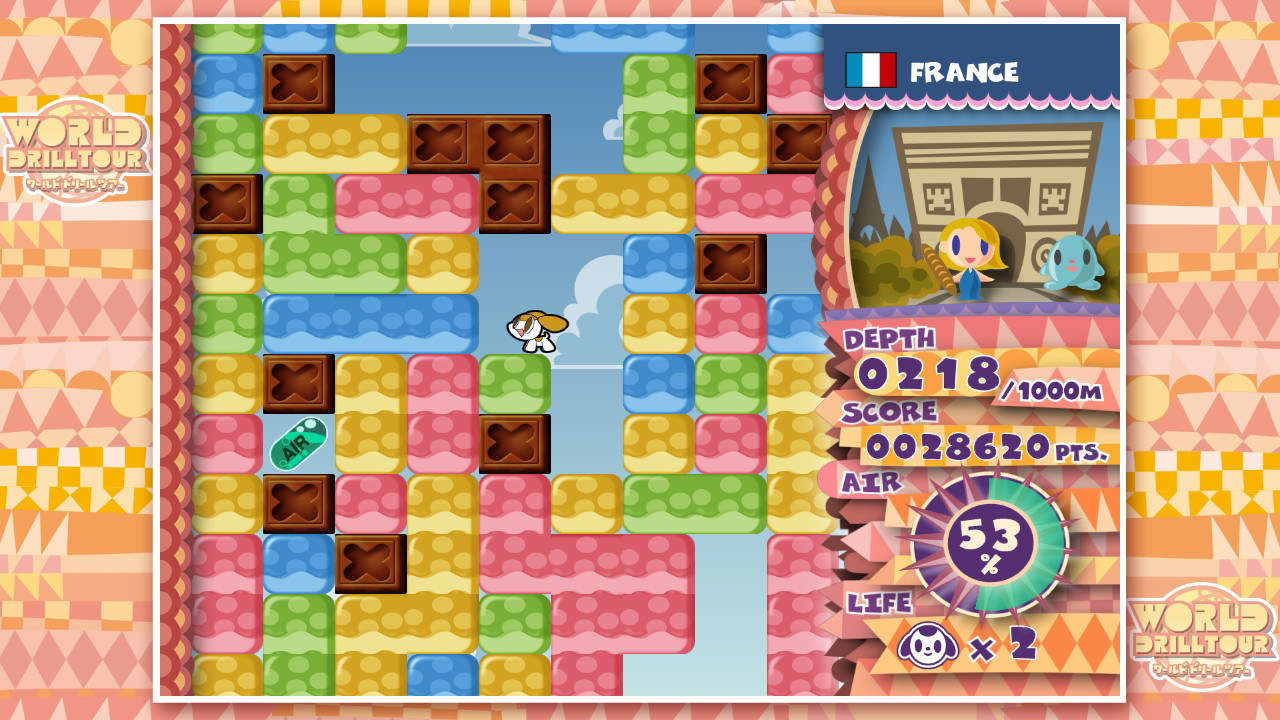 Feature
Elden Ring: What You Need To Know Before Diving In

If you love From Software's brand of punishing action RPG gameplay, you probably have seen the earlier gameplay trailer for Elden Ring. We assumed tha...

Feature
The Indie Games Of January You Missed Out On

Wow, time flies, eh? February has started and already we have a number of big game titles out like Dragon Ball FighterZ and Monster Hunter World. But...