Football Manager 2021: Why Managing Liverpool Is Harder than You Think

I have come across many posts online about the “best teams to manage in Football Manager 2021“. In most pieces, the authors listed down some interesting club choices, many of which include some “hipster” and not your run-of-the-mill big clubs. The names of Ajax Amsterdam, Leeds United, Manchester United and AC Milan tend to come up quite often mostly due to their “sleeping giants” angle. Bring these clubs back to their glory days! Do what their past managers can’t! Bring the best out of Zlatan!

Apparently, picking the clubs which are currently at the top of their game isn’t “en vogue”. It’s as if there’s a stigma against managing the likes of Liverpool or Barcelona simply due to the perceived strength of these respective clubs’ squad.

But here’s the thing. The series is called Football Manager, not “Football Tactician”. Each club has its own issues to contend with – more than what happens on the pitch.

Today, I am going to state my case why managing Liverpool FC pose an even harder challenge than one may assume. I have another case for Barcelona but I’ll leave that one for another day. 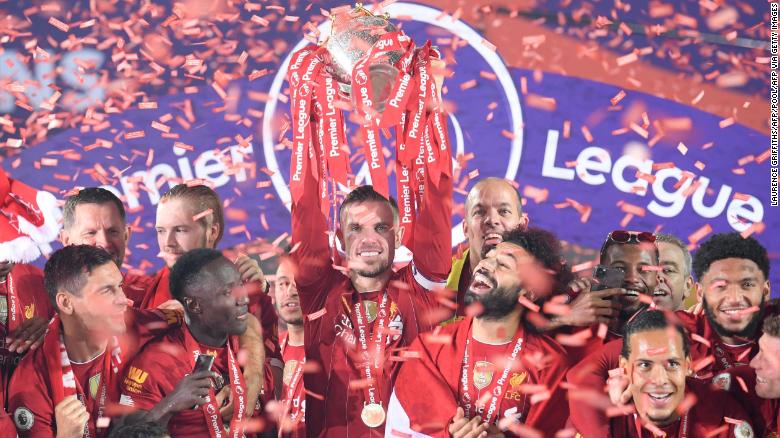 Of course, Liverpool is the reigning English Premier League Champions. They are the current holders of the World Club Cup and play super exciting football, helmed by one of the most charismatic managers of his time: Jurgen Klopp. But unlike Barcelona during the prime Messi years or Bayern when Pep was in charge, Liverpool’s future success is not set in stone.

There are so many things that could go wrong that would instantly derail any attempt for a repeat of their spectacular 19/20 season. Yes, managing Liverpool is harder than you’d expect. Let me explain.

Liverpool is one of the most solid teams in the English Premier League, boasting a solid backline consisting of the ever-reliable Alisson Becker in goal, two of the best wingbacks in the business in Trent Alexander-Arnold and Andrew Robinson, with Virgil van Dijk marshalling down the middle. They have a very industrious, tireless midfield in Jordan Henderson and Fabinho covering a lot of ground, with Thiago Alcantara providing the creative spark from the middle of the park.

And then you have the deadliest front three in Mo Salah, Mane and Bobby Firmino linking everyone into play. I do not blame you if your first thought was ‘Where’s the challenge, then?’. However, these are the factors that will work against you in steamrolling the game with such a top tier team.

Squad Depth – Or Lack Of It

As a Liverpool fan, I’ll admit it immediately – our squad depth leaves a lot to be desired. As seen in what’s happening in real life, the loss of key personnel would instantly throw everything into a crisis. Lose Virgil and suddenly you’re left with Dejan Lovren MK2 in Joel Matip. Joe Gomez tends to go missing at the most crucial times and your other option is Fabinho. Trent’s cover is Neco Williams.

While Neco seems to have improved a lot in real life, his in-game representation requires a lot of game time to really shine and you’ll need to balance that for the eventuality of losing your starting right wingback. Diogo Jota is a great cover for one of the front three slots but loses more than one of your starting three and you’re suddenly left to pick from the likes of Harvey Elliot who is still very much playing at an Under-23 level, Takumi Minamino who is inconsistent and the injury-prone Alex Oxlande-Chamberlain.

Like I emphasized earlier, the game is called Football Manager; you have a squad filled with big egos with even bigger salaries.

At the start of the game, you’ll probably be able to circumnavigate this issue but give it a season or two, it’ll hit you. And it hits hard. Contract renewal time. Expect the likes of Virgil, Mo, Sadio and Bobby Firmino to want new and improved contracts while you, at the same time, try to fend off suitors.

I can guarantee you that the likes of Barcelona, Real Madrid, PSG and Zebre to come knocking. Would you sell your stars or offer Virgil a new contract worth 300k/week? How do you send a subtle message that one of your stars are up for sale because you’ve decided against renewing their contract while at the same time, maintain their morale and on-field form?

Should I point out, that these all happen while you also try to strengthen other areas in the squad and getting your own choice of players in? Failure to manage this squad transition period could easily cost you your job in-game really, really quick.

So these are the problems when picking a top-tier team like Liverpool. What is a fictional football manager to do?

Lucky for you, we found a solution to most of these issues thanks to countless hours of tweaking and careful virtual man-management.

Instead of waiting for the proverbial s*** to hit the fan, we … threw said s*** at it. Sort of. Instead of being frugal from the start, we did the opposite by splurging on the best player who would occupy a central position for many seasons to come.

We spent a bulk of our transfer budget on the game’s best finisher, Erling Haaland. While this puts you immediately in the red, this move solves our goal scoring issues for at least the next ten seasons or until you get tired of him. Trust us: you are in for a 40+ a season scoring machine here.

Making sure Haaland occupy the central attacking slot would immediately diminish Firmino’s playing time and as you reach the final 18-months of his contract, he’d be open to leaving the club. In my save, I also spent on the following players:

Arsenal willing to splurge on Origi was the best part of it. As you’d notice, my philosophy was to start an early rotation of my attacking unit, preferring to preserve my backline.

Van Dijk keeps everything watertight at the back so you’d want to hold on to the big Dutchman. Talles Magno was a steal. I figured that he’d have limited playing time during his first season so I immediately loaned him out to a team that would guarantee his place as a regular starter. I sent him to Valencia where he improved a ton, leading them to a second-placed finish in La Liga.

Do not worry about the -100m in terms of net transfer spend. We’ll make up for it real soon.

The moment of truth. I was certain that I cannot hold on to my front three simply due to salary demands and I do not want to lose any of them for free.

This gambit resulted in me pocketing over 300m to spend on new players. Since he’s available, why not, right? I was able to revive Haaland’s Dortmund connection with Jadon Sancho whilst leaving plenty to spare. As expected, Firmino commands the least of my front three, but getting 70m for the Brazilian isn’t all bad.

The second wave of my clearout sees the likes of under-performing Naby Keita leave for a decent price while Jota who wants more playing time gets shipped to Dortmund. Going in the opposite direction was Gio Reyna, a transfer that I’d come to somewhat regret due to his proneness to injury. Grujic, Oxlade-Chamberlain and Shaqiri all made way for new squad additions as I decided to make Martin Odegaard my long-term successor to Thiago.

Sebastiano Esposito provides the perfect cover for Haaland and is able to play as a second striker when tactics require. You’ll notice it’s still a profitable season, transfer-wise.

But it isn’t all about buying players. Being able to nurture academy graduates into world-class players is one of the best rewards you could get.

With Liverpool, there are a few names that not only fit the bill, but also save you a lot of cash. Marcelo Pitaluga in the goal should be a decent backup and starter once Alisson hangs his gloves. Keep him with the main squad, allow him full 90-minutes with the U-23s and play him in ‘easy’ cup matches and he’s good to go.

The same goes for Neco Williams, Curtis Jones and Sepp van den Berg. Right wing-back Neco Williams would easily fit in as a starter after a few seasons, allowing Trent to move into Jordan Henderson’s slot in midfield. Curtis Jones is very versatile and is able to fill any of the advanced positions when called upon.

Let Sepp start a few games alongside Virgil at the back and you’ll have a reliable starter a few seasons on. Improving your scouting team and youth facilities also increase the chances of landing future wonderkids and regens with crazy stats so do not sleep on this.

So there you have it: the challenge with Liverpool is basically rebuilding a winning squad whilst staying within a reasonable budget.

Winning the league is easy. Retaining and continuing the winning streak is a whole different ball game. Ensuring Liverpool stay on their perch whilst maintaining the club’s philosophy and ensuring a steady stream of quality academy players can be achieved but requires careful and deliberate planning.

Football Manager 2021 is – as ever – chockful of detail and each club presents a fun and unique challenge. My current hurdle? After leaving the club when I took over Liverpool, Jurgen Klopp has taken over the reins at … Manchester City.

Gearbox has unleashed a new hotfix for Tiny Tina's Wonderlands this 13th May 2022, and it's changing up rings. Gearbox said that certain Rings and ...

Just like Xur in Destiny 2, Maurice's Black Market vending machine changes locations in Borderlands 3. Here is where you can find this elusive machine...

Reviews
The Quarry Is Supermassive's Best Interactive Movie Project Yet