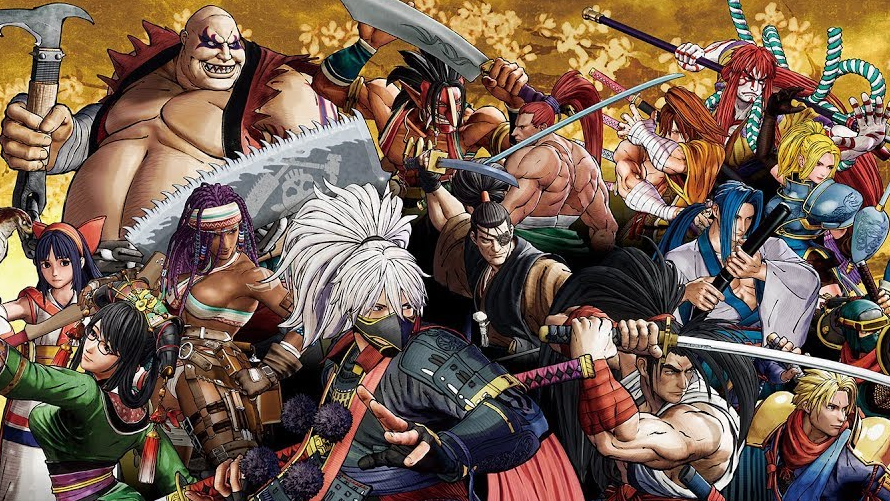 Samurai Shodown is getting some plays and some online tournament love since its release. So will this game wow fans at EVO 2019 and beyond? Hopefully; the game’s basic gameplay and neutral game-oriented fighting mechanics are just as good as the series’ best (that’s Samurai Shodown II and Samurai Shodown V Special, btw).

In the meantime, let’s dish out some quick “How To SamSho” tidbits and a character guide so that you’re up to speed with this new SNK fighting game. And don’t worry; we won’t bombard you with haikus this time around.

One more thing: inputs will be using the following terms – Back, Forward, QCF, etc. A, B, C, and D are Light Attack, Medium Attack, Heavy Attack, and Kick respectively.

I know that this is a standard rule for all fighting games, but Samurai Shodown is a different beast. Counter-hits hit people harder than in any other fighting game. Any mistimed or excessive input from your end means you’re viable for a counter-hit that will wreck your day.

This doesn’t apply if you’re pulling off Tam Tam’s Paguna Paguna or Earthquake’s Fat Chainsaw after an attack; however, you only need three taps before it happens.

Parrying & Dodging Is Hard, But Get The Hang Of It

Samurai Shodown 2019 allows you to play defensively. You can parry attacks -QCF + AB- and dodge -AB- to deflect or avoid attacks and counterattack. Just remember that opponents can bait you into recovering while doing these, so use them wisely.

For instance, if you know your opponent’s going to poke you at the start of the match with Tam Tam, you can just do a quick parry to catch him or her off-guard.

You know all those perfect blocks and just defense moves you pull off? Make the most of it by pressing AB immediately so you can push your opponent away. Great for zoning and spacing-savvy characters, or if you just want to take a breather and put yourself back into neutral.

While the tactic of run-and-throw is viable and can catch people off-guard, keep in mind that its recovery is pretty darn long. When you whiff a throw, expect a huge punish coming your way, so don’t abuse it too much unless you’re better than Justin Wong. To get your opponent to whiff it, either backdash or neutral jump.

Start Off With Haohmaru, Charlotte, Jubei, and Darli Dagger first…

These four fighters will teach you the basics and ins-and-outs of the fighting game. Haohmaru has the most basic and easiest moves to get used to, while Charlotte and Jubei have enough footsie and spacing tools to poke everyone in the game with, while also recovering pretty quick.

Darli Dagger is an offensive-heavy swordwielder from start to finish. If you just want to go nuts with a beginner-friendly character, her Jumping C, her standing B, and her Drill command grab (QCB D).

…Then Experiment With The Rest Of The Cast

Everyone else is basically intermediate-level characters and beyond. From the dash-happy eagle-sic-em Nakoruru to the big-body Earthquake, there’s fighting styles for all sorts of players who are either into rushdown folks or grappler-types.

If you want to go high-level, use the traps-focused and counter-savvy Wu-Ruixiang or the aerial-focused Yashamaru. Or play Yoshitora, hit all your six special moves and try to pull off the special Fluttering Butterfly Blossom. If you want someone like Street Fighter V‘s Dhalsim, Tam Tam’s pokes, long-ranged attacks, and Mula Mula top/bottom projectile mixups will sort you out.

If you want to recreate Street Fighter V‘s offense-heavy game here, Hanzo and Shiki can cater to that playstyle. Just keep in mind that these fighters will die faster than the rest of the cast.

Point is, you need to try out the rest of the cast to find your best SamSho character.

Genshin Impact Hypostasis Boss Guide: How To Knock Their Blocks Off