It’s refreshing to see developers incorporating and being inspired by different cultures and mythologies. Celtic culture is still pretty much relatively unknown compared to the likes of Greek or Norse mythologies. You’ve probably never heard of most of the Celtic gods in Gods Will Fall and those who love exploring mythologies will like the effort that’s been poured into this game’s designs for the Celtic gods.

Does it make for a fun and arduous game? Let’s delve in! 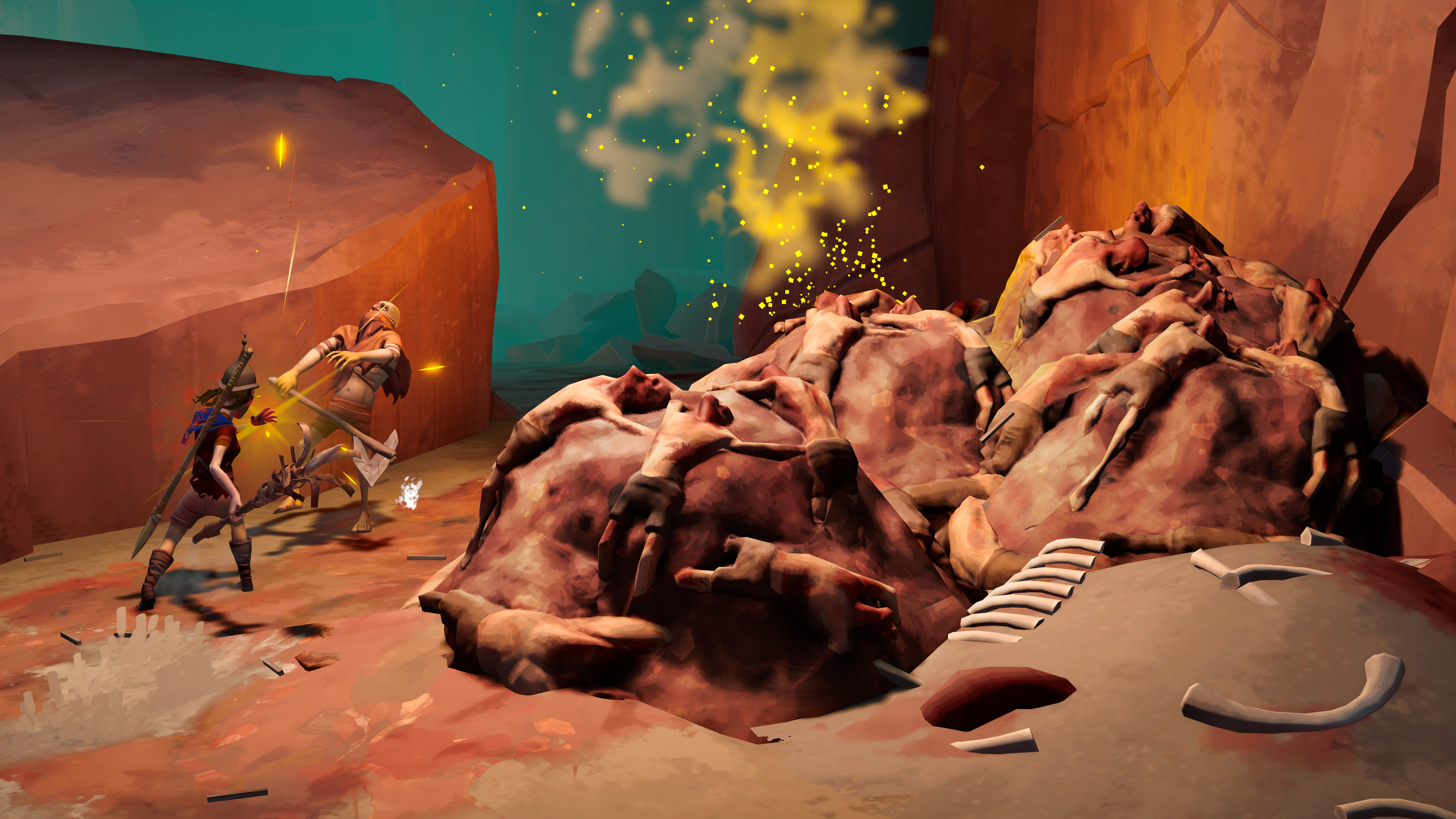 The game starts with people revolting against gods and stranded. Players choose from a group of survivors to enter any of the many dungeons on an island and it’s up to you which to tackle first. You’ll have eight warriors at the start of the game and each will have unique skills and buffs depending on random story occurrences and what they’ve experienced. If your warrior dies, he or she gets stuck in the dungeon and you’ll have to successfully defeat the god of the dungeon to save anyone stuck there.

Just like Darkest Dungeon, the warriors who die and get saved get will always get debuffs, as they are seemingly scarred by the experience of dying and getting stuck in a literal hellhole. Meanwhile, they are more likely to get buffs and passive abilities kill gods or get to the end of dungeons, but sometimes they still get potentially get debuffs. It’s just up to lady luck. At the end of dungeons, you’ll also obtain random loot like usable items and weapons, though the weapons are just generally stronger and they don’t add much collecting incentive to the game.

The only stats that you have for each warrior are Vigour (health) and Strength (attack power). There’s not much depth to the combat, so don’t expect any combos or anything. You have a basic light attack combo and a single heavy attack, but one of the game’s unique gameplay mechanic is bloodlust. Getting hits on enemies without getting hit will accumulate bloodlust, and you can tap the LT button to activate a roar that not only heals your Vigour (health) but also gives your warrior a temporary Strength buff. It’s one of only two ways to heal (besides using healing items, but those are extremely rare), so it’s an important combat mechanic. 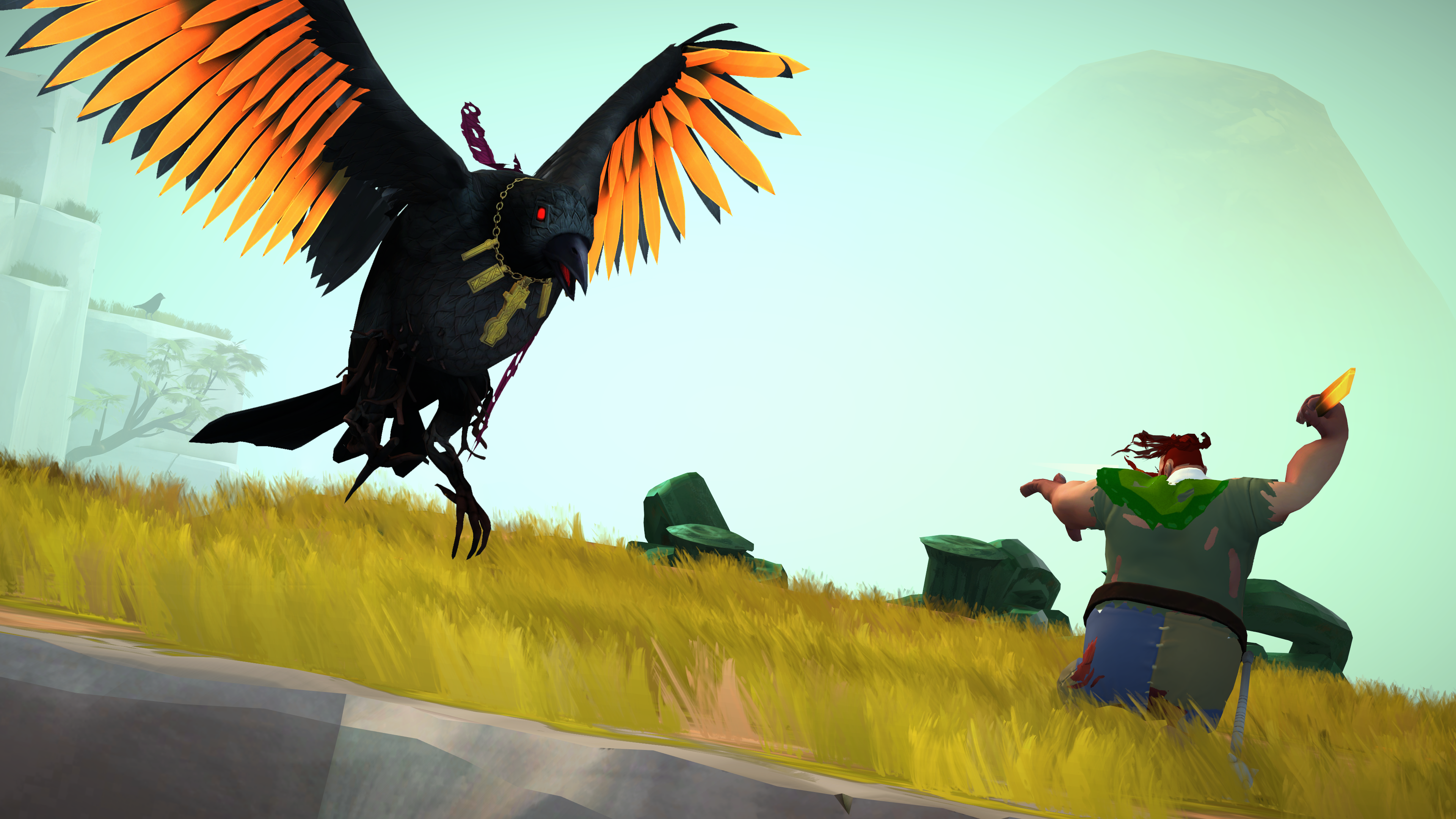 The biggest problem I encountered in Gods Will Fall is something that hindered the game for me. High difficulty is something I can overcome but not the frustrating and imprecise hitboxes. It’s frustrating when I reach the bosses and die because of attacks that still connects and damages my warrior despite having dodged it. Since this is a roguelike, your game ends when you lose all eight warriors.

I can’t help but compare this game to Hades. Hades’ protagonist Zagreus felt so smooth and precise to control, and it was easy to dodge enemies’ attacks in that game because of how precise and clear the hitboxes were. In Gods Will Fall, your warriors move and dodge like they’re made of clay. It feels a lot like a From Software-designed RPG; you can’t button mash your way to victory, but it’s more ambitious than its execution. The imprecise and unclear hitbox dampens the fun and skill in combat, especially against bosses. It feels like no matter what I do or how I time my dodges, these bosses seem to be able to somehow hit me and before I know it, I’m dead.

Another gameplay mechanic that I partially like is the idea that killing enemies or destroying certain objects in the dungeon will weaken the boss by lessening its health before we reach them. What this means is that you’ll go around a dungeon killing enemies and the bosses health will gradually (but slowly) decrease for each enemy that you kill. This is a fine idea, but it’s annoying for one big reason. When you’ve already killed a bunch of enemies, reached the weakened boss and die while fighting it, your next warrior will enter the dungeon with the bosses’ health restored and the enemies respawned. 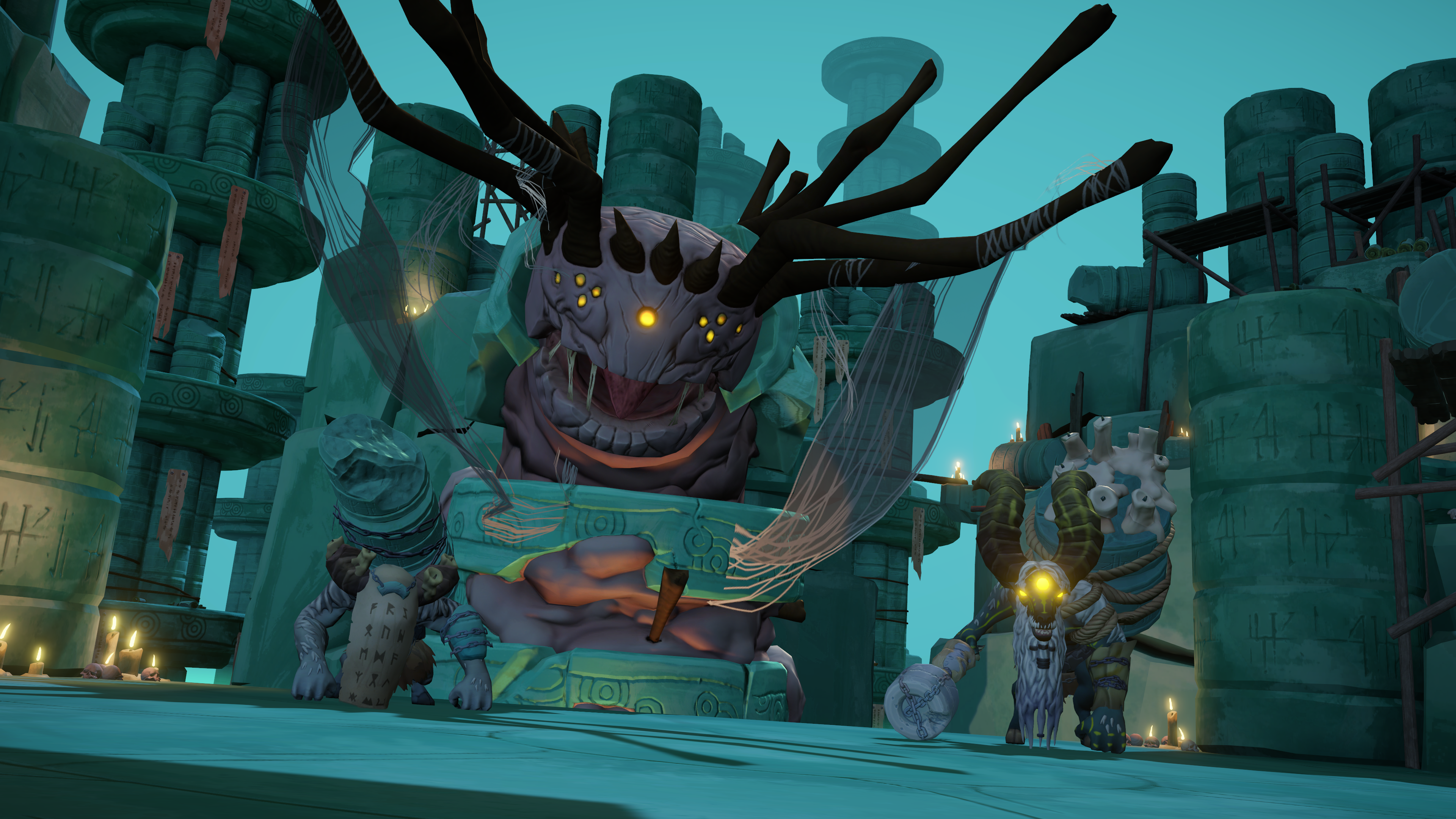 Sure, I get it, this is a hard as hell rogue-like action game, but that doesn’t make it any less annoying. You’ll then have to do the same thing again, clearing out the enemies of the dungeon and reaching the boss again. Another problem with the overall gameplay in Gods Will Fall is that there’s not much incentive for you to explore the dungeons besides killing enemies and reaching the boss. There aren’t much variety or surprises once you’ve already gone through the same dungeon. The layout doesn’t change and there’s no exciting loot to collect or obtain, besides usable items that are so rare and sometimes hard to even detect (they’re tiny and blend with the environment, I only notice them via a glinting effect).

The only thing that does change are the enemies that spawn. For instance, in my playthrough, in the dungeon against the Celtic spider god, it was relatively quite easy to complete. However, in my second playthrough, that changed. While the dungeon layout and design remain exactly the same, the enemies spawning were different and much more powerful.

I suddenly had to go up against spear-wielding giant beasts and crab creatures, all of which weren’t there before in the same dungeon. I tried again, in a third playthrough, the very same dungeon. It was as easy as it was in my first playthrough, which goes to show how the developers weren’t kidding when they gave me this warning.

The game wants players to experiment and defeat the gods in any sequence that we choose, but the easiest bosses aren’t necessarily going to be as simple in your subsequent playthroughs. I guess that’s where the roguelike element of endless replayability comes into play. The combat and loot collecting are average at best, but completing these dungeons and killing these gods does feel intense and exhilarating when you win. Less so, when you die a lot. 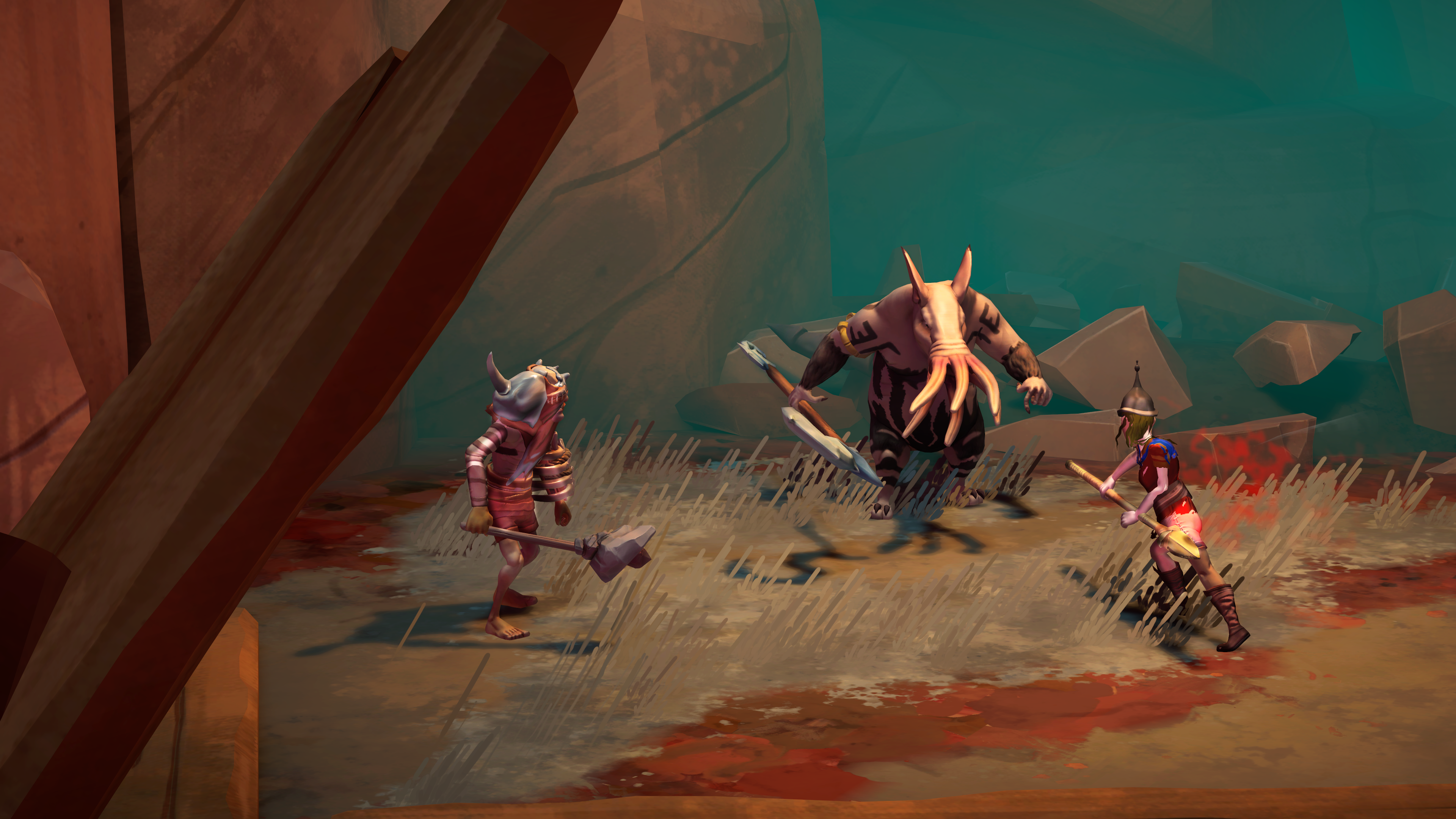 I encountered a possible game-breaking bug in one of the dungeons against a Celtic god named Lochlannarg. In one of my playthroughs (after a few hours in), I entered this dungeon and my warrior froze. The world around him didn’t, so that means enemies could still kill me. I quit the game before that happened, and when I reloaded the game, it treated my warrior as if he died in the dungeon.

I then started a new game and immediately started by going to this dungeon first. My warrior froze in place again. This happened whenever I dodged or started sprinting in the Lochlannarg dungeon, so I couldn’t complete the game. Sure, I could beat the dungeon without sprinting but without dodging? That’s almost impossible in a game like this.

I really hope this bug gets fixed by the time game launches, or perhaps even in a post-launch patch. It’s hard to adhere to a challenging game’s rules when it inadvertently breaks its own & doesn’t respect the player. 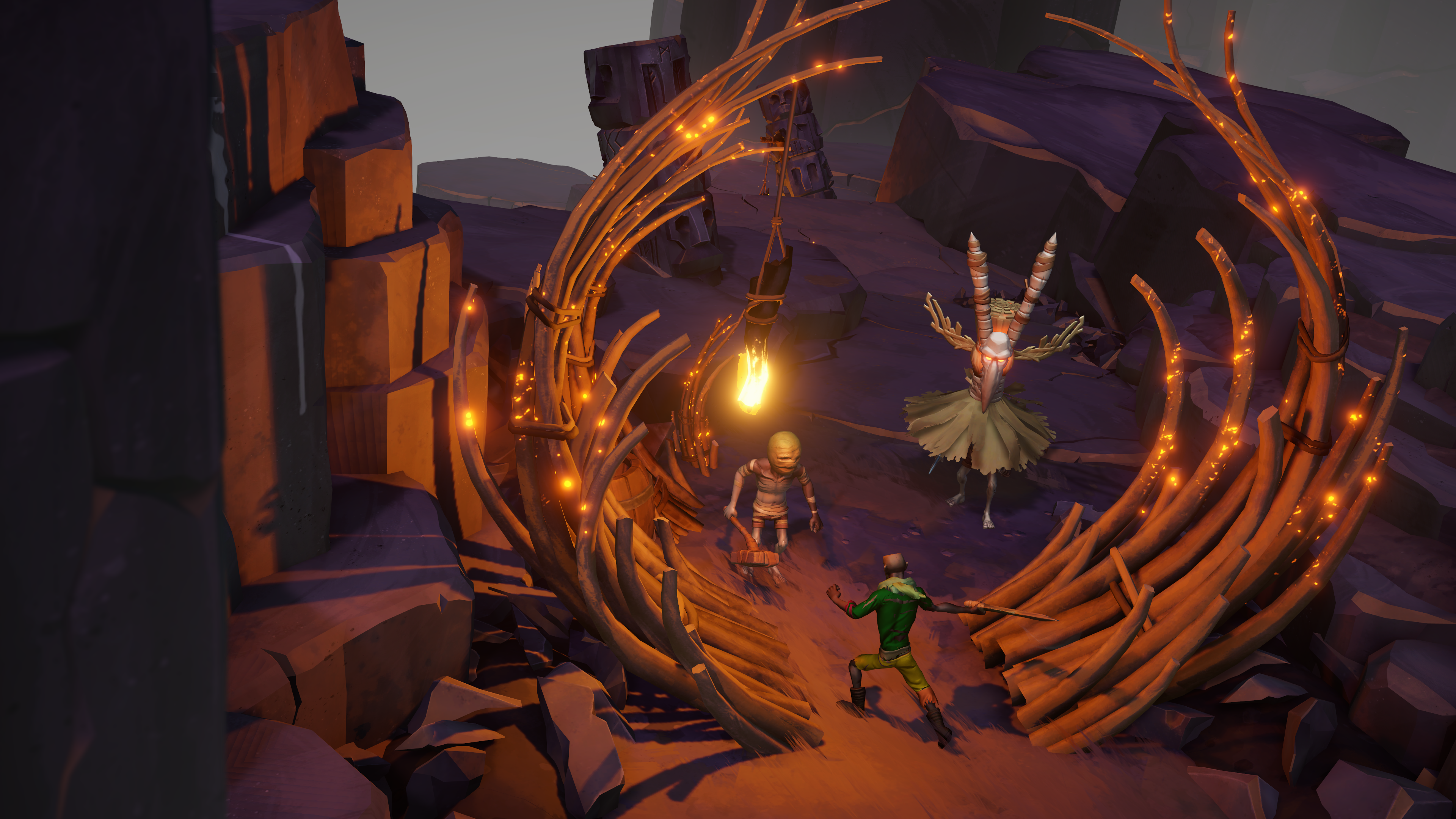 If you’re looking for a decent rogue-like dungeon crawler that’s basically a gauntlet of bosses that feels like an isometric Dark Souls game, then you should check out Gods Will Fall. There’s a bit of Lovecraftian flavour in there too along with all the Celtic gods and myth. Otherwise, you’ll get more frustration from your money’s worth. Proceed with caution like these heroes would in this hellish world.

Gods Will Fall was reviewed on Steam (PC) via a review code from the publisher.

Reviews
Ghostrunner: Project Hel Is More Of The Same, And That's Fine

The Silent Hill franchise may be coming back from the dead. According to a tip-off from Aesthetic Gamer, Konami has reached out to developers a coupl...