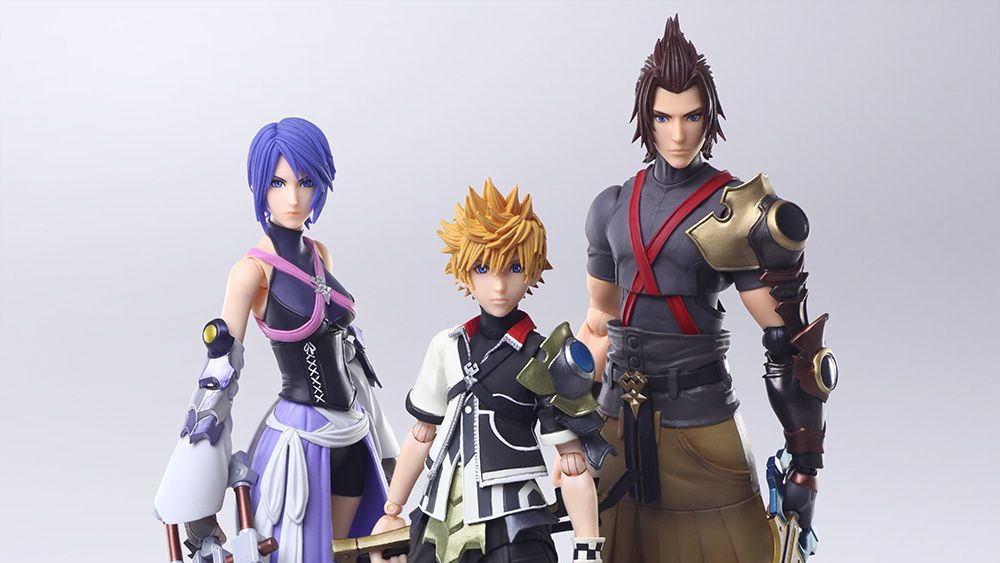 Square Enix has announced that the Kingdom Hearts Birth By Sleep trio is officially joining the Bring Arts action figure line. You can get Ventus, Aqua and Terra together.

Ventus comes with the Wayward Wind keyblade, interchangeable head sculpts, with one ready for battle or with eyes shut, and six types of hand parts.

Aqua comes with the Masterâ€™s Defender keyblade, which was passed onto her from Master Eraqus, as well as two interchangeable head sculpts and five types of hand parts.

In the meantime, the last Kingdom Hearts game was pretty bad, even for fans.

Even Warface Is On The Switch Now