Returnal is the PS5’s first true exclusive in a while since February 2021’s Destruction All-Stars, if you count that. And it has a lot riding on it. After spending several hours with the latest game by developer Housemarque (best known for 2013’s Resogun and 2016’s Alienation), I can say that this is definitely a roguelike game that isn’t afraid to ramp up the difficulty to the extreme.

Despite being a full-priced AAA game, Returnal doesn’t hold the player’s hand. From the very beginning, it just thrusts you directly into the action. I’m not kidding; when you boot up the game, you’re not even greeted by a traditional main menu. The game begins with a cinematic and then you immediately start playing. Just like other roguelikes, you can’t manually save in Returnal. All of these elements are certainly unusual for what is supposed to be a first-party AAA PlayStation exclusive.

Most important of all, Returnal is super hard. Playing through the game’s first two biomes took a lot of effort and tries.

The worlds in Returnal are divided into biomes, each of which consists of procedurally generated levels. You can’t change the difficulty and trust me, you’ll die many, many times. That’s par for the course in any roguelike game, but imagine a AAA PlayStation with that level of difficulty.

Each death sends Returnal protagonist Selene to the start of the time loop. Yeah, the game’s plot is essentially sci-fi Groundhog Day, so you’ll end up starting from the crash site again. Most abilities and items collected on the previous cycle will be lost, including weapons and consumables. However, some things do carry over, so you’ll still feel some measure of progress. 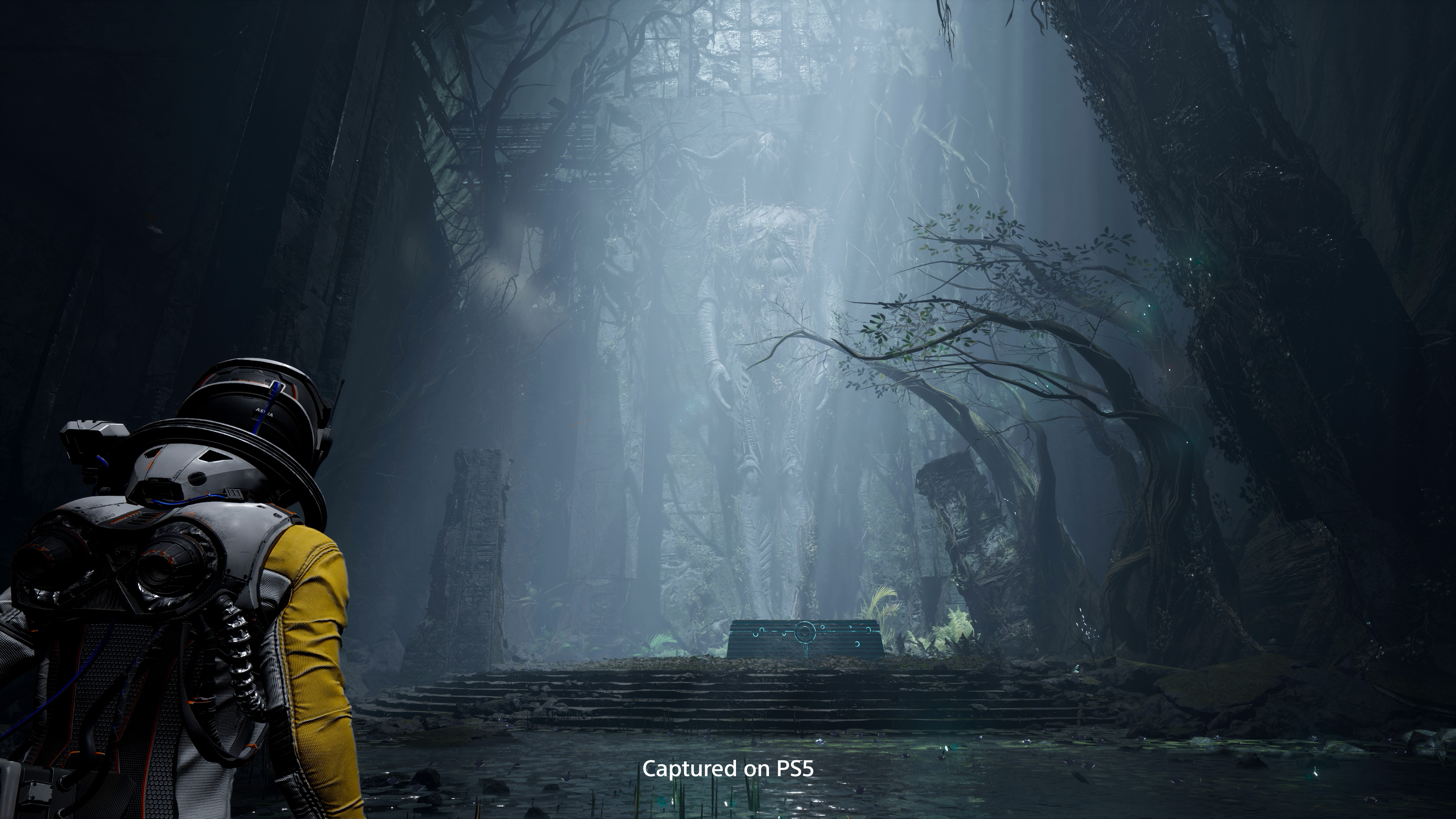 So far, Returnal feels like it’s not made for anyone who just wants to enjoy the story. However, it’s geared for those who want fast-paced third-person arcade bullet-hell gameplay because that’s exactly what you’ll get a lot of. For starters, the game features a number of base weapons that are augmented as you play. For example, the Spitmaw Blaster weapon starts as a pretty basic shotgun, but as you progress and start using it more in combat, youâ€™ll unlock and add on various Weapon Traits, each providing a unique gameplay modifier to the base weaponâ€™s behaviour.

These Weapon Traits are custom-tailored for each gun type, so your Spitmaw Blaster might gain exploding shells or generate acid pools upon impact.

The controls feel responsive, but the experience is further improved by the DualSense’s haptic feedback and adaptive triggers. It feels awesome to unleash my weapon’s alt-fire mode just by pushing the L2 all the way down. There are 10 base weapons, more than 90 Weapon Traits and 10 alt-fire modes, but it’s important to note that you can only hold one single weapon at any one time, so you’ll be switching between them a lot.

The first two biomes in Returnal are called Overgrown Ruins and Crimson Wastes. The first feels like exploring the dark remains of an alien civilization while the second is more like what its name implies; a desert wasteland. They both exude a desolate and forsaken tone that is in line with the game’s grim atmosphere. I can’t wait to see what else the four remaining biomes will have in store for me. 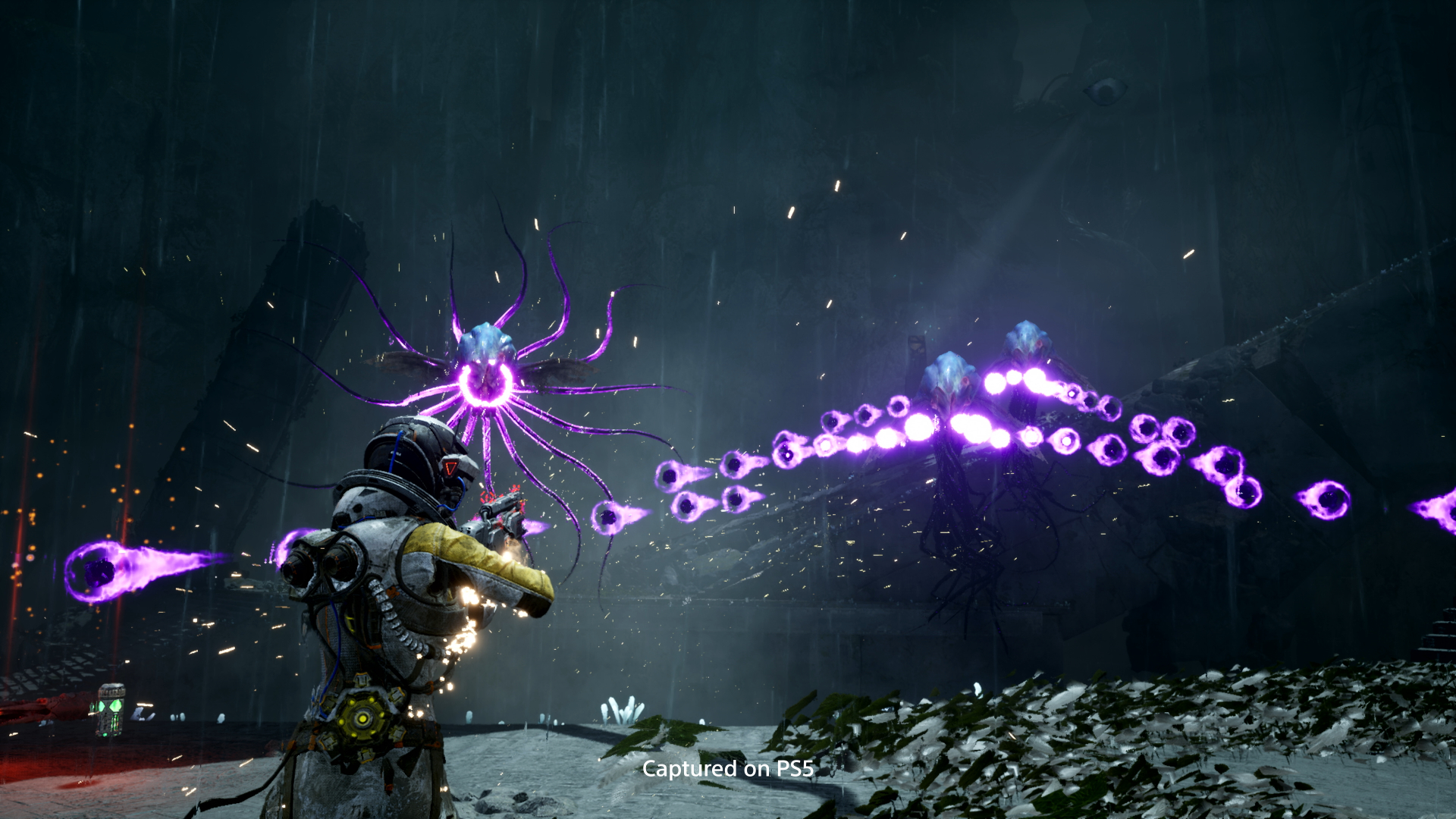 Again, I have to reiterate that unlike other PlayStation exclusives like God Of War, Uncharted or Ghost Of Tsushima, Returnal is first and foremost a roguelike game. It’s hard as hell and requires a lot of work (and deaths) to progress, so I’ll expect even more of that as I peel off more of the game’s mysterious narrative and reach the ending.

Returnal is slated to launch exclusively for the PS5 on 30 April 2021.

The Uncharted: Legacy of Thieves collection for PC and PS5 may not feature online play from the PS4 original. According to a recent ESRB classifica...

Nippon Ichi Software and NIS America have announced Disgaea 6 Complete for PS5, PS4, and PC via Steam. The PS5 version will initially launch on 16 Jun...

Score yet another KO for Malaysia video game production work. It turns out that Malaysian video game outsourcing company Lemon Sky Studios had a ha...