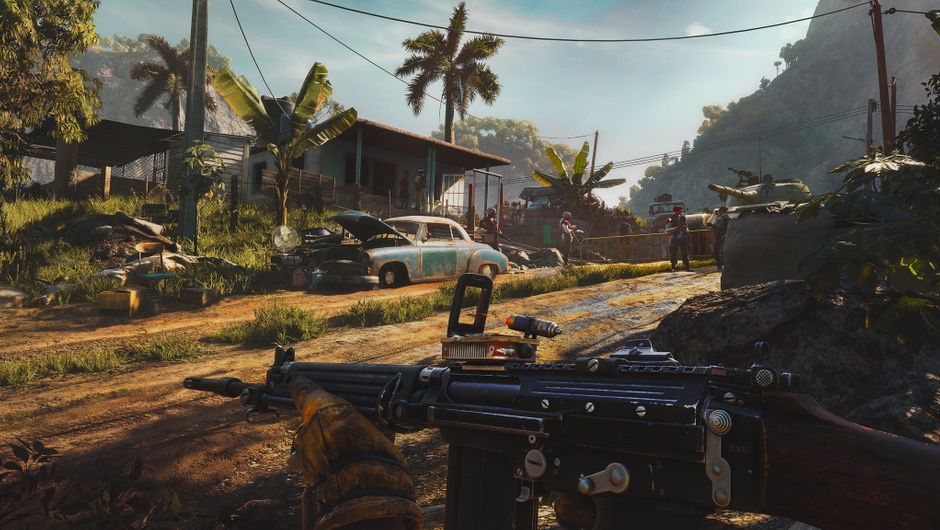 Well, that took a short while.

After much criticism and responses to Ubisoft declaring Far Cry 6 to be “non-political”, the game’s narrative director Navid Khavari is prompted to go deeper on the political nature of the game in a recent update post. The director, and Ubisoft by association, explicitly states the game’s story to be “political”.

“A story about a modern revolution must be. There are hard, relevant discussions in Far Cry 6 about the conditions that lead to the rise of fascism in a nation, the costs of imperialism, forced labour, the need for free-and-fair elections, LGBTQ+ rights, and more within the context of Yara, a fictional island in the Caribbean.”

Khavari said that the developers took inspiration from Cuba and “other countries around the world that have experienced political revolutions in their histories”. As stated in our previous story, Ubisoft has worked with people like ex-guerilla fighters who have personal experiences with this part of history, ensuring that its story is “told with sensitivity”.

“The conversations and research done on the perspectives of those who fought revolutions in the late 1950s, early 1960s, and beyond are absolutely reflected in our story and characters. But if anyone is seeking a simplified, binary political statement specifically on the current political climate in Cuba, they wonâ€™t find it.

I am from a family that has endured the consequences of revolution. I have debated revolution over the dinner table my entire life. I can only speak for myself, but it is a complex subject that should never be boiled down to one quote.

What players will find is a story thatâ€™s point-of-view attempts to capture the political complexity of a modern, present-day revolution within a fictional context. We have attempted to tell a story with action, adventure, and heart, but that also isnâ€™t afraid to ask hard questions.”

Khavari asks players to play the story for themselves before judging its politics, which is a rational statement to make. And on that note, at least Ubisoft is willing to address the matter. See, it wasn’t so hard, was it? Now a good number of folks will respect you for being on-point and direct about it. I for one am looking forward to see how Far Cry 6’s narrative will pan out, seeing as Ubisoft has basically promised to deliver something a bit more depth-filled and complex.

What Is Epic's Next Free Game? We've Got The Answer