Marvel Future Revolution Is Now Open For Pre-Registration On Mobile

Starring an array of world-famous charactersÂ and featuring an original storyline and AAA-quality 3D graphics, MARVEL Future Revolution will immerse players in a gorgeous open world jam-packed with high-stakes action as they serve as the first line of defence to save the universe.

MARVEL Future Revolution begins when numerous Earths converge in the multiverse to form an entirely new â€˜Primary Earthâ€™ filled with unique zones and missions to explore, such as the high-tech New Stark City, the dangerous Hydra Empire, the wild and rugged Sakaar, and many more.

As agents of the newly formed â€˜Omega Flightâ€™ Super Hero team, players will work together to battle an onslaught of Super-Villains and defend the â€˜Primary Earthâ€™ from a never-ending series of threats. Eight playable Super Heroes, including Captain America, Captain Marvel, Spider-Man, Black Widow, Iron Man, Doctor Strange, Star-Lord, and Storm, will be outfitted in an extensive collection of iconic costumes from throughout the Marvel Universe, with a tremendous selection of more than 400 million costume combinations per hero to choose from.Â

â€œWorking with a world-class IP like Marvel has enabled us to roll out unparalleled mobile gaming experiences over the years, and MARVEL Future Revolution will catapult franchise fans to an entirely new level. 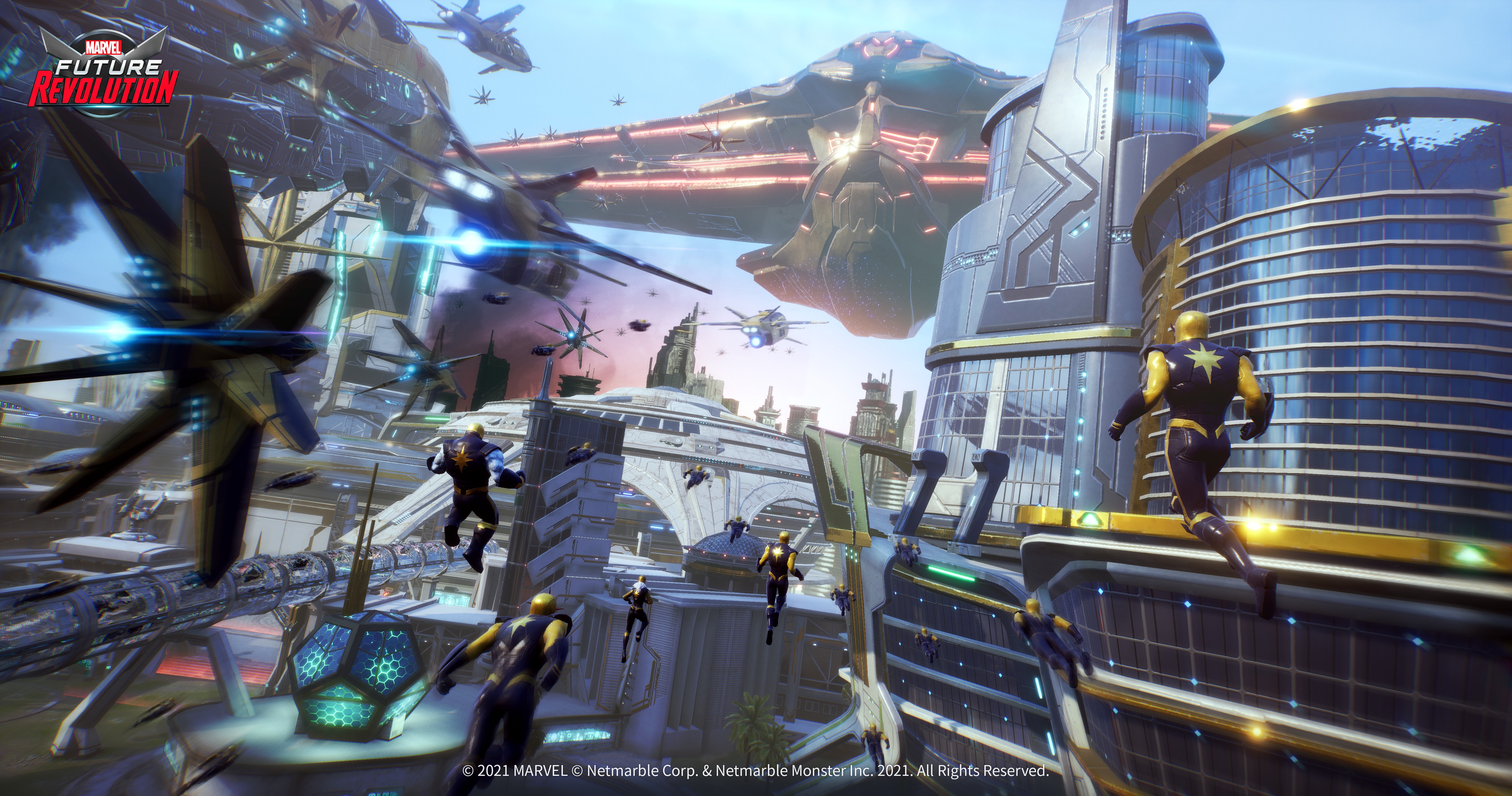 Utilizing the Squad System, MARVEL Future Revolution players will have the opportunity to level up and play as new characters. Theyâ€™ll also be able to flex their Super Hero skills in various PvP (Player versus Player) modes, ranging from 1v1 matches up to 10v10 matches between high-level players. As players progress, multiplayer content will unlock, including Blitz, Special Operation, Raids, and more.

â€œFrom the gleaming spires of New Stark City to the shadowed alleyways of Hydra Empire, players around the globe will be thrilled with the vast vistas waiting for them to explore in the wild open world crafted by our friends at Netmarble.

Whether youâ€™re soaring through the skies as Storm or barreling through enemies as Captain America, players can live out their Super Hero dreams on an unprecedented scale filled with all the action, drama, humor, and fun that fans expect from Marvel.â€

â€œOur ongoing collaboration with Netmarble has allowed us to bring the expansive worlds, exciting characters, and fan-favourite stories from the Marvel Universe to mobile gamers seamlessly.

We are ecstatic to bring this revolutionary mobile game to fans around the world and canâ€™t wait for everyone to experience it!â€Â

Check out 8 minutes worth of gameplay below: 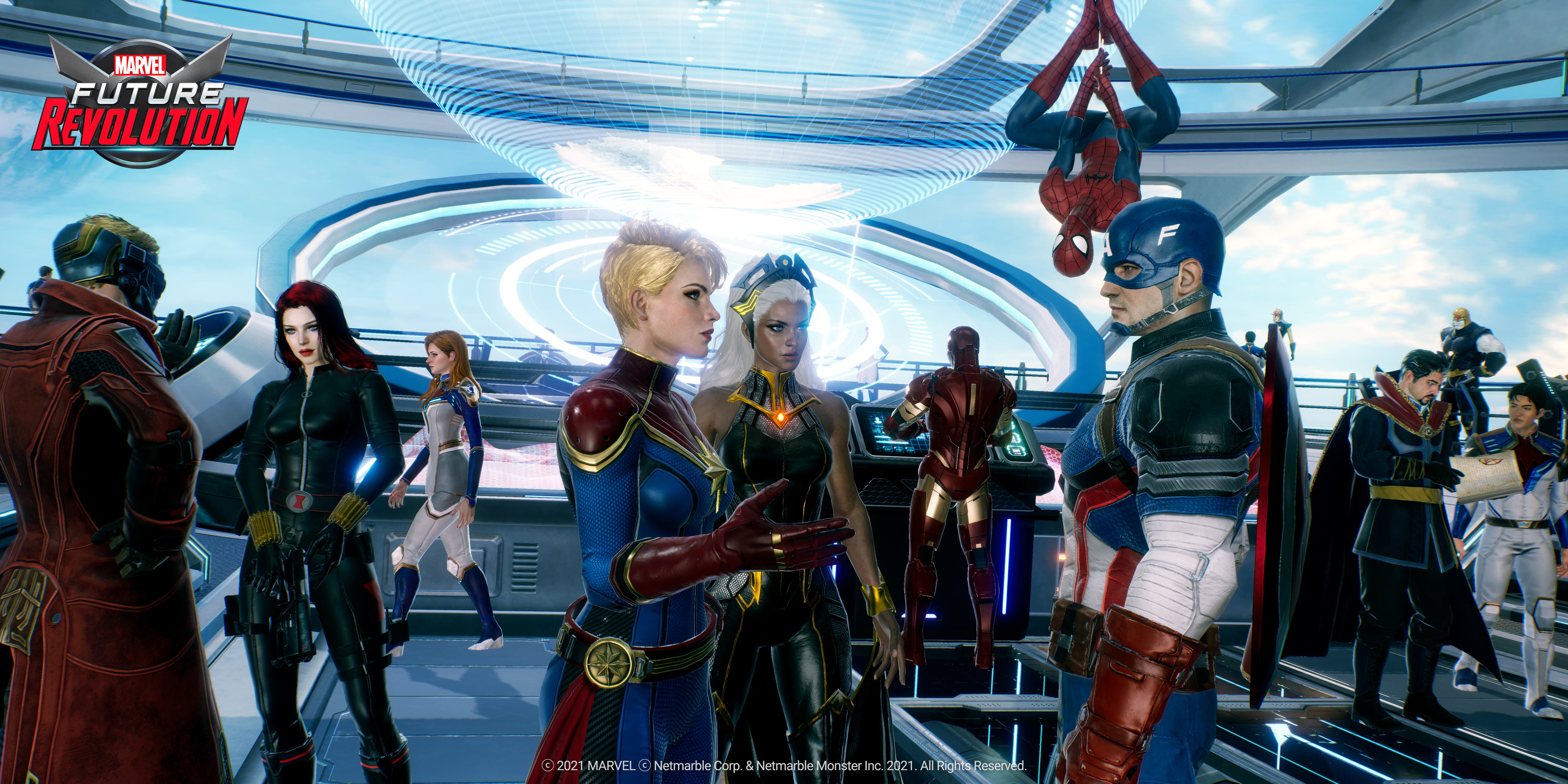 Developed by Netmarble Monster, MARVEL Future Revolution is the second collaboration between Netmarble and Marvel Entertainment, and a successor to the long-running hit mobile game MARVEL Future Fight, enjoyed by more than 120 million people worldwide.

MARVEL Future Revolution will be available for iOS and Android devices as a free-to-play game in the second half of this year. Global pre-registration is now open via the App Store and Google Play. Pledge to join the â€™Omega Flightâ€™ now to receive a variety of rewards at launch.

For the latest news onÂ MARVEL Future Revolution, please visit the official website and follow #MARVELFutureRevolution across all social channels:

Marvel has announced the official release date for Nintendo Switch exclusive Marvel Ultimate 3: The Black Order, and it's coming out this summer. It's...

While we are still waiting for an official price and release date for the PlayStation 5, Sony is giving its fans with an opportunity to register and ...