The second episode of Marvelâ€™s What Ifâ€¦?Â is now streaming on Disney+ Hotstar Malaysia. Iâ€™ll be discussing heavy spoilersÂ so if you havenâ€™t seen it or want to avoid spoilers, nowâ€™s your chance to stop reading.

You can check out my previous breakdown of Marvel’s What If…? Episode 1 here.

T’Challa Gets Taken By Yondu And The Ravagers By Mistake 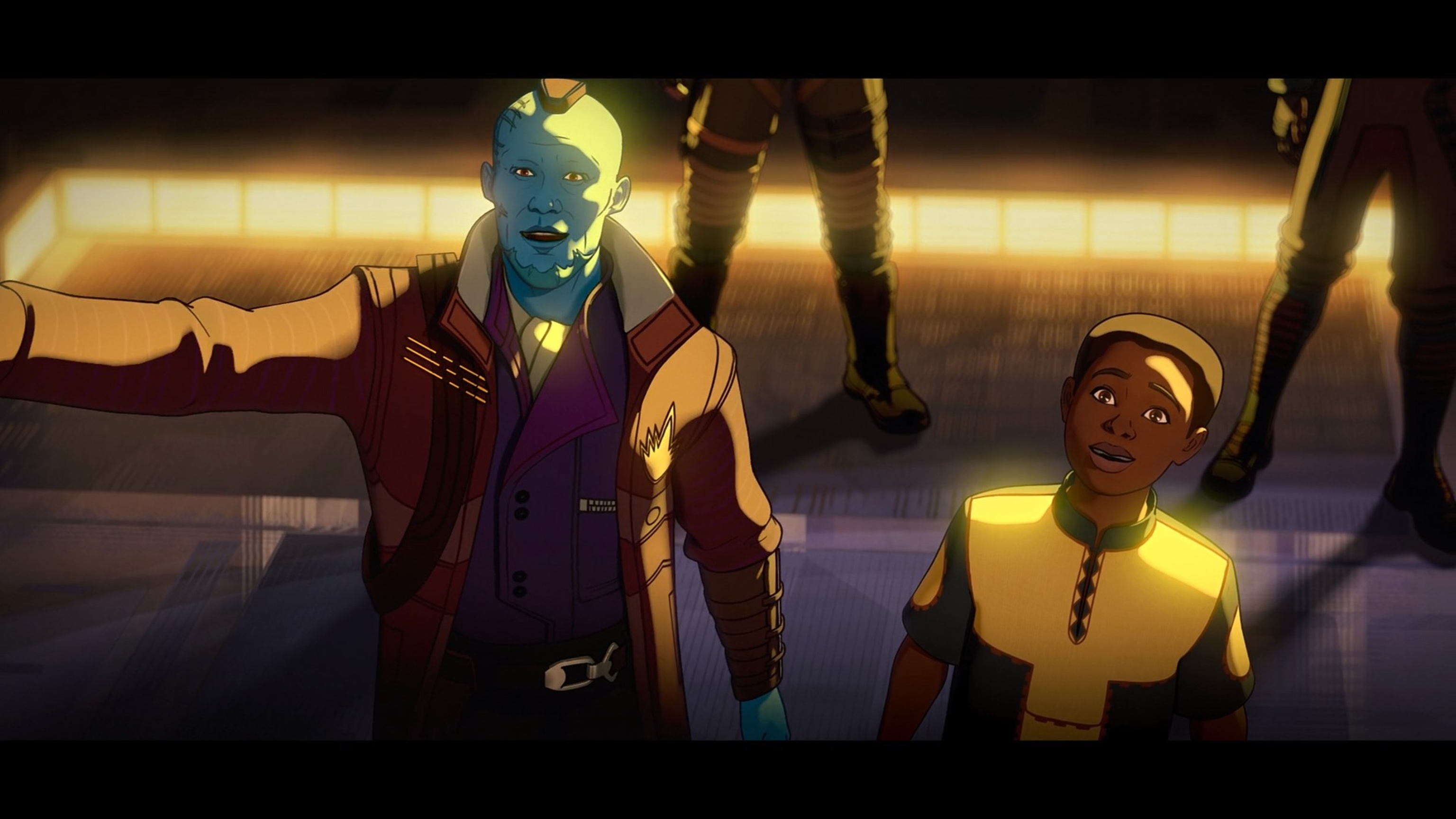 Just like how Steve Rogers never received the Super Soldier Serum in Episode 1 of Marvel’s What If…?, this time the big change is that T’Challa gets kidnapped by Yondu and the Ravagers by mistake. He then grows up to be Star-Lord and thus never became the Black Panther in this universe.

What changed? Well, in this universe, Yondu ordered his subordinates to capture the target, which is why the Ravagers ended up with T’Challa by mistake. 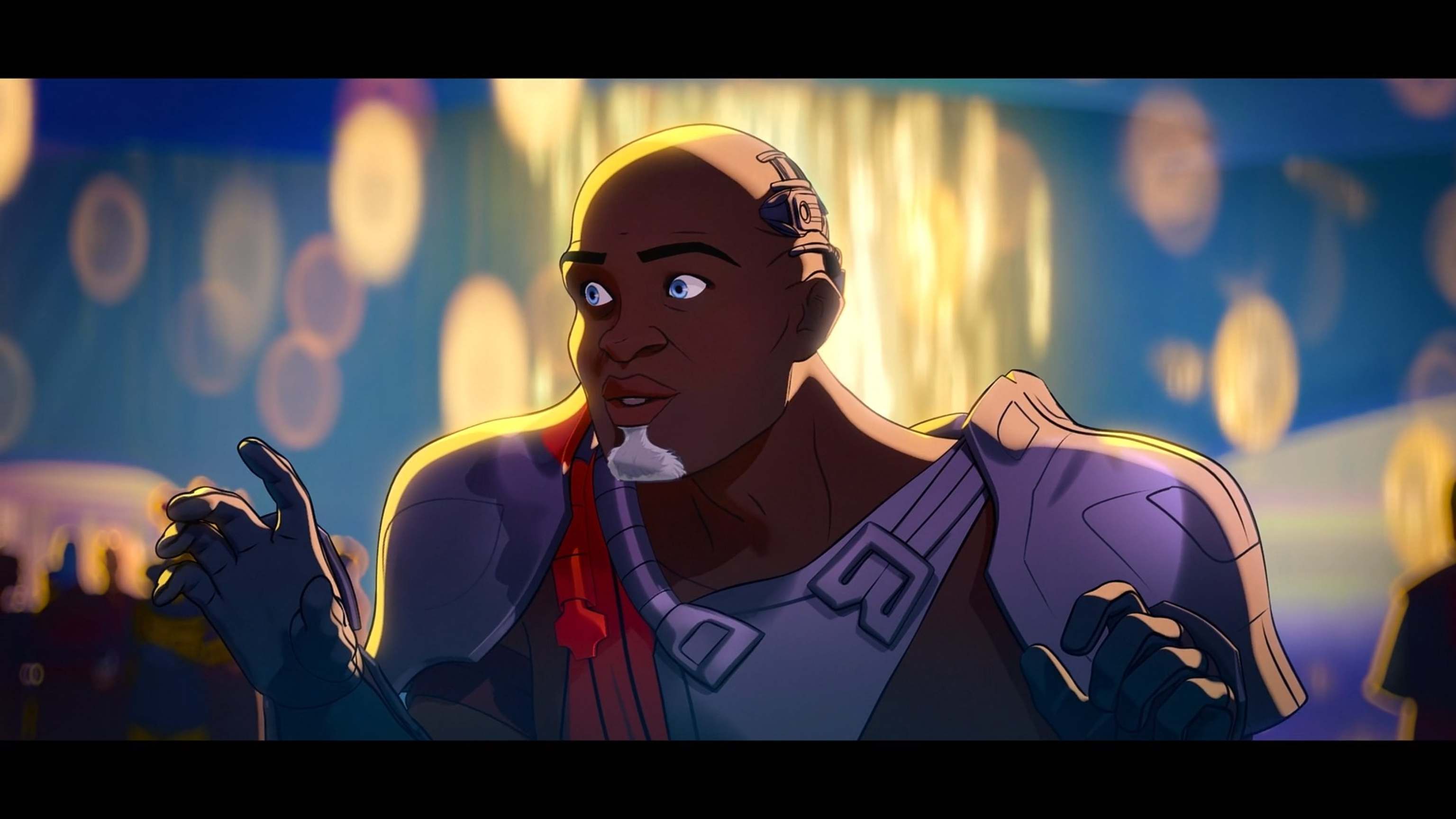 Interestingly, when Korath lists the achievements of T’Challa and the Ravagers, he mentions the “Central Bank Heist of Tarnax IV”. While the MCU has never been to the planet, Tarnax IV is actually the homeworld or Throneworld of the Skrulls. Of course, we’ve met Skrulls before in Captain Marvel and Spider-Man Far From Home, including Ben Mendelsohn’s Talos and Sharon Blyn’s Soren.

In the comics, Tarnax IV is gone, having been consumed by Galactus, which is one of the events that sparked the Secret Invasion storyline (which is getting its own Disney+ TV series in the future). It’s A Heist To Steal The Embers Of Genesis From The Collector; We Meet More Of Howard The Duck 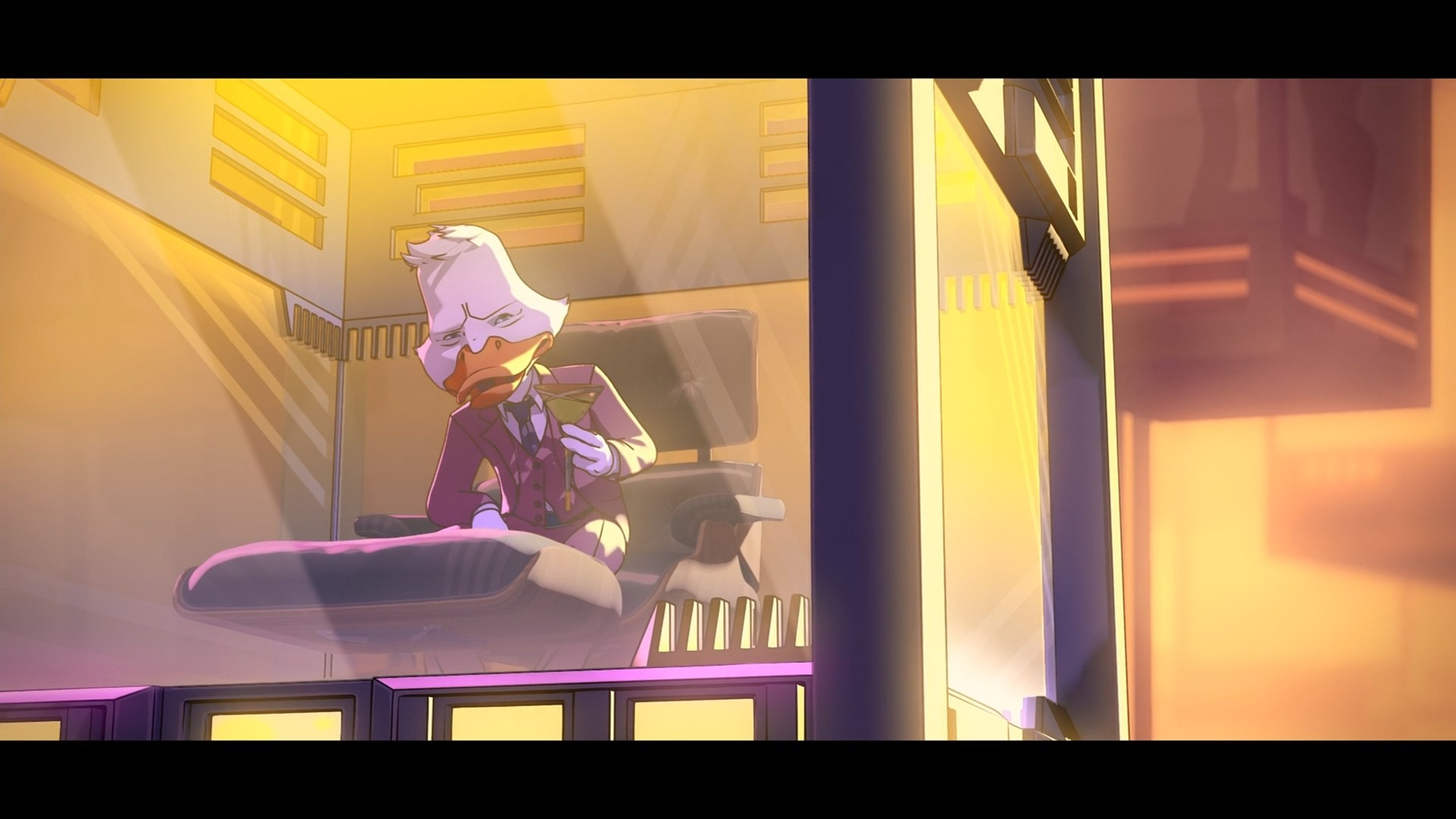 The whole premise of the episode is that T’Challa and the Ravagers are planning a heist to grab the Embers Of Genesis from Teneleer Tivan AKA The Collector.

It’s nice to see Seth Green’s Howard The Duck getting more lines in this episode of Marvel’s What If…? than he ever did in the entire MCU. He first appeared in 2014’s Guardians Of The Galaxy and he was actually present in the climactic battle against Thanos in Avengers Endgame in a blink-or-you’ll-miss-it cameo.

And no, Embers Of Genesis doesn’t exist in the comics.

Drax Is Happy And His Family Is Alive 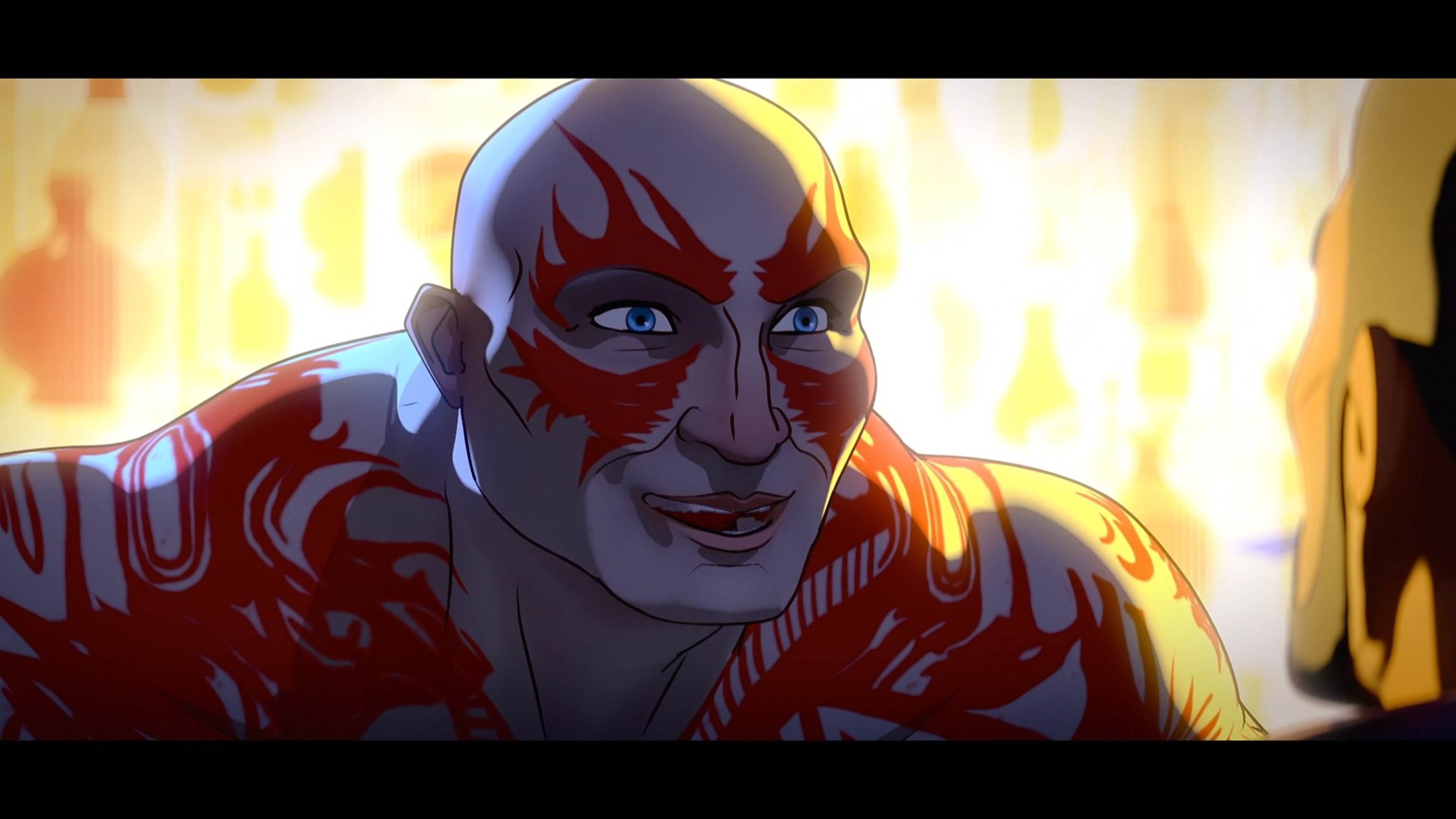 This version of Drax still has his family and thus, would never have met the Guardians Of The Galaxy.

Thanos Is A Reformed Good Guy 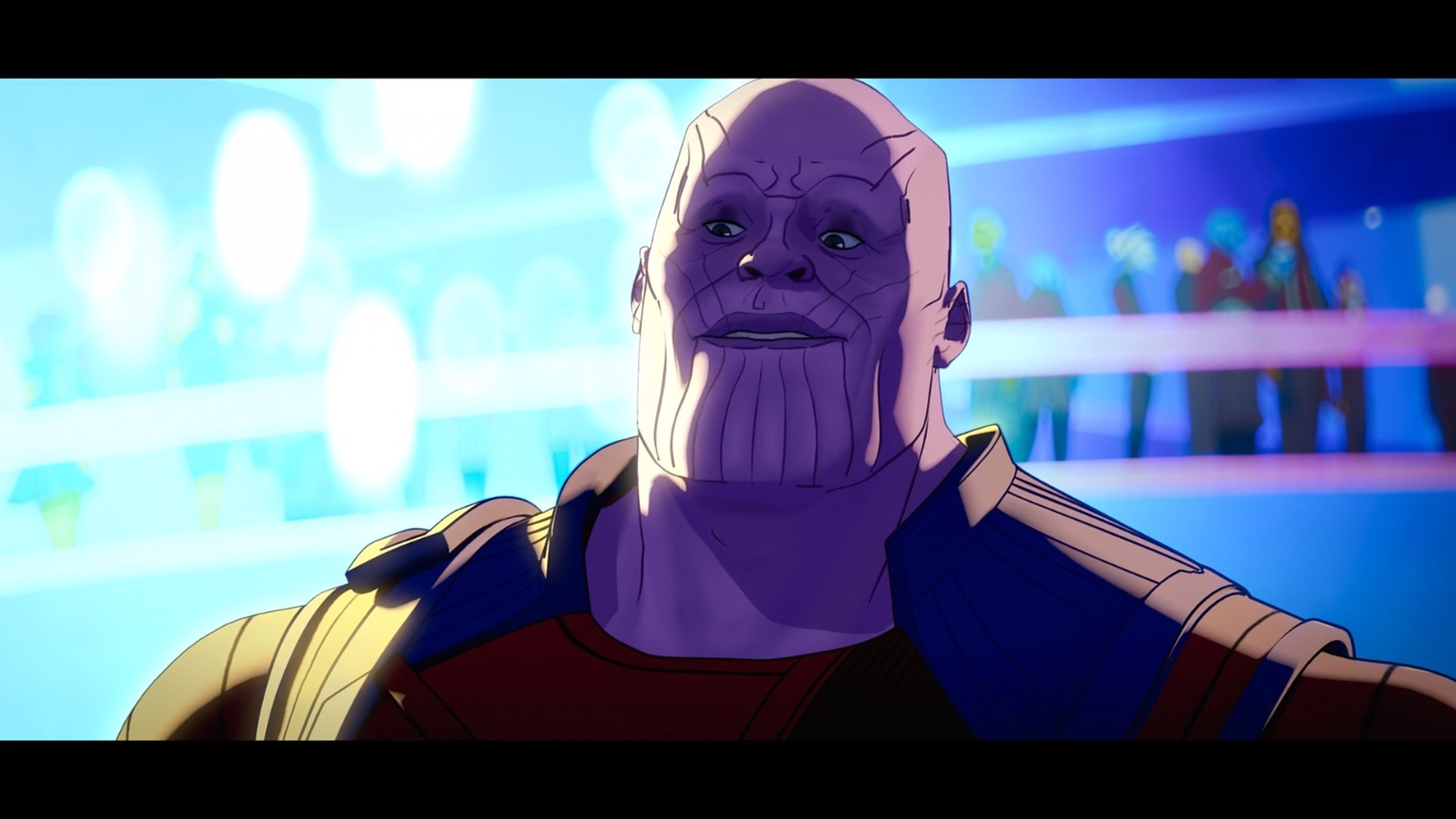 This is a surprising twist. In this universe, T’Challa is such a successful Star-Lord that he managed to defeat Thanos early and even recruit him into the Ravagers.

As A Result, This Nebula Never Became A Cyborg 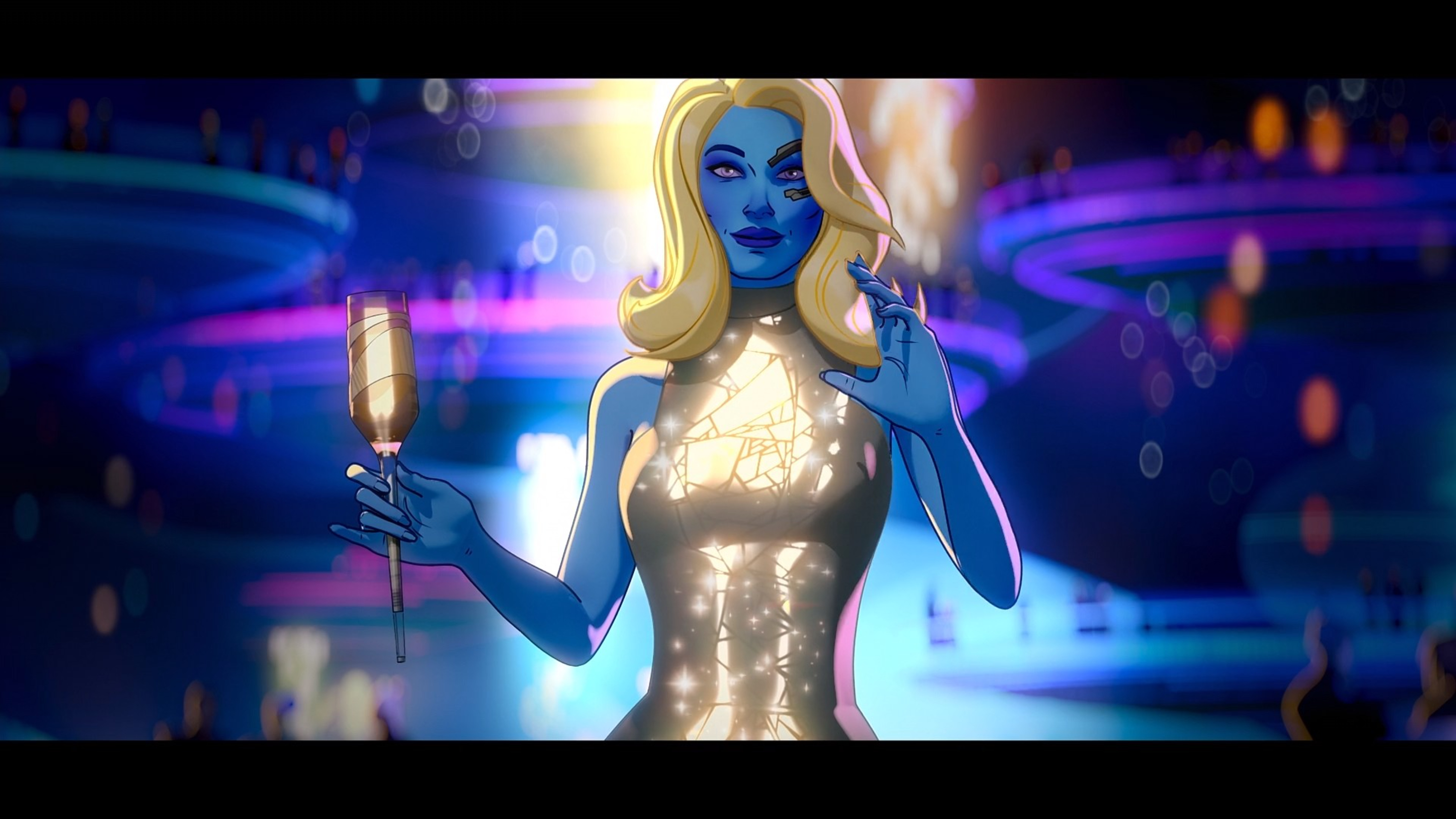 With Thanos becoming a good guy, this version of Nebula was never fully subjected to cybernetic enhancements. Thus, this Nebula didn’t become a full cyborg, and could even grow healthy blonde hair. However, Thanos apparently did give her one cybernetic enhancement on her eye, though it’s nowhere as severe as the one in the MCU version.

The Collector Has A Dark Elf In His Collection 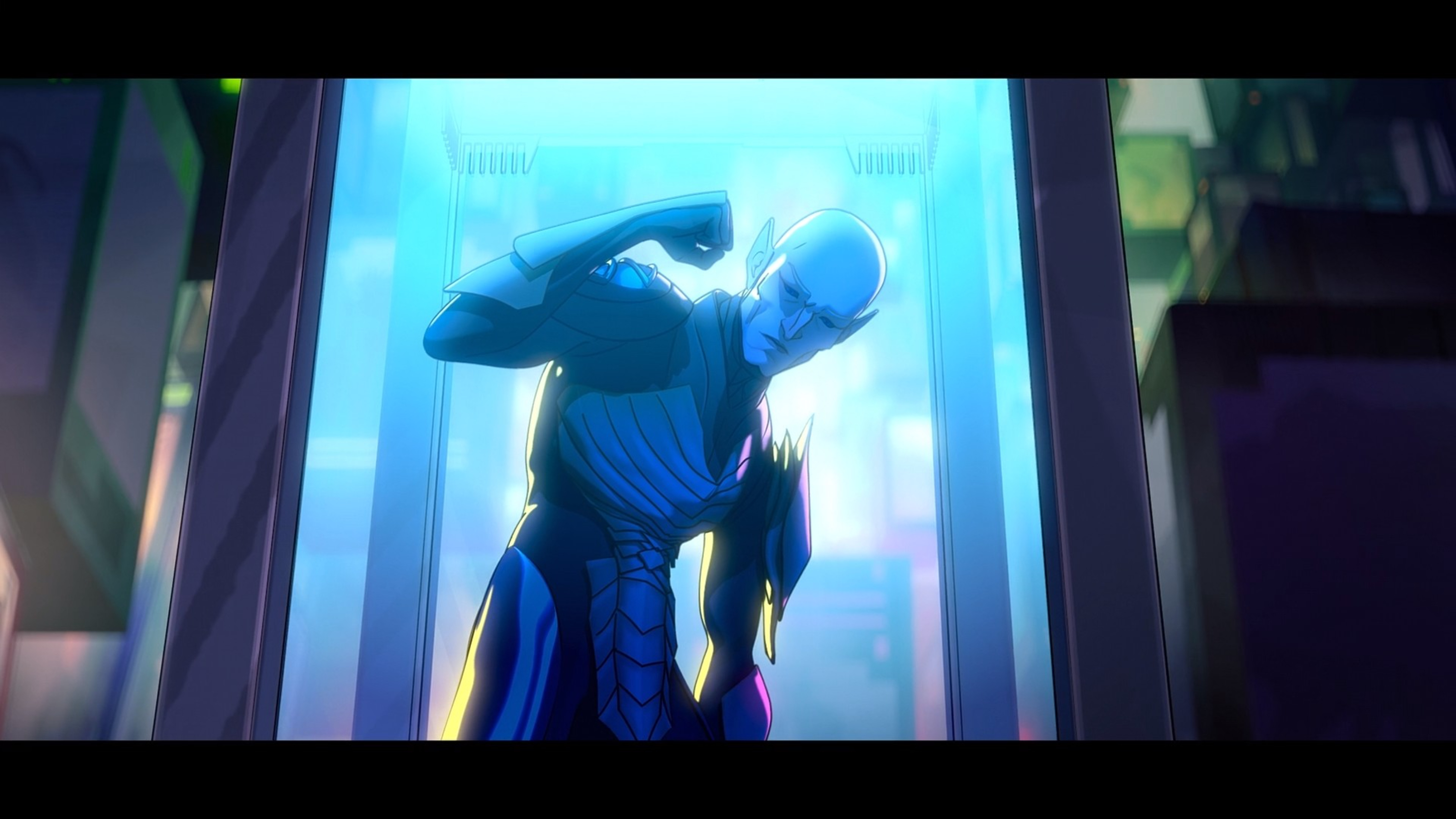 Remember the Dark Elves from 2013’s Thor: The Dark World? Yeah, though it’s unclear if this is Malekith himself.

The Terribly Chatty Kronan Is Most Likely Korg 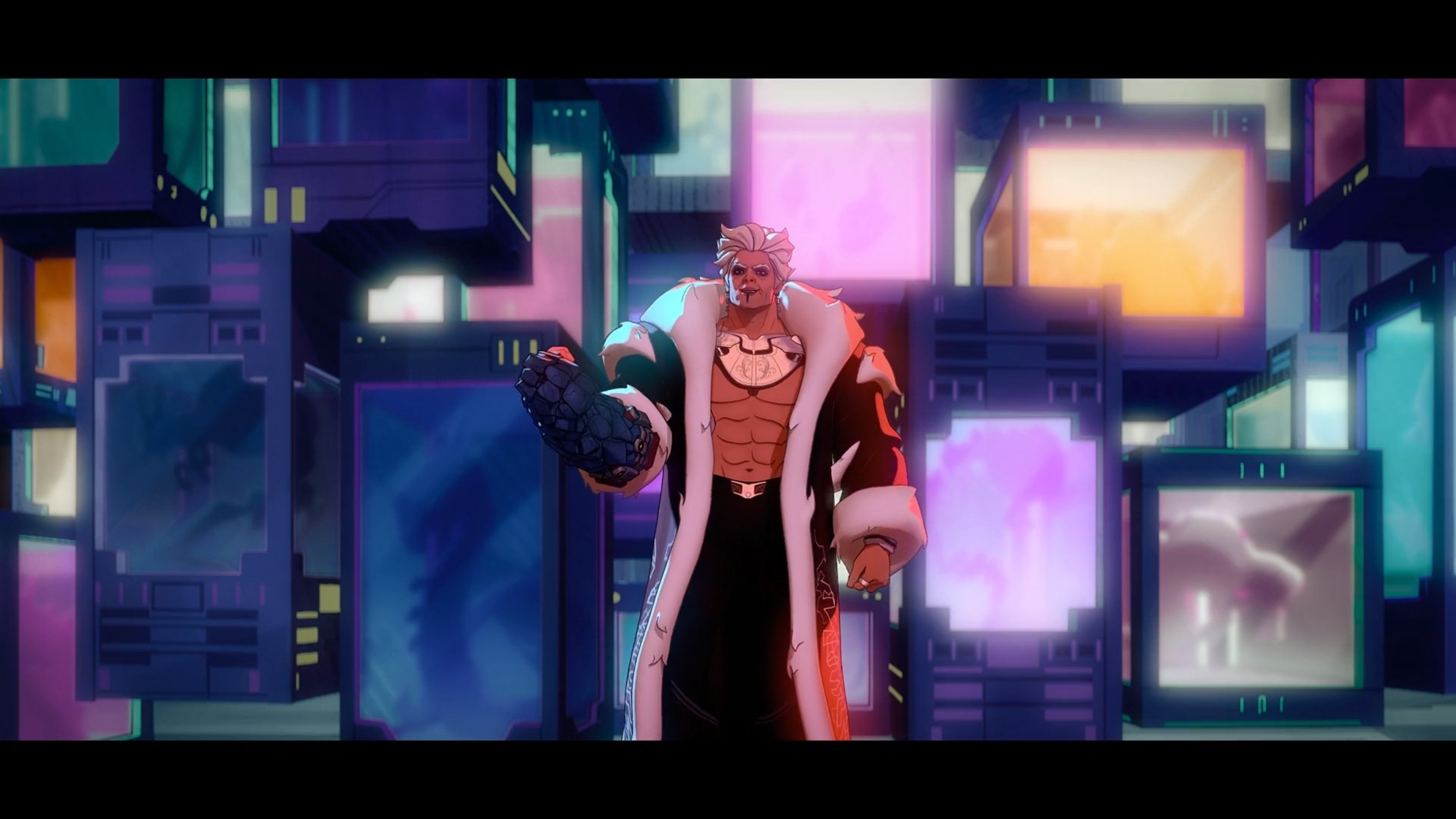 You know, this guy: 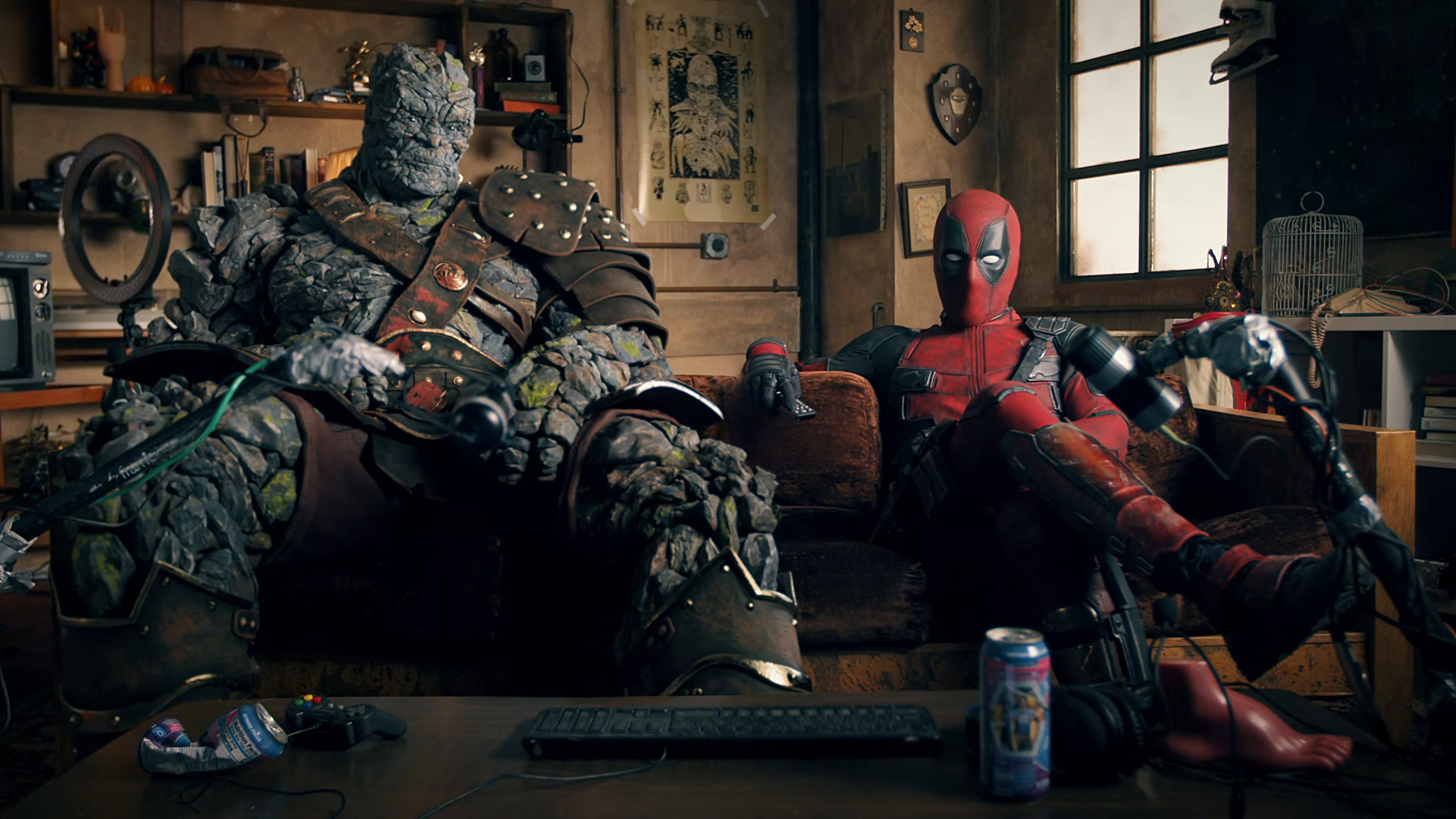 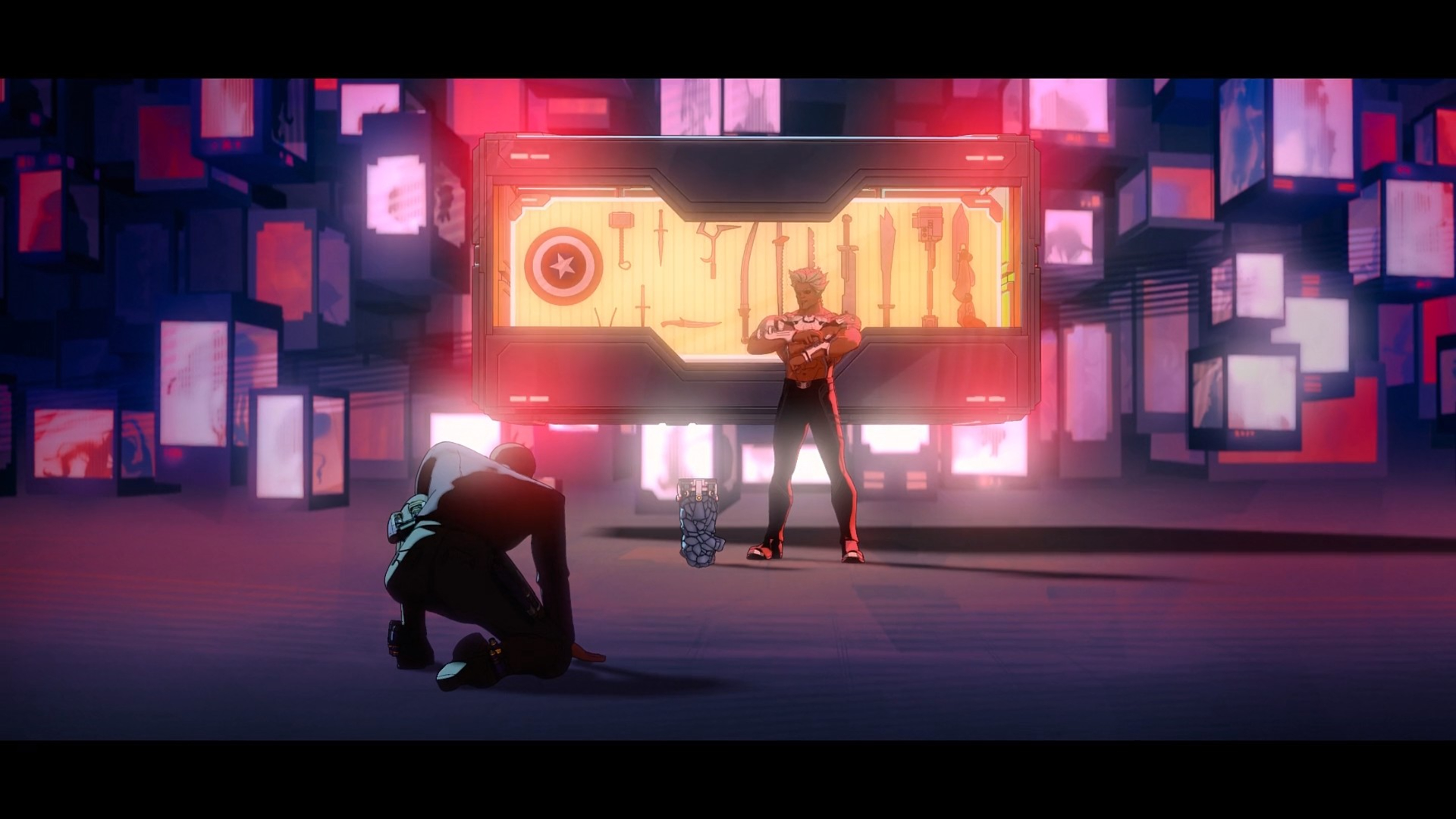 Impressive. This Collector must have gone up against the Avengers and won. 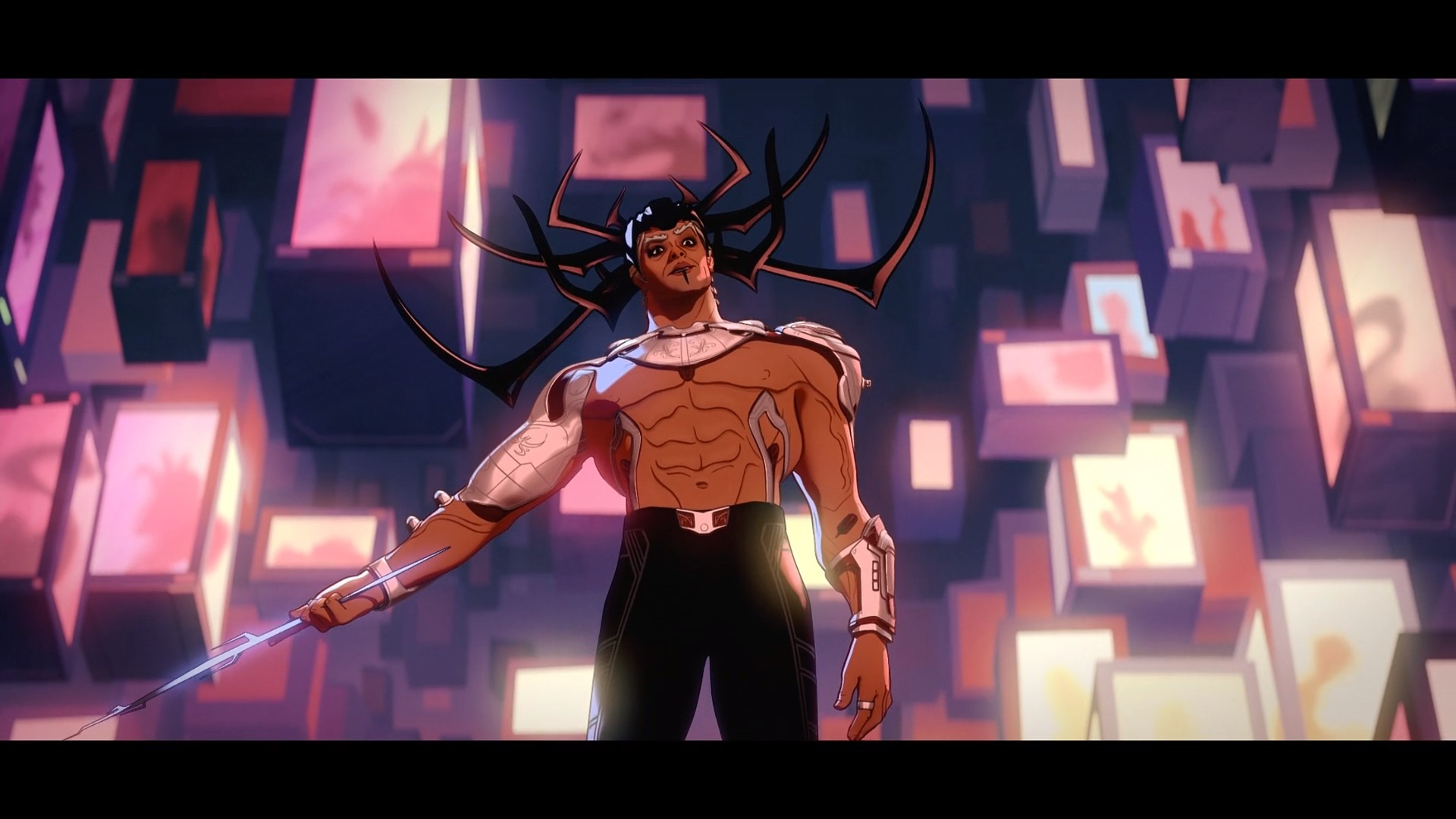 Without The Guardians Of The Galaxy, Peter Quill Ends Up Working At A Dairy Queen And Ego Comes To Claim Him 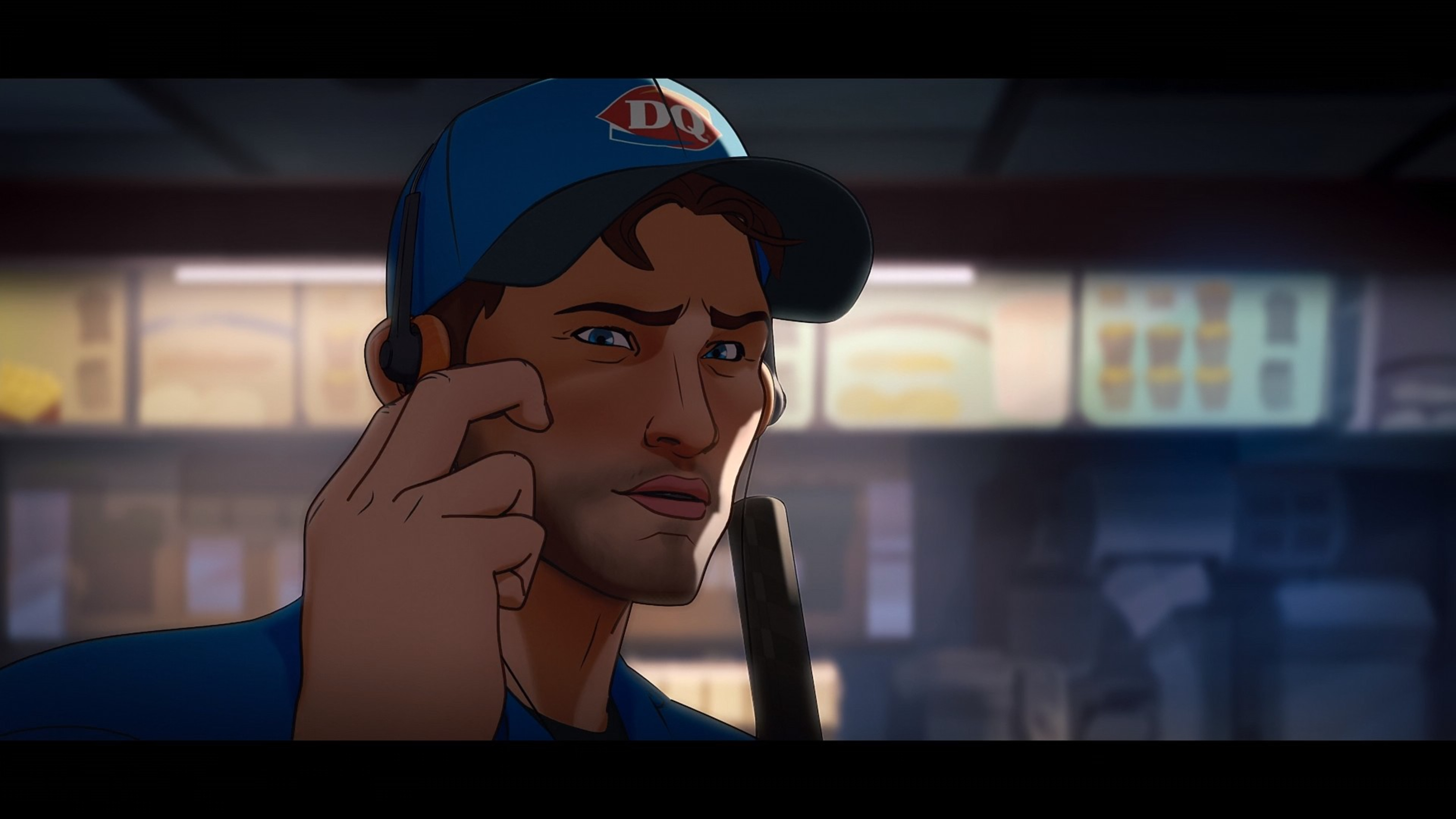 So, if T’Challa became Star-Lord, what happened to Peter Quill? The end of the episode answers that by showing us that an adult Peter Quill is now working at a Dairy Queen in the middle of nowhere. Ego comes to claim Peter’s Celestial powers and thus take over Earth as his own.

A Touching Tribute To The Late Chadwick Boseman 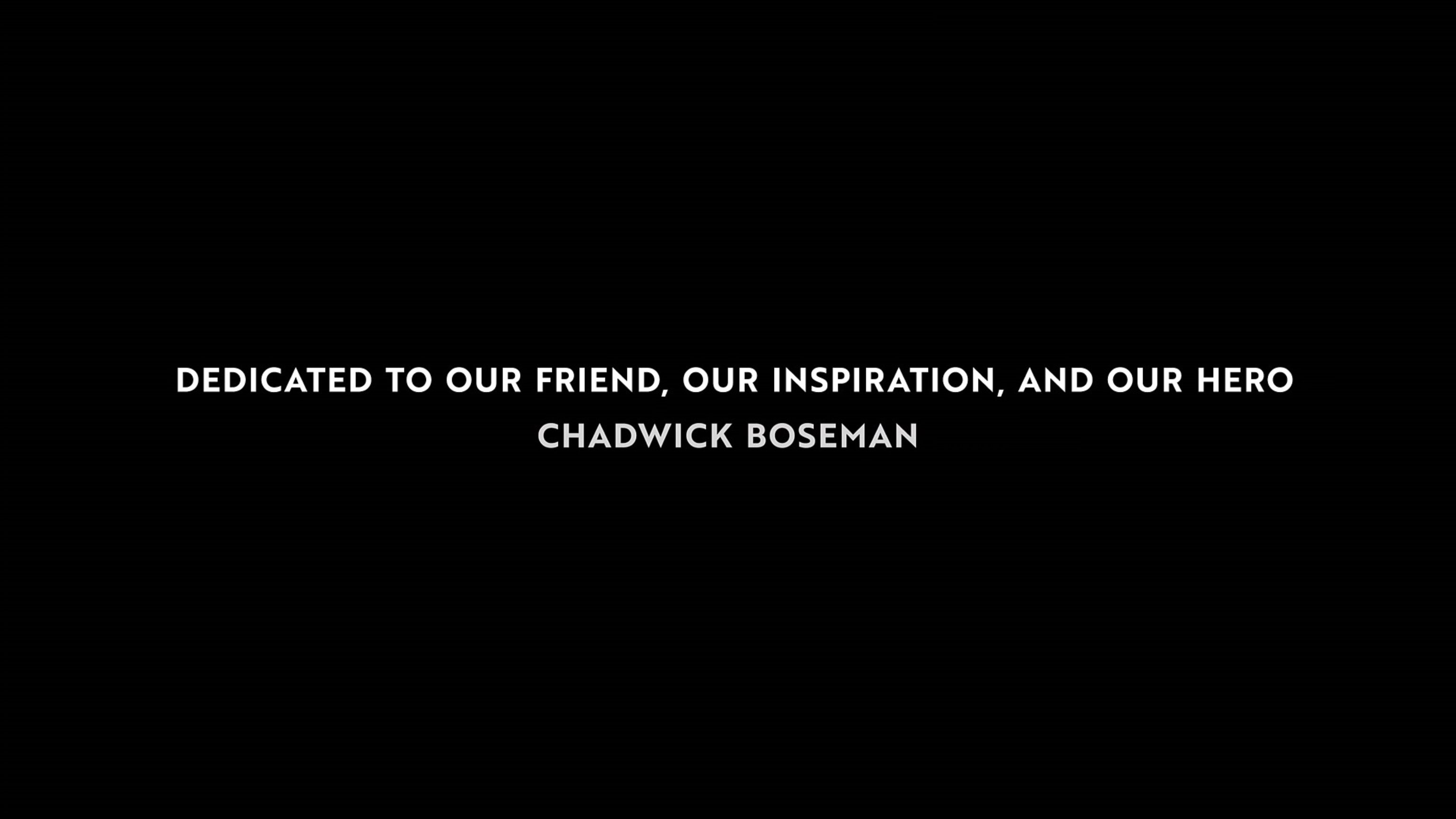 The episode ends with a touching tribute to the late Chadwick Boseman. He voiced T’Challa in this episode and also recorded voices for T’Challa in three other future episodes, so we’ll still have more of the late actor to look forward to. Until then, excelsior!

News
E3 2018: All Hail The "Potato" Shooter That Is Insurgency: Sandstorm

In a gaming field already oversaturated by triple-A military shooters, online shooters, and upcoming shooters, we get this "gem" called Insurgency: Sa...

Good news, team-based shooter and esports fans. The Overwatch League is back again in 2021 this 16th April. https://twitter.com/overwatchleague/sta...

Ubisoft has announced a mobile AR companion app for its upcoming game, The Division 2. Developed in partnership with DDB Paris and Make Me Pulse, The ...