Lost Judgment Tips & Guide: How To Be The Best Detective

Lost Judgment isn’t a difficult game. There are even two tiers of easy difficulty to make things even easier. You’re basically there for the story, the stylish combat or the many minigames featured in the game.

You won’t really need help most of the time, but here are some tips that can improve the experience. On a related note, you can check out our review of the game here.

How To Restore Health 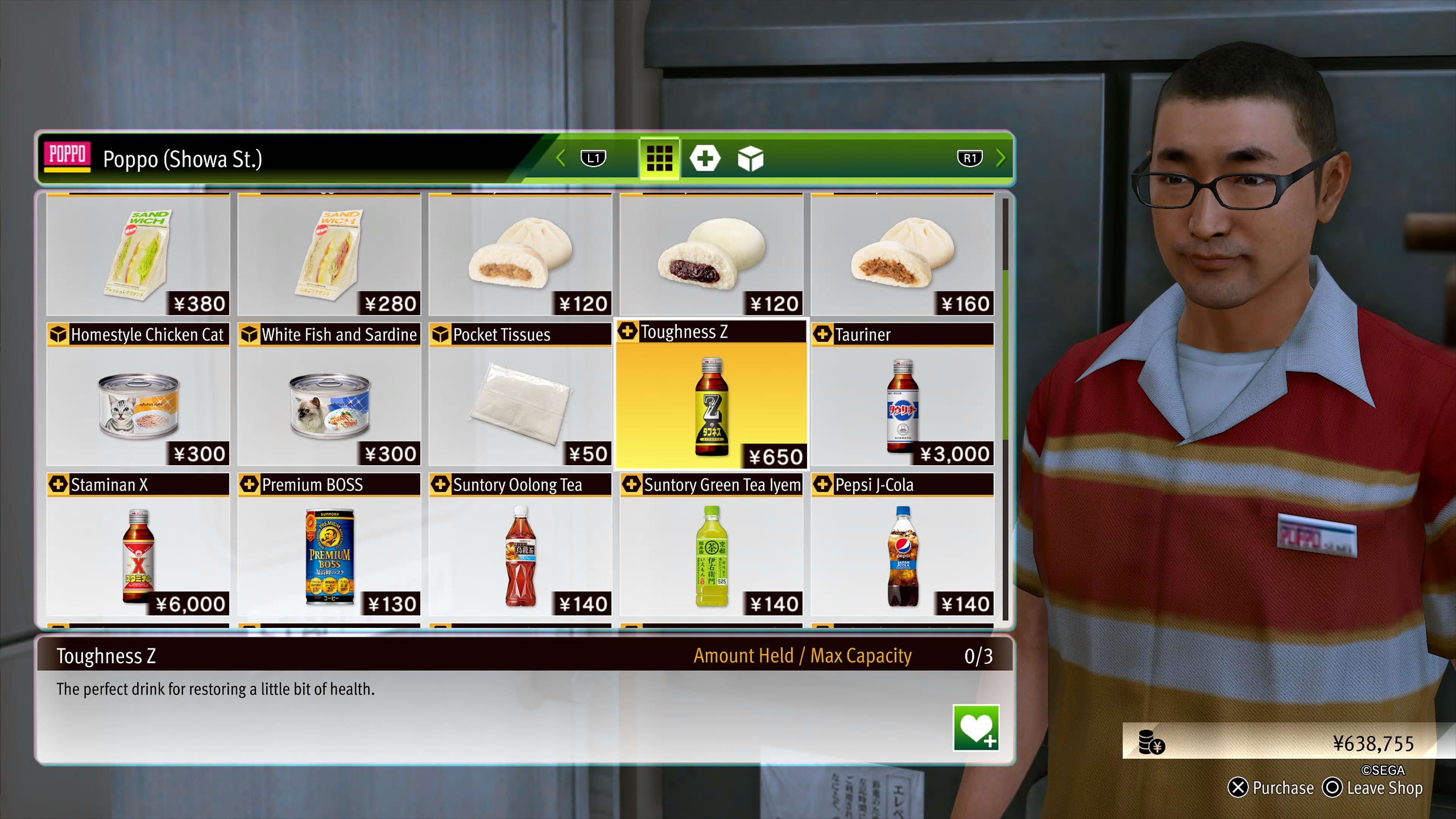 Restoring health might be obvious in other games, but not in Lost Judgment. There were several times I didn’t realise that my health was low so getting hit just once or twice by enemies resulted in my death.

There are only two ways to restore your health. The first is to visit any of the restaurants in the game (they are the buildings with the knife and fork logo). Talk to the vendor in those restaurants and just buy any food or drinks. However, obviously, you can’t do this during combat.

During combat, the only way to restore health is to use consumable food or items like Toughness Z. To use the, you just need to open your main menu with Options, then head to the Items menu and the first tab will be Recovery Items. You can also assign items to the up button on the D-Pad by tabbing over to Shortcuts in the item menu.

There’s also technically a third way, but it’s not practical. Unlock the Music Appreciation skill in the Special Tab of the Skills menu using your SP. This skill will allow you to gradually replenish your health while you listen to music in the Yagami Detective Agency (your home hub). 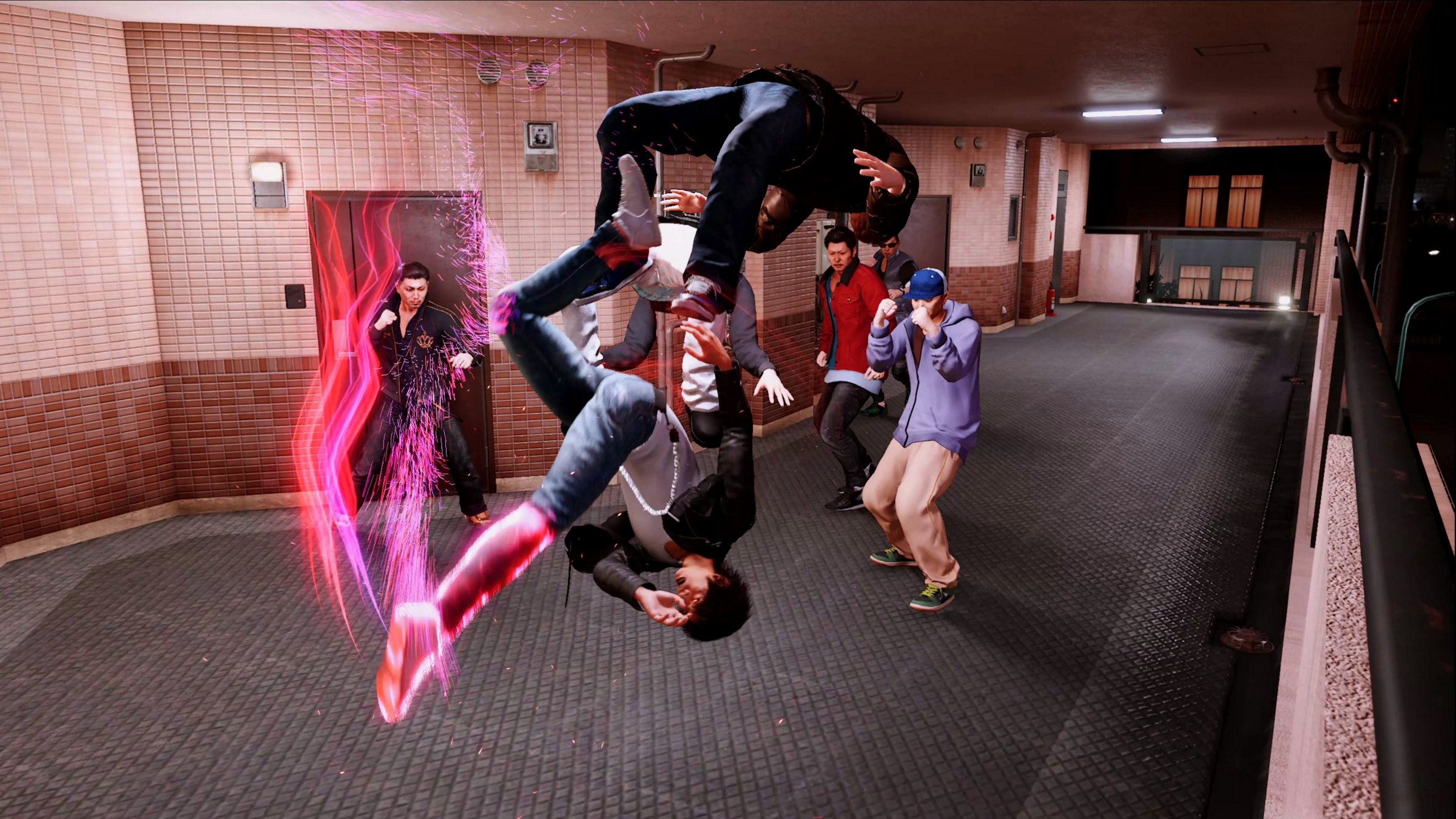 In Lost Judgment, protagonist Takayuki Yagami can change combat stances between three styles: Crane, Tiger and Snake. Crane uses sweeping kicks and is great for handling crowds of enemies, Tiger is great for dishing out damage in general while Snake is best to parry and unarm enemies.

You mainly get SP (the game’s version of experience points) from completing combat encounters, but the amount you get is dependent on how creative you are during combat. If possible, use all three stances in any battle, as well as utilize the environment by executing special EX moves and wield weapons whenever you can (grab bicycles, signs, chairs, etc.).

How To Best Spend Your SP Points 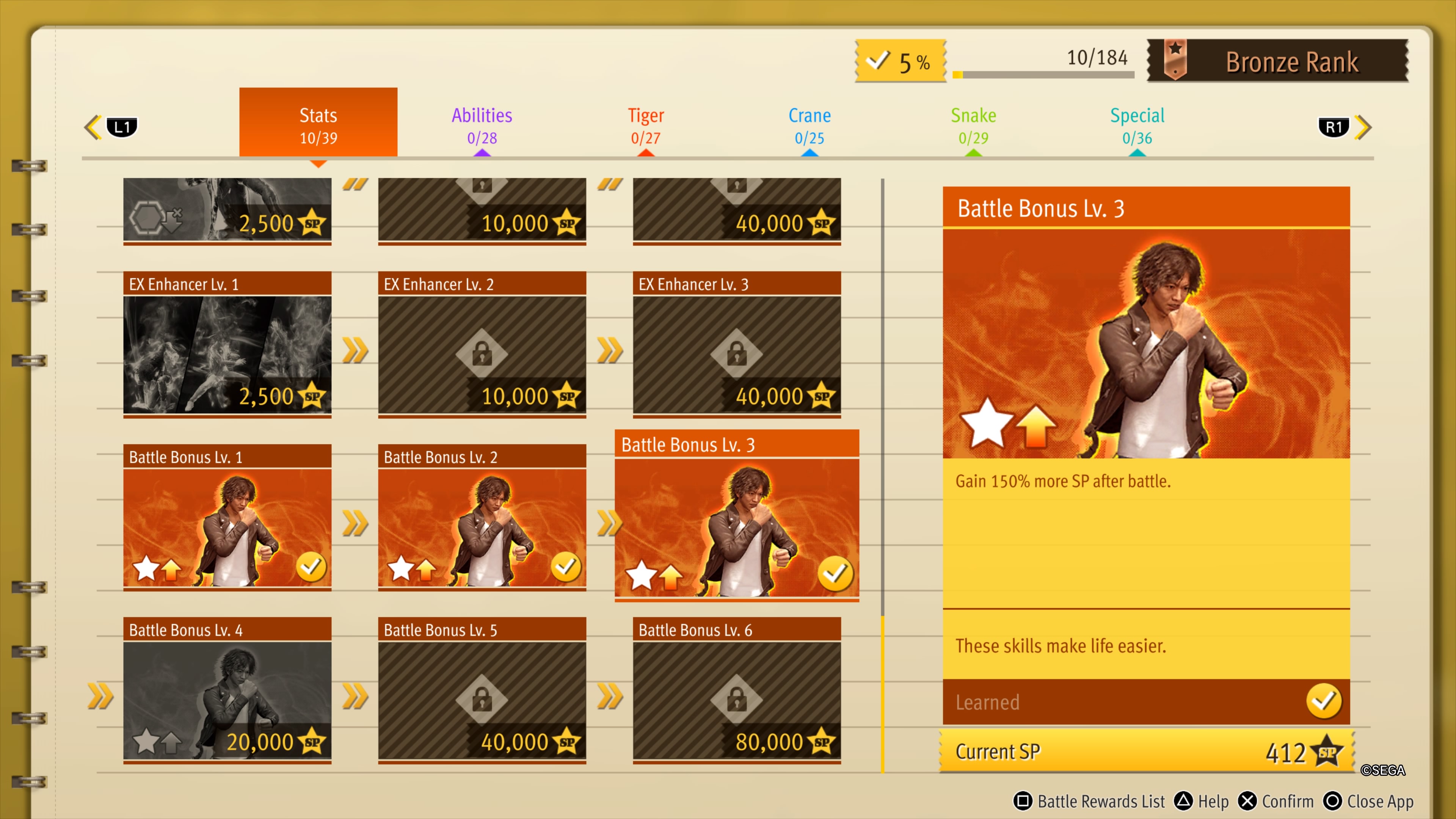 There is no best way to spend your SP points, but you should definitely prioritize several skills in the skill tree. It’s up to your preference, but it’s best to focus on spending your SP on increasing your maximum health and attack damage.

However, even before that, you should get some of the Battle Bonus upgrades, seeing as they can help you gain more SP with every battle, which means that accumulating SP will be less of a grind.

All The Mini-Games In Lost Judgment 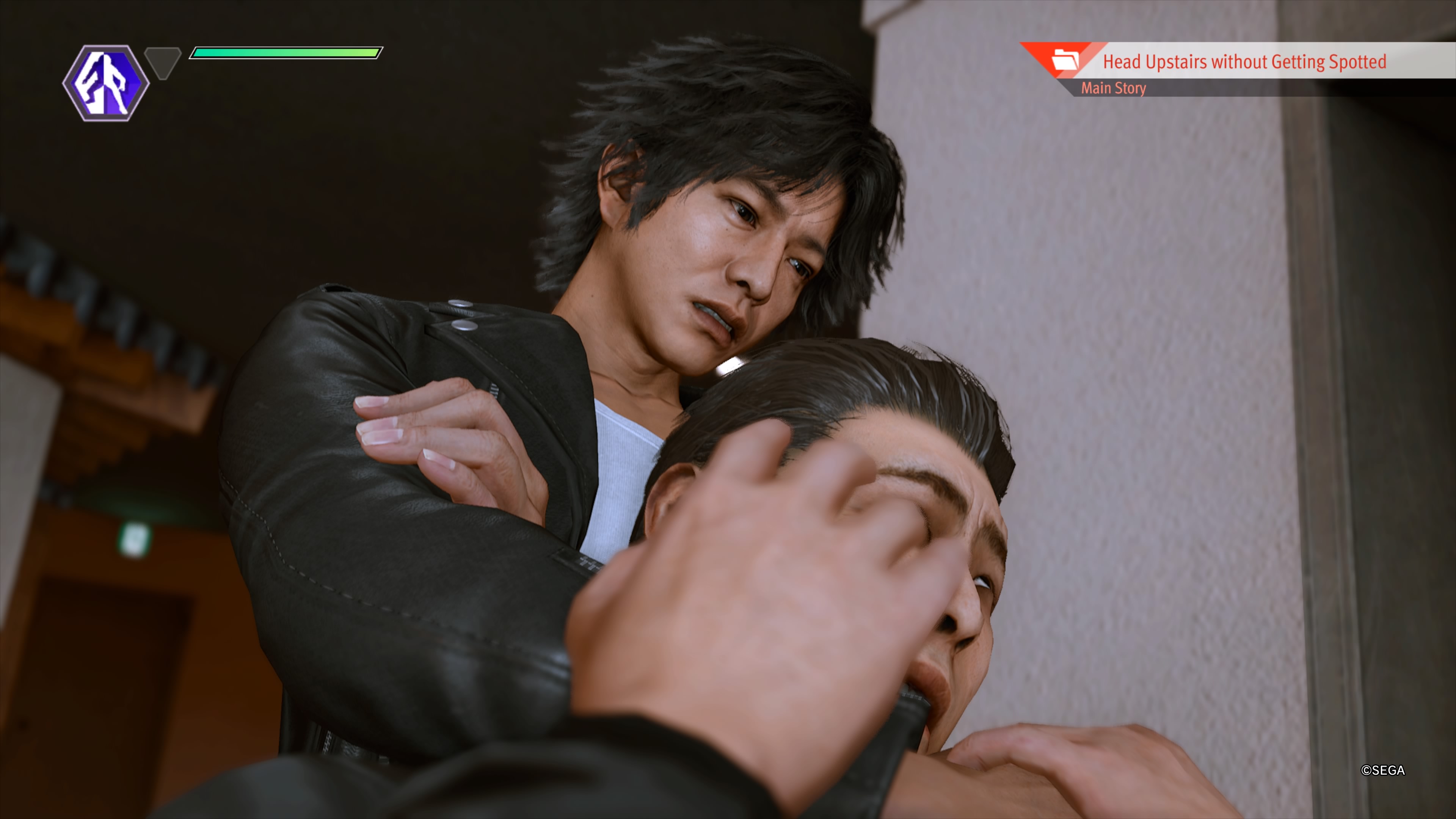 There are many, many mini-games in Lost Judgment.

It’s important to note that not all of these mini-games will be available at the same time or in one place. Some of them are DLC-only while some have to be unlocked first.

Mini-Games That Can Be Played In Versus Mode

Don’t Forget The Side Quests For Extra Money And SP 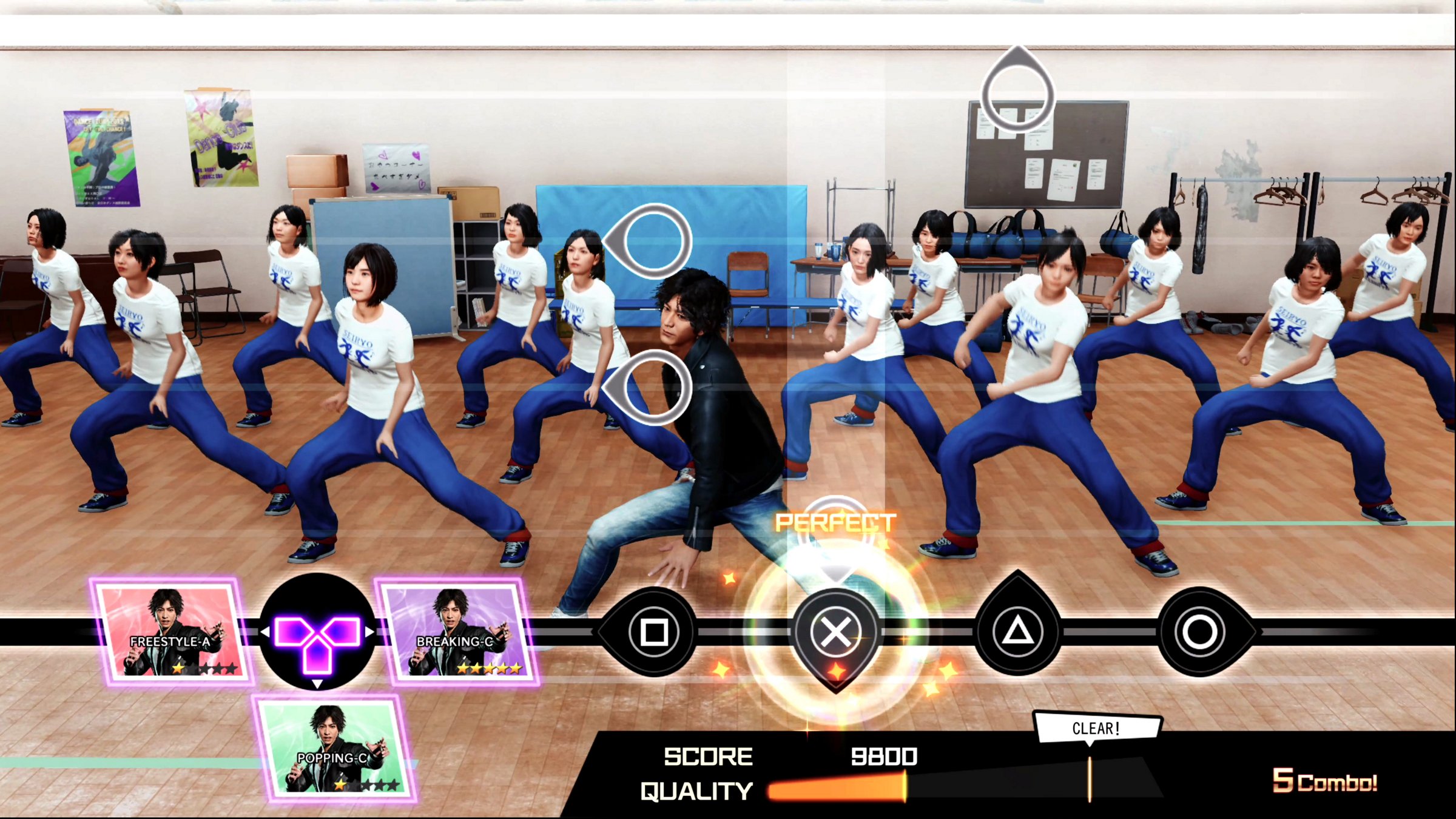 You don’t really need to do any of the Side Cases (side quests) like School Stories. If you wanted to, you can just surf through the story. However, taking the time to do Side Cases will net you a lot more money and SP, in case you need more of those to progress through the main story, unlock more skills or buy the items that you want.

EA will reportedly decide the fate of BioWare's Anthem in the near future. The publisher will decide whether it's worth it to reboot Anthem or if BioW...