Like most embittered Sonic fans, I myself have a love and hate relationship with Sega’s Blue Streak/Blue Blur/whatever he’s called these days. I love the 2D games, but I hate the 3D ones. I love the fact that mixing both 2D and 3D styles can lead to magical results like Sonic Generations, while I hate it when Sega loses sight of its Sonic-making goals like with Sonic 2006 and that one Sonic RPG from Bioware.

2010’s Wii-exclusive Sonic game, Sonic Colors, was a nice and decent 3D speed-driven platformer that I didn’t get to play on its debut because it was a time when I couldn’t give two craps about the mascot’s outing. Now that many years have passed and 3D platformers are few and far between, Sega figured it was the right time to make one of its very few good 3D Sonic titles a multiplatform title for the company mascot’s 30th anniversary. 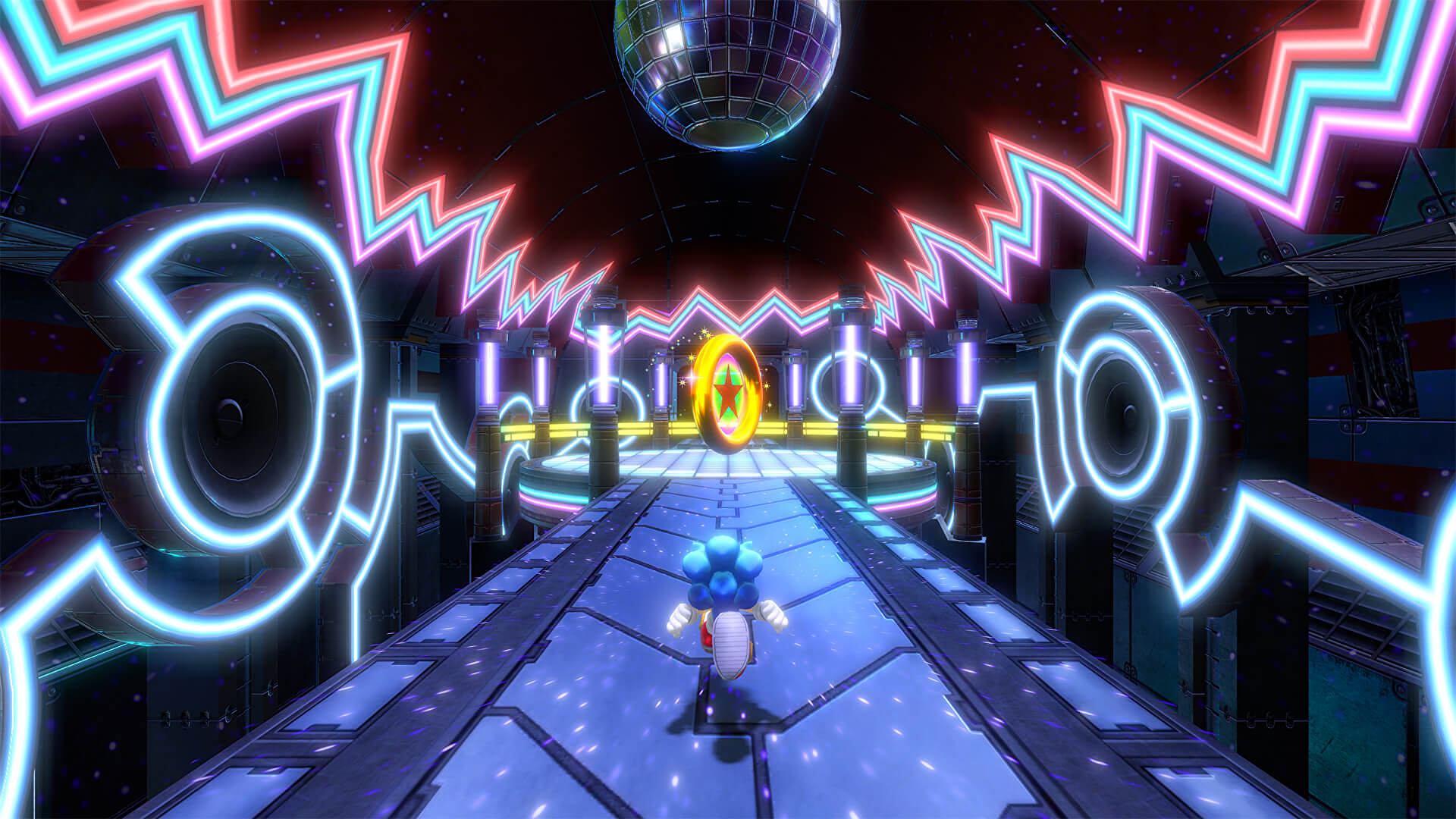 Has the game aged well with its remastered graphics and, well, not much else? Well, it is fun, so I’ll give them that. You play as Sonic as he careens through different theme park planets built by his nemesis Dr. Robotnik. Tails is in here too, but he’s mostly serving as the go-to rescuer when you fall into a pit, and also takes part in the kid-friendly story cutscenes. Yeah, there’s a plot about Sonic & Tails taking down the bad doctor and his plans to use the good-natured aliens in here, but that clearly takes a backseat to the meat of the game: the platforming, the action, and the alien powers Sonic gets to use to advance.

The mandatory gimmick this time is the alien power-ups: Sonic gets to use one ranging from turning certain gems into platforms temporarily to clinging onto platforms as a pink spikeball. These powerups do spice up the platforming and add a ton of variety to the “go right really fast & jump” gameplay, though that bit is really fun too.

The levels are designed to make you think on your feet, mixing rail-grinding sections, 3D running courses with loop-to-loops, and 2D jaunts. They’re all spliced it fine and dandy, even if some of the switches can occasionally be whip-lashingly fast. The space theme and roller coaster rides you’re given are lovely experiences, save for the last few levels in the later stages that rely on luck to survive rather than actual skill or reflexes. I’m looking at you, Terminal Velocity 1.

Outside of those foibles and a few bugs, Sonic Colors Ultimate is a nice mix of 3D Sonic gameplay that stems from the Dreamcast era and 2D classic platforming that put him on the map in the first place. It’s not exactly groundbreaking and the game gets a tad easy from your first playthrough. Plus, the game’s jumping physics and mechanics takes some time getting used to; Sonic doesn’t jump as high as he should even with the double jump.

However, there’s an incentive to replay the title for a better score (and getting Super Sonic mode). And it’s not like you’re going to lean back to Sonic Forces for your new Sonic game fix,Â right?

Madshot, a rogue-lite shooter by publisher HOOK and indie developer Overflow will be coming to Steam Early Access on 9 June 2022. Alright, let's cu...

News
Overwatch Gets Xbox Series Update, But Nothing For PS5 Players. Why?

Developer Blizzard has released a next-gen patch for Overwatch players, but only for the Xbox Series version. The "optimized for Xbox Series X|S en...

EA and Codemasters have revealed a closer look at the leading lights from Braking Point, theÂ new, thrilling story experienceÂ in F1 2021. Featuri...