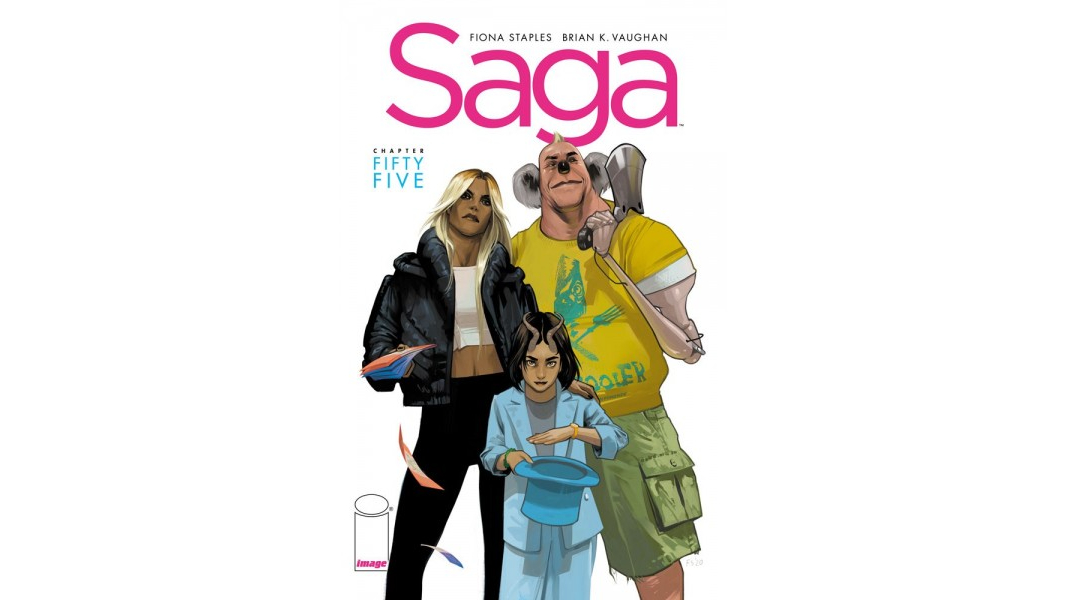 Writer Brian K. Vaughan and artist Fiona Staples have announced the return of one of the best ongoing comics in recent times.

Yes, Saga is finally returning after being on hiatus since July 2018, which is now more than three years ago. Vaughan and Staples made the announcement during New York Comic Con 2021, revealing that Saga will publish its long-awaited 55th issue on 26 anuary 2022.

In an official statement, Vaughan said:

â€œOther than my own family, collaborating with Fiona Staples on Saga is the most important thing in my life, so I canâ€™t thank readers and retailers enough for their patience.

I think our next 54 issues will be even more shocking, strange, and spectacular than the first 54, so we canâ€™t wait to be back on the shelves at your local comic shop soon.â€

The Saga comics feature Hazel and her star-crossed family on an adventure across the galaxy. It is best known for featuring great drama, emotion, thrills and of course, a lot of sex and violence (it’s obviously not for kids). Saga issue 55 will feature 44 pages US$2.99 but without variant covers or gimmicky renumbering. The last issue, number 54, did leave on quite a cliffhanger, so it’s good to see a follow-up after the long wait.

Saga is available for purchase across many digital platforms, including Amazon Kindle, Apple Books, and Google Play.

In other related news, another of Brian K. Vaughan’s comics, Y The Last Man, currently has an ongoing live-action TV series, with a new episode releasing every week on Disney+ Plus Hotstar.