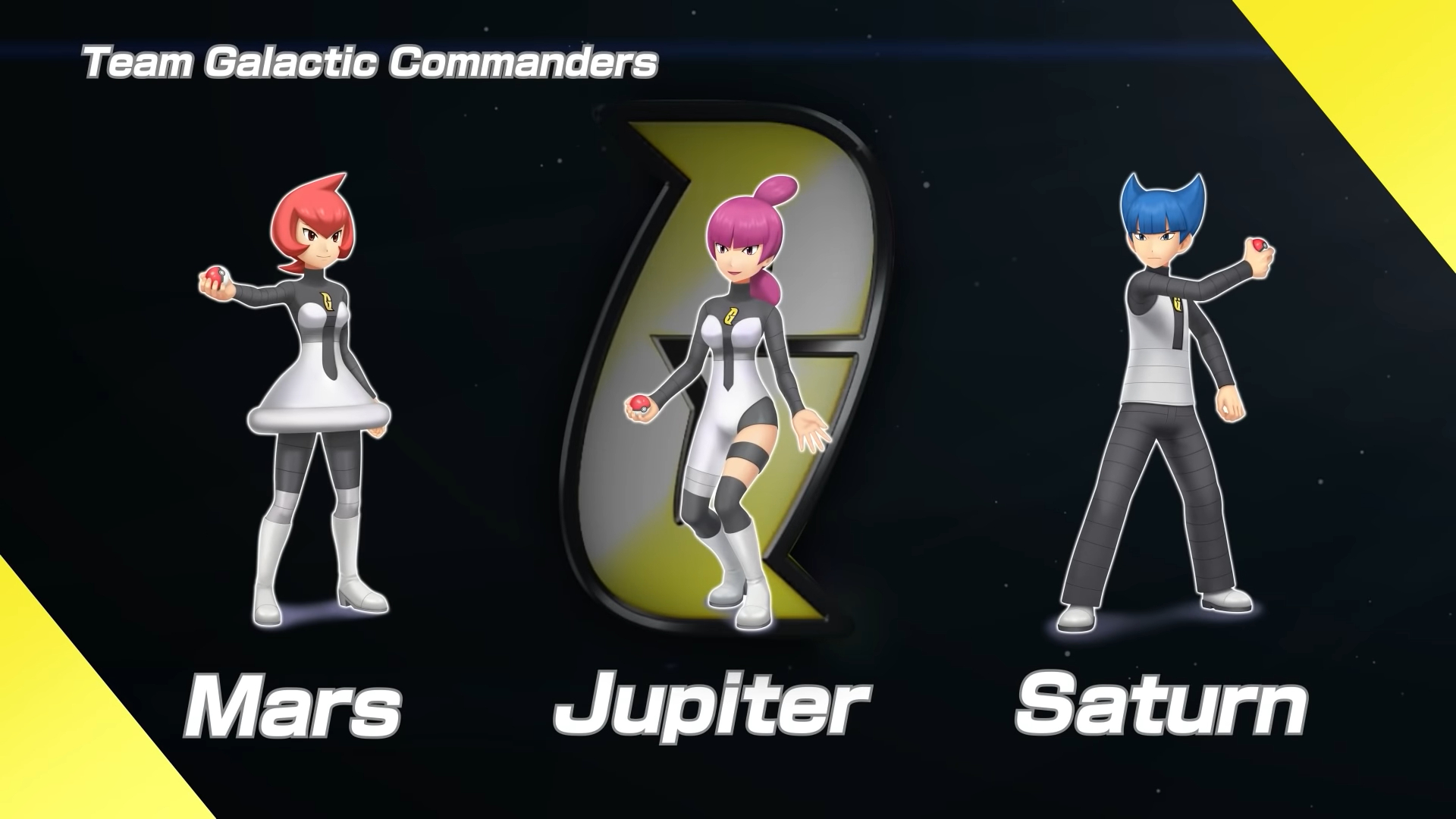 The Boss and Commanders of the Mysterious Team Galactic

Sinnoh features three lakes filled with bountiful water: Lake Acuity, Lake Verity, and Lake Valor. It is said that Legendary Pokemon slumber at the bottom of these lakes.

Get the Platinum Style outfit as a special early-purchase bonus!Â

A gift of the â€œPlatinum Styleâ€ in-game outfit will be given as a perk for early purchase of PokÃ©mon Brilliant Diamond or PokÃ©mon Shining Pearl. You can receive it by choosing Get via Internet from the Mystery Gifts function in game through Monday, February 21, 2022. You can change your outfit at Metronome Style Shop in Veilstone City. By wearing the Platinum Style, you can continue through your adventure dressed like the protagonist of PokÃ©mon Platinum!

Bethesda Shows Off Three New Locations Of Starfield, But...