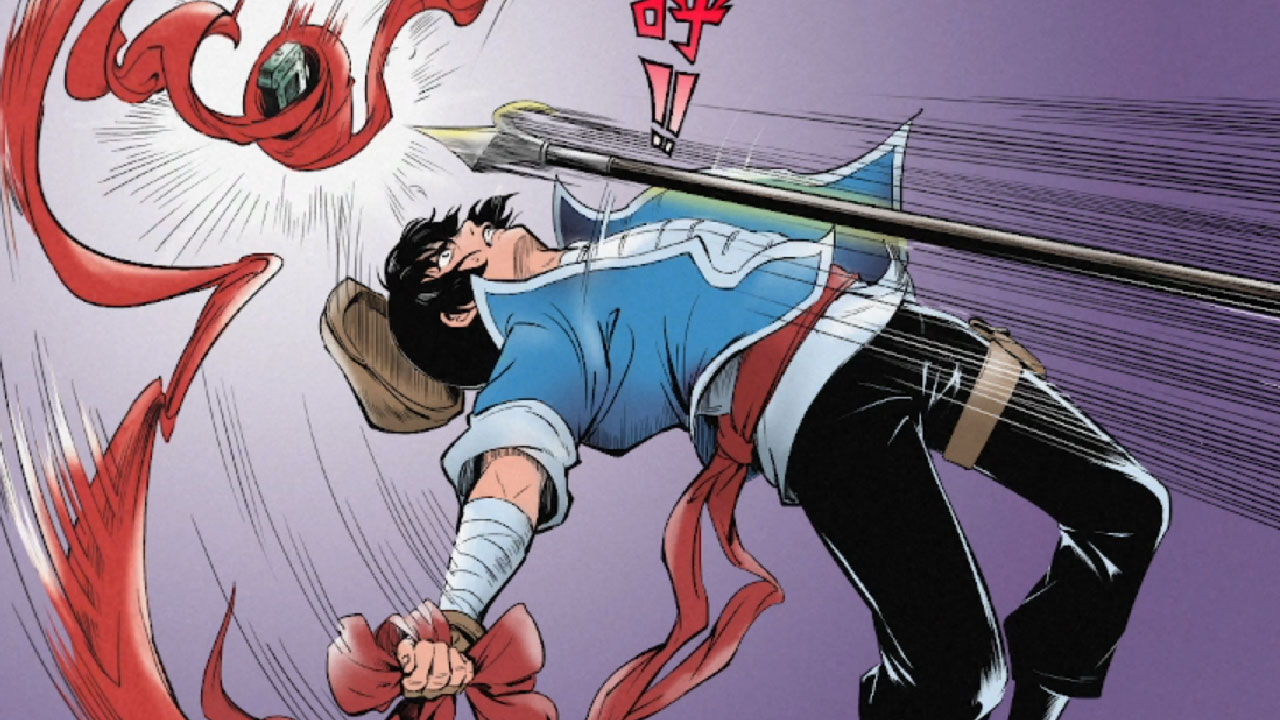 It’s not every day you see a game using Taiwan-Japanese occupation history as a backdrop for an action game, yet here we are. Indie studio Creative Games Computer Graphics Corporation and publisher Neon Doctrine took a chance in setting its 2D title in a rather hectic and possibly controversial timeline in history, and it paid off.

Much like how iD Software and Raven Software made a bunch of shooters set in the 1940s WW2 era, so too does The Legend of Tianding (a remake of a 2004 Flash game as I’ve learnt recently) makes its backdrop unique and stand out. And thankfully, the gameplay is just as dazzling.

Our folk hero Liao Tianding, who is basically Robin Hood but trades a bow and arrow for elite kungfu skills, fights for the people and plans to stop oppression from the Japanese occupation and its high-level supporters. At the same time, he is also dealing with a legendary pirate’s lost treasure that grants its wielder power.

The story is as comic-book and as anime as you can get (with appropriate colourful comic illustrations to match), but it’s fun without stepping on any toes while using the 1900s backdrop, portraying the era’s harshness at times. Coupled with some authentic Hokkien dialect voiceovers from Taiwanese, and you’ve got quite a title that does its heritage proud.

The Legend of Tianding would have faltered if its hero controlled like garbage and its gameplay is less than mundane. That isn’t the case, as Tianding has the grace and finesse of a Super Smash Bros. Ultimate high-flyer character, but arguably better.

Tianding can jump, attack with his default knife, and perform a plethora of kungfu moves he learns throughout the course of the plot. He can also use his red scarf to temporarily nick weapons for himself, using it against his foes for a limited amount of times. These weapons deal a lot of damage compared to his default knife strikes and special moves, so you may need to alternate between these and his one-inch punches for big damage and wall bounce setups.

Suffice to say, all these tools and lovely tight controls equal to the folk hero being able to off 2D equivalents of a Hideki Kamiya action game combo video in the hands of the right player. I’m clearly not that kind of player, but I can air juggle most enemies while dodging blows and gunfire left and right, while also parrying gunshots with well-timed punches. Yes, Tianding is the best kind of action game character.

Warriors Of The Rainbow

The levels themselves aren’t half-bad in their design and scope; there’s ample room for players to kick butt against the horde of soldiers and vagrants to fight against. From an underground military complex to a train stage that’s as lengthy as Taipei 101, the game doesn’t let up and entertains within its 7-hour-or-so runtime.

It’s a pity that some of its quests that forward the story just has Tianding run back and forth giving items to people; it’s the small blemish in an otherwise solid 2D action platforming package that tells its story with a combination of levity and seriousness. I’m also craving more after sorting out the game’s main plot. While The Legend of Tianding has some replayability with its sidequests, its runtime can be short for many.

Still, CGCG and Neon Doctrine has a great foundation to build upon gameplay and engine-wise in the far future; The Legend of Tianding is a great debut with a fresh take on a Taiwan historical setting and some fun-yet-familiar gameplay.